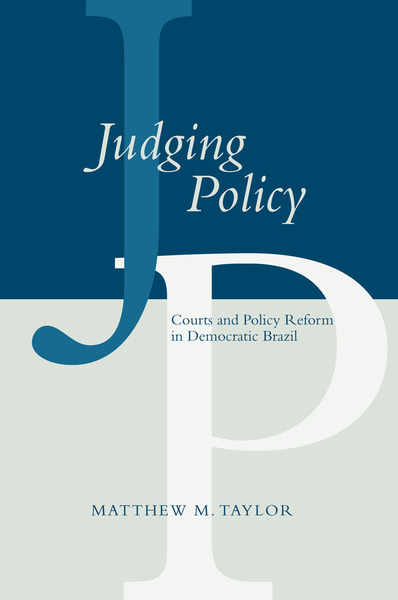 Drawing on the experience of the Brazilian federal courts since the transition to democracy, Judging Policy examines the judiciary's role in public policy debates. During a period of energetic policy reform, the high salience of many policies, combined with the conducive institutional structure of the judiciary, ensured that Brazilian courts would become an important institution at the heart of the policy process. The Brazilian case thus challenges the notion that Latin America's courts have been uniformly pliant or ineffectual, with little impact on politics and policy outcomes.

Judging Policy also inserts the judiciary into the scholarly debate regarding the extent of presidential control of the policy process in Latin America's largest nation. By analyzing the full Brazilian federal court system—including not only the high court, but also trial and appellate courts—the book develops a framework with cross-national implications for understanding how courts may influence policy actors' political strategies and the distribution of power within political systems.

Matthew M. Taylor is Assistant Professor of Political Science at the University of São Paulo.

"Judging Policy is an excellent addition to the growing scholarship on judicial politics in Latin America. The role of courts in policy is strongly inuenced by what kinds of issues arrive on courts' doorsteps. Because courts must be activated by others in order to act, addressing the questions of when and why they are activated, on what policy issues, through which judicial avenues, and by which policy actors, is central to advancing an understanding of courts' policy-making role."

"In a context... where higher court decisions... have directly affected the relationships among the branches of power and redesigned the Brazilian polity, the publication of Matthew Taylor's Judging Policy could not be more opportune.... As the book well highlights, the past 20 years in Brazil's democracy cannot be analyzed without reserving a special place for the role played by Justice institutions."

"Judging Policy is an extremely important contribution to the emerging literature on the political role of judiciaries in Latin America. Taylor combines a sophisticated and nuanced understanding of Brazilian politics, policy-making, and judicial operations with innovative analytic techniques to reach his conclusions on the political uses of Brazil's courts and the implications for other national systems. Beyond its obvious significance for Brazilianists and those concerned with judicial development, the work is essential reading for anyone interested in the changing relations among the traditional branches of government and the issues they pose for governance in the present century."

"Judging Policy is essential reading for those interested in the winding paths of policy reform in Latin America, and a major contribution to the scholarly debate over majority-minority relations and executive-legislative bargaining in the region's largest democracy."

"Judging Policy is an excellent contribution to the emerging literature on comparative judicial politics. Taylor's book uses rich empirical material on a consequential and little known actor, the Brazilian court system, to explore a number of theoretical issues that have not yet received their deserved attention."

"Matt Taylor's excellent Judging Policy goes well beyond analyzing the role courts play in the policymaking of the largest country in Latin America...Taylor's book represents a remarkable effort to link judicial politics to mainstream political science, and in particular, to policy studies." 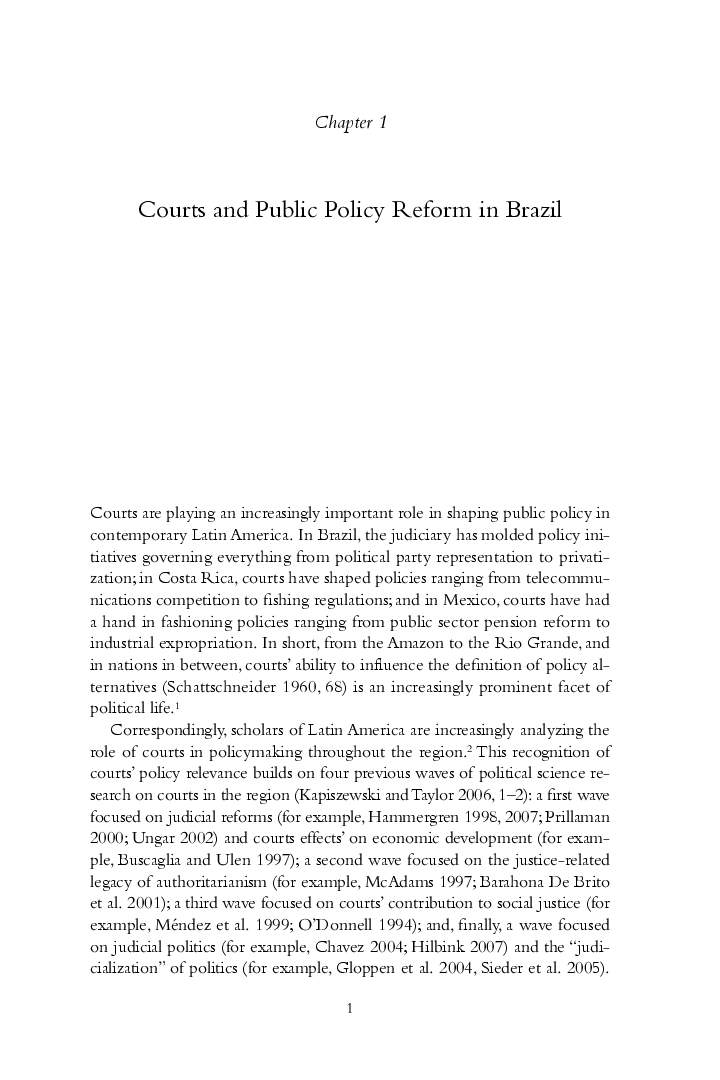 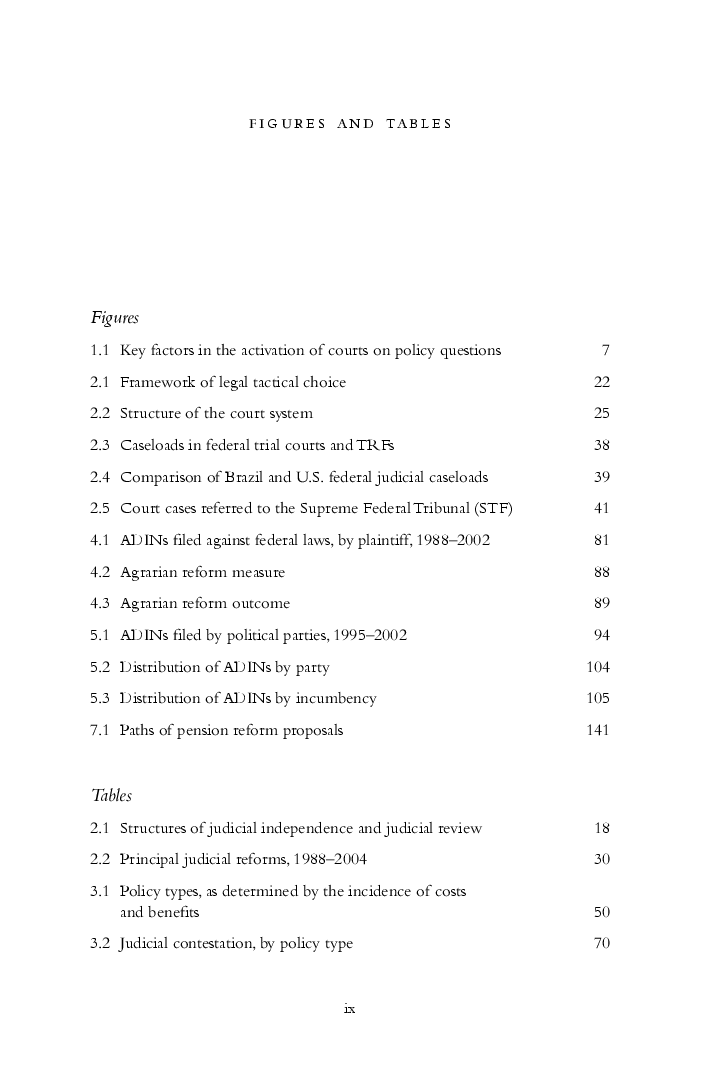 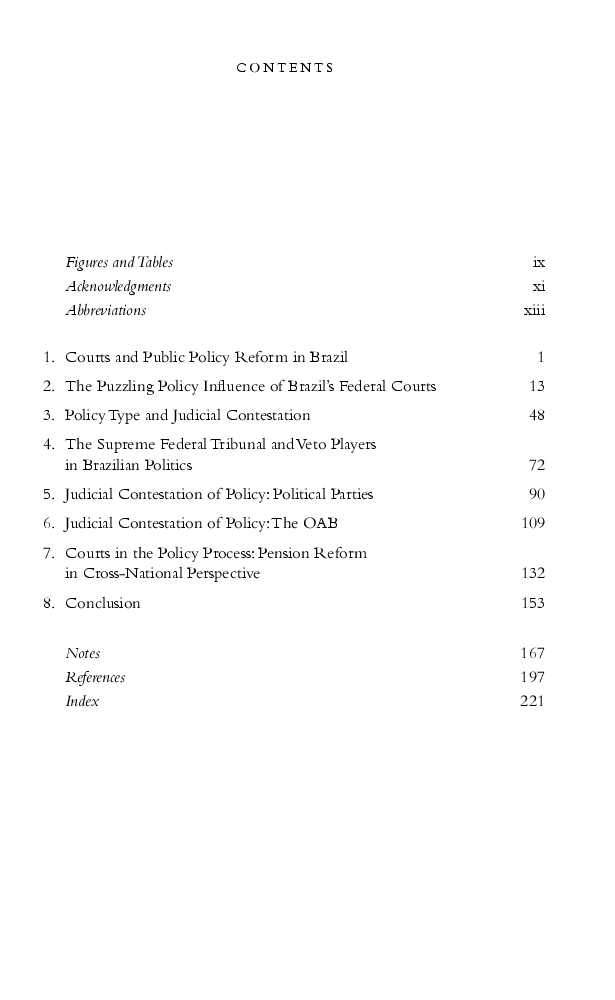