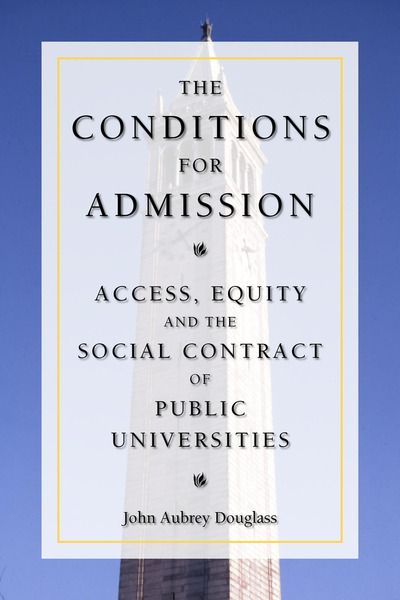 The Conditions for Admission
Access, Equity, and the Social Contract of Public Universities
John Aubrey Douglass

The social contract of public universities—the progressive idea that any citizen who meets specified academic conditions can gain entry to their state university—has profoundly shaped American society. This book offers the first comprehensive examination of admission policies and practices at public universities. Using the University of California, the nation's largest public research university and among its most selective, as an illuminating case study, it explores historical and contemporary debates over affirmative action, gender, class, standardized testing, and the growing influences of privatization and globalization, and indeed the very purpose and future of these important public institutions.

The United States has been the world leader in developing mass higher education, using its pioneering network of public universities to promote socioeconomic mobility and national economic competitiveness. But the author warns that access and graduation rates have stagnated and may even be declining, particularly among younger students. Other countries, including key members of the European Union, along with China, India, and other developing nations, are aggressively reshaping and expanding their higher education systems. The “American advantage” of a high-quality and high-access higher education system is waning. The closing chapters explore why this is the case and the consequences within an increasingly competitive global economy.

"[Douglass] confronts feel-good terms like 'disadvantaged' and 'underrepresented' that defy precise definition... The point of the book is that our popular belief in the social contract that America has with its colleges, that such institutions exist for the public good, is imperiled by dwindling government support."

"The Conditions for Admission economically covers the development of early access policies at the university and devotes majority of its pages to a discussion of modern admissions controversies occurring between UC's 'Master Plan' of 1960 and the present day. The book is lean, engaging, and judiciously supported by documents from UC archives... [The] tension between academic leadership and the volatile political sphere may have forged (and may continue to forge) the social contract celebrated by Douglass's excellent new book."

"John Aubrey Douglass's The Conditions for Admission connects past and present in the enduring policy debates about who goes to college and where. Admissions and access, whether from the point of view of system planners or parents and their children, provides the focus for putting the complex experience at the heart of serious analysis of American educational institutions and society."

—John Thelin, The University of Kentucky

"The Conditions for Admission expands our understanding of America's pioneering breed of public universities and confronts the real and often ignored differences between public and independent universities. The author notes that the United States is arguably no longer preeminent in its effort to build a high access and high quality network of colleges and universities—a lead lost in part by a decline in government investment, but also by the increased demands of a constituent-driven society and by the actions of the institutions themselves."

"California has been in the eye of the storm regarding university admissions, access, and affirmative action. John Douglass has been studying these issues for years and his new book provides a penetrating analysis of how changing access to the University of California has altered the historic social contract between higher education and the state. It should be read by everyone concerned about the question of equity and access to higher education in America."

"John Aubrey Douglass brilliantly captures the dilemmas facing admissions at public universities in The Conditions for Admission: Access, Equity, and the Social Contract of Public Universities Douglass is to be congratulated for crafting a volume on public university admissions that complements the current flourish of publications on the private sector. There are other new books that range beyond the elite sector, but Douglass's treatment of public universities is unsurpassed." - John A. Soares, review in Academe, and author of The Power of Privilege: Yale and America's Elite Colleges 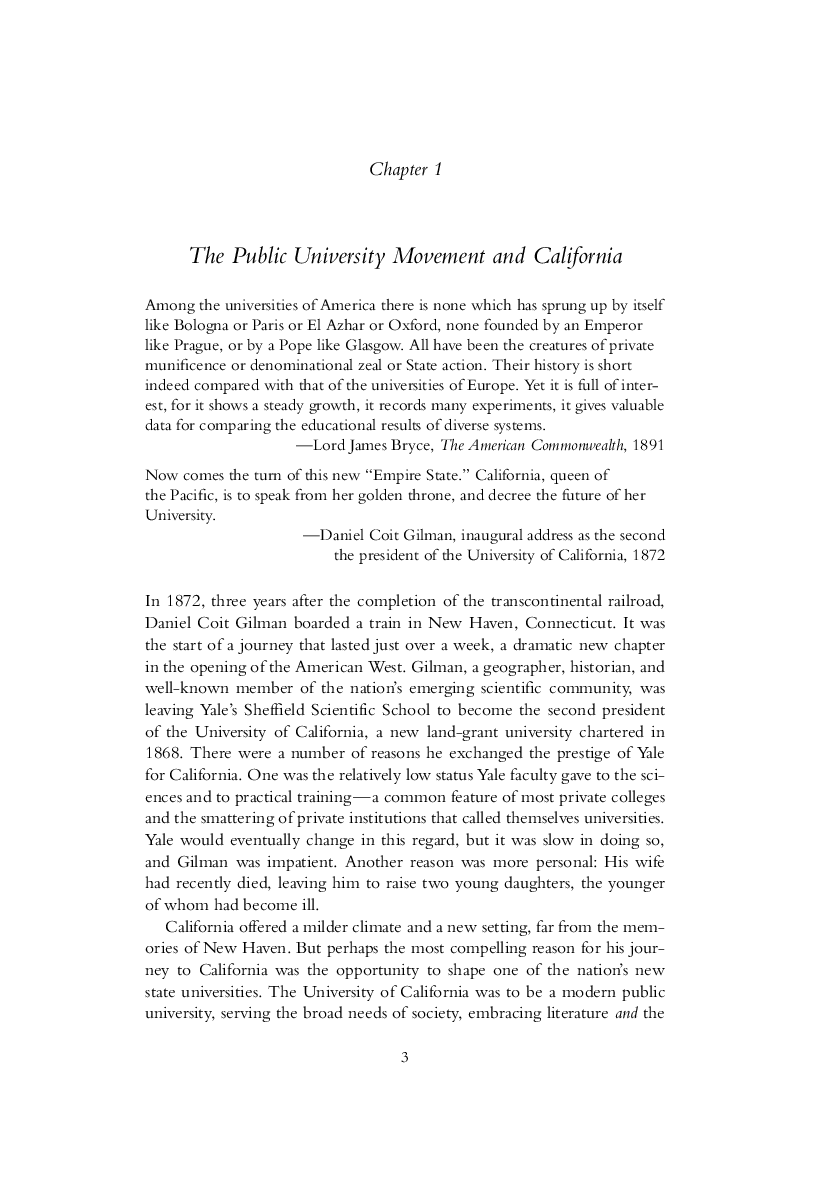 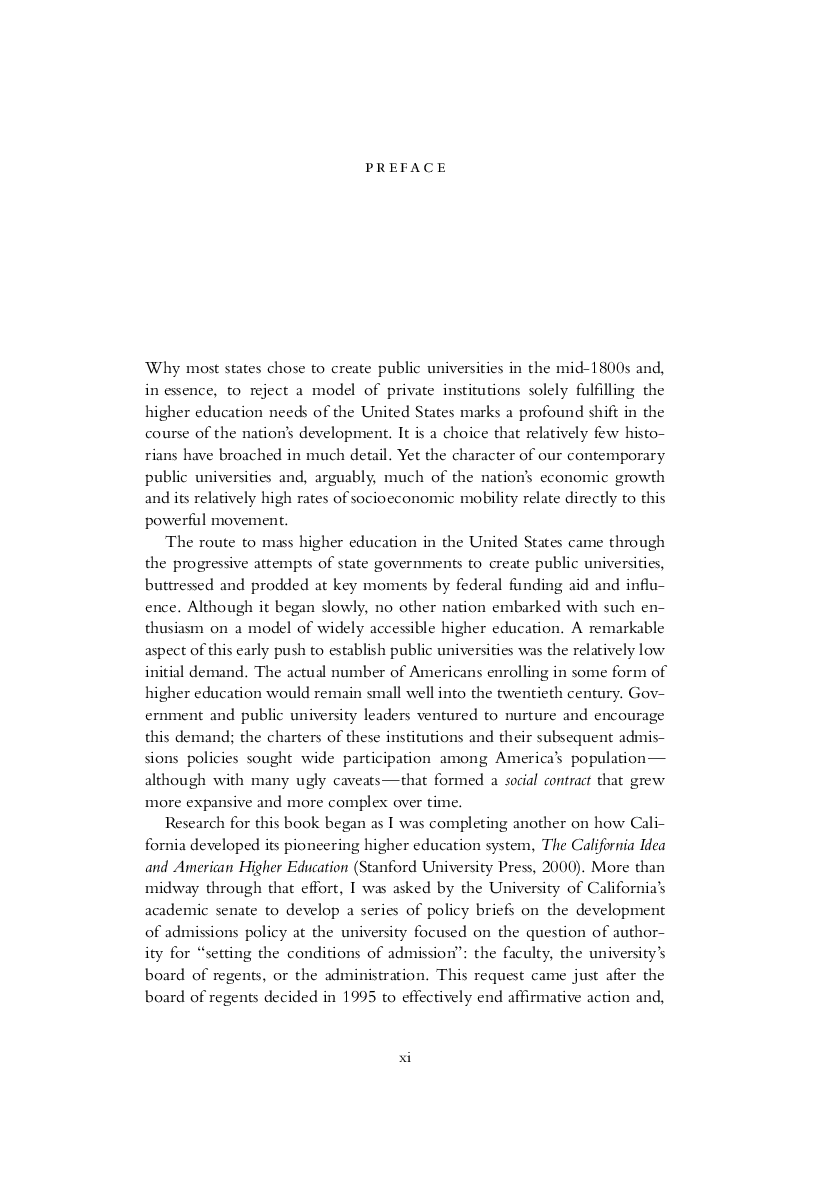 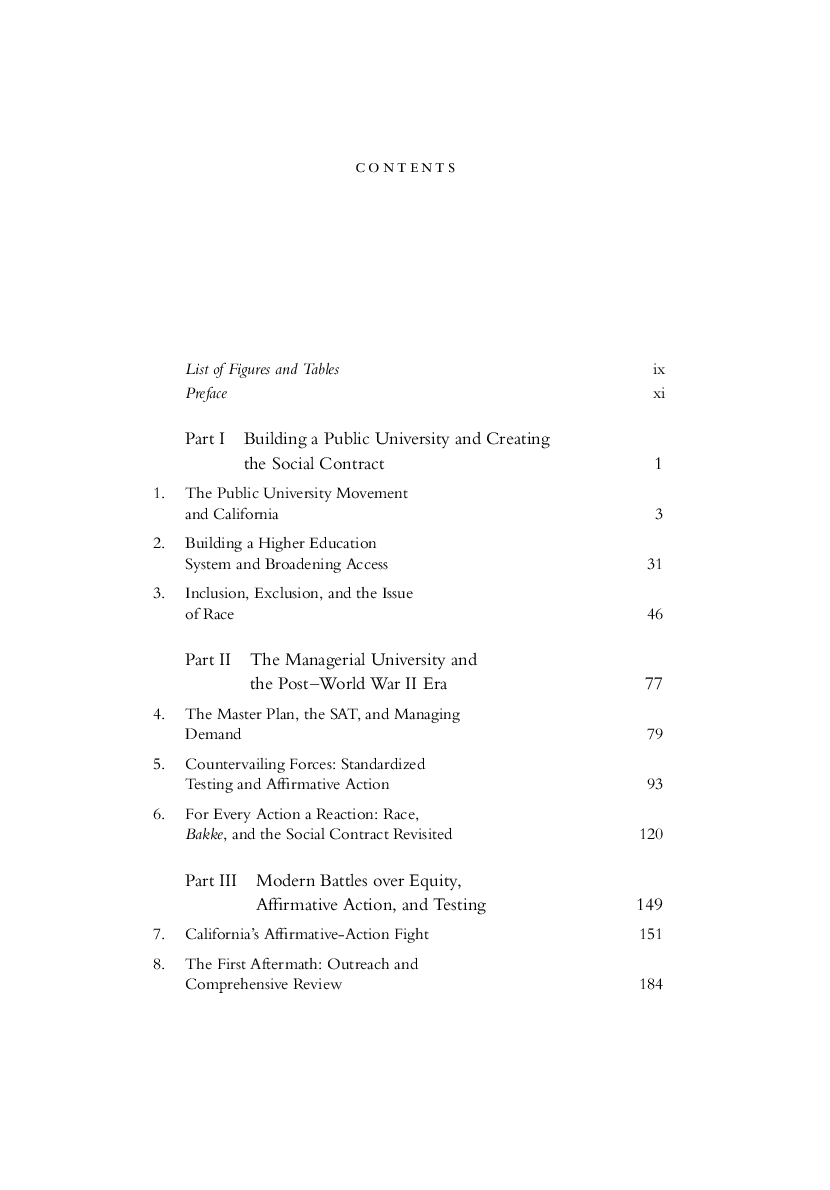