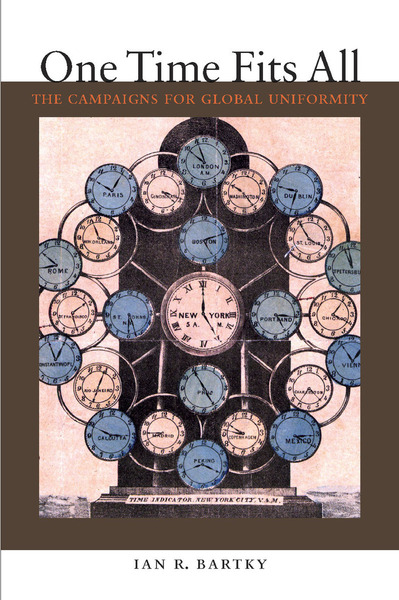 One Time Fits All
The Campaigns for Global Uniformity
Ian R. Bartky

One Time Fits All provides the first full framework for understanding attributes of civil time, which is used throughout the world today. It focuses on three components of uniform time all linked to the prime meridian at Greenwich—the International Date Line, the worldwide system of Standard Time zones, and Daylight Saving Time (Summer Time)—tracing the story of their beginnings and eventual acceptance from original sources in Europe, Great Britain, Canada, and the United States. The book concludes with an examination of the recent changes in America's Daylight Saving Time that are scheduled to take effect in 2007.

Ian R. Bartky is a retired federal government scientist who has written and lectured extensively on numerous aspects of the public's time. He has done analyses for Congress and testified before it on technical issues associated with Daylight Saving Time. His previous book, Selling the True Time: Nineteenth-Century Timekeeping in America, was published by Stanford University Press in 2000.

"Anyone interested in time who thinks that his or her timepiece is 'very accurate' should find this work of interest, for it clearly documents just how the measuring and recording of time is really a creation of man . . . [One Time Fits All] is well documented and well written. Moreover, there are numerous photos of, and tidbits about, those who have played a role in this drama."

"Perhaps the greatest globalizing force—long before globalization found its name—was the vast effort to coordinate date and time-keeping in the nineteenth and early twentieth century. It was an effort that drew in astronomers and mariners, train magnates and politicians: an astonishing campaign that gave us regulated time around the planet. In One Time Fits All, Ian Bartky, one of our clearest and most accurate historians of time, presents us with a remarkable, readable, and international history of this period. And in the process he clears up a myriad of misunderstandings and distortions that have cluttered the field for a several generations. I recommend it with great enthusiasm."

"The subject of this book is the history of three aspects of time and travel: the International Date Line, the world's standard time zones and Daylight Saving Time For readers wanting to know absolutely everything about the subject step by step, this book is an absolutely must. For them it will be a standard reference book."

"One Time Fits All deals with five campagains for global temporal standardization . . . Each of these campaigns is tied to separate yet overlapping histories, a multiplicity of actors, and a series of complex debates, all of which Bartky's highly accessible account disentangles."

"This is a broad study that will interest historians not just of astronomy but also of modern culture, politics, science, technology, and transportation, covering as it does the emergence of datelines, meridians, global times zones, and seasonal clock shifting during the last century and a half."

—Journal of the History of Astronomy

"Barkty's book is a well-written technical narrative that shows how the history of cartography should be written. Its conceptual depth gives us insight not only into what is the end product of cartographic and geodetic research, a map, but more importantly delves deeply and with methodological rigour into the scientific, cultural and political happenings that are at the very foundations of cartographic science and production." 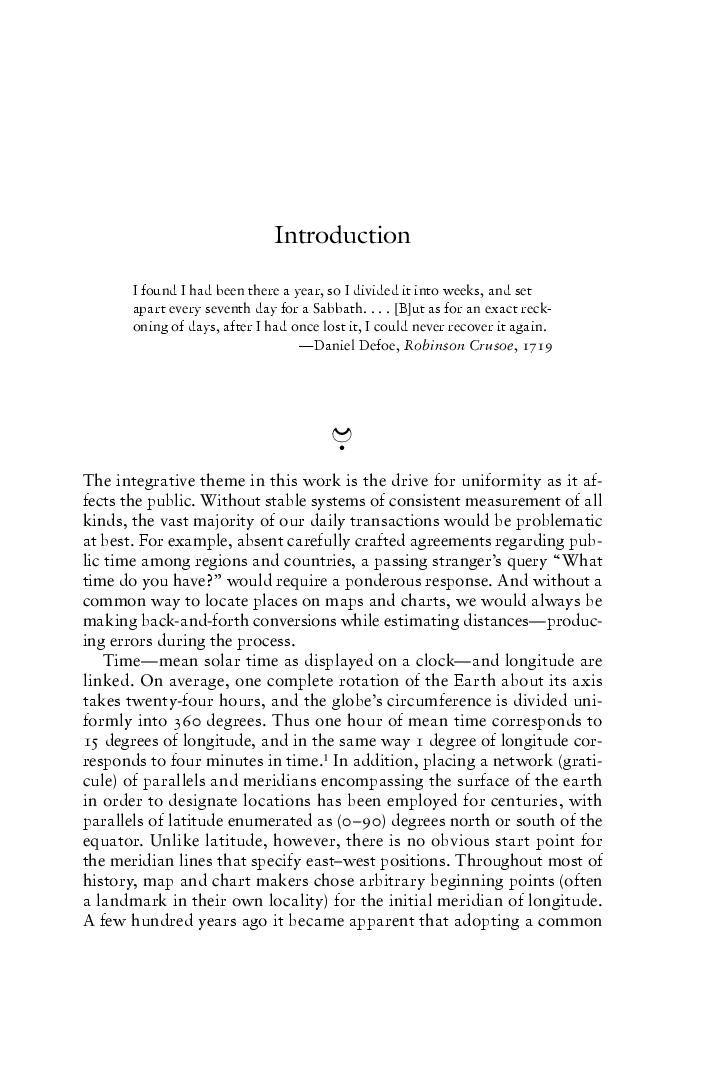 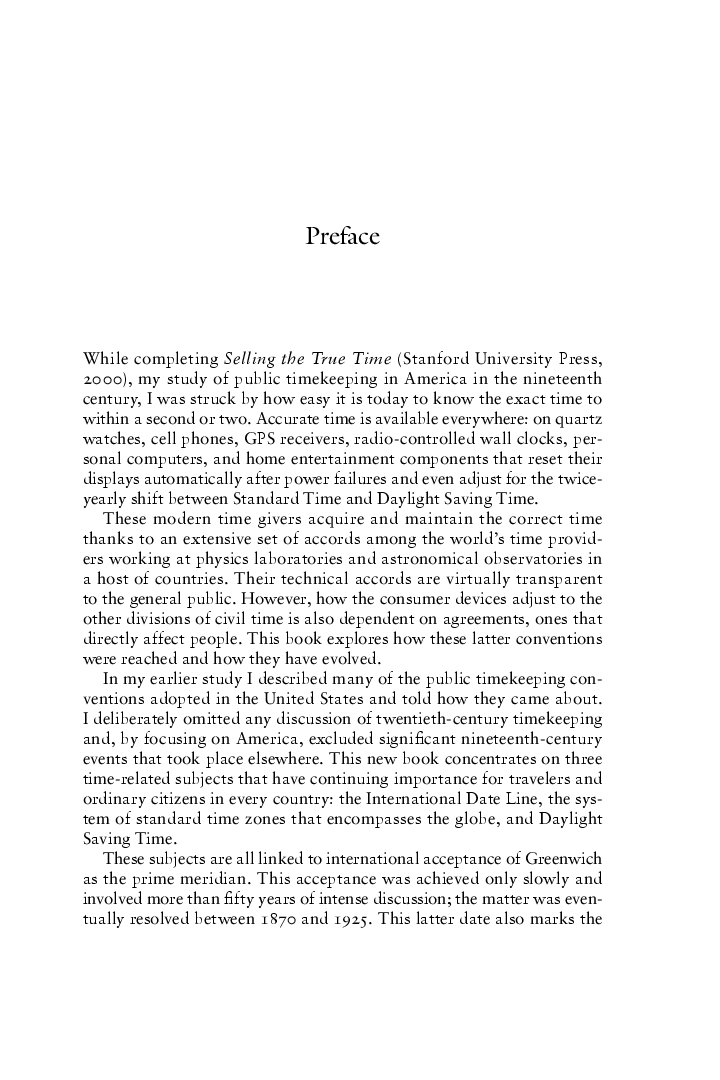 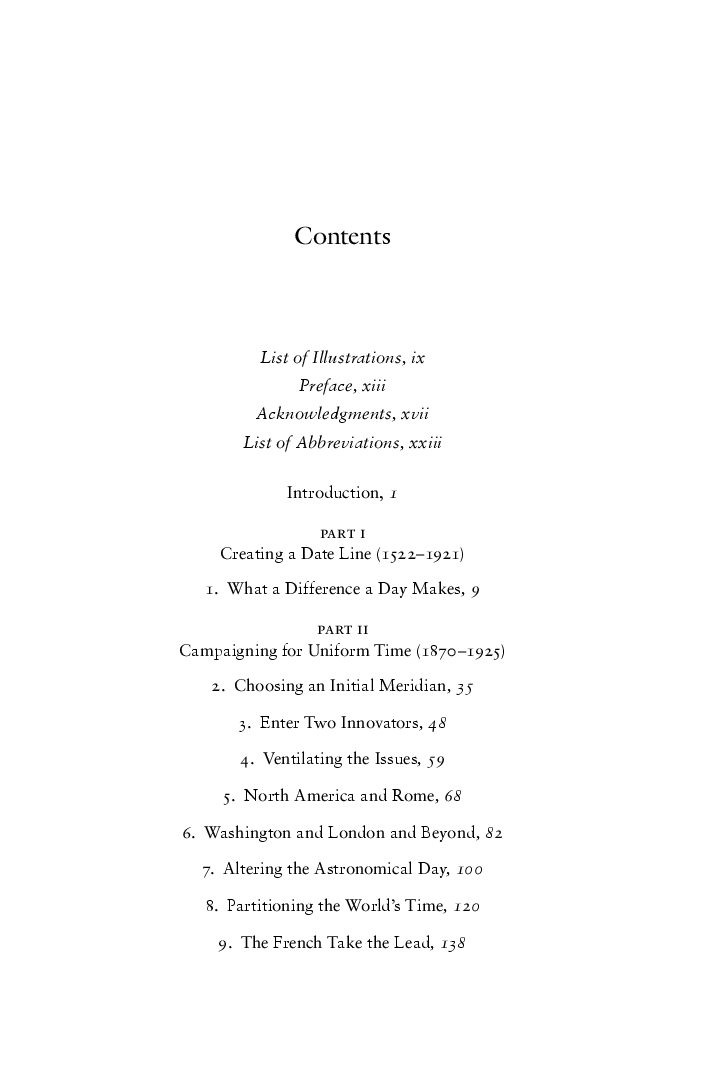