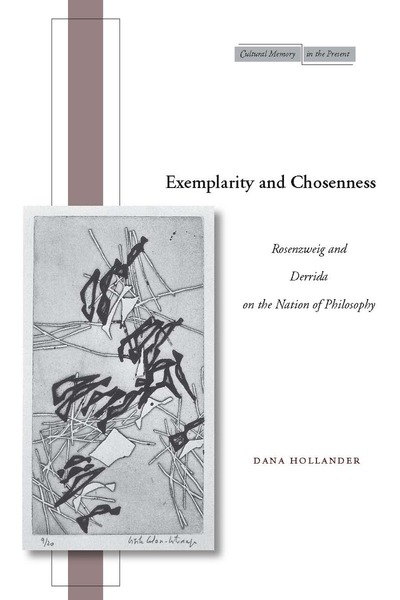 Exemplarity and Chosenness
Rosenzweig and Derrida on the Nation of Philosophy
Dana Hollander
SERIES: Cultural Memory in the Present

Winner of the 2009 Symposium Book Award, sponsored by the Canadian Society for Continental Philosophy.

Exemplarity and Chosenness is a combined study of the philosophies of Jacques Derrida (1930-2004) and Franz Rosenzweig (1886-1929) that explores the question: How may we account for the possibility of philosophy, of universalism in thinking, without denying that all thinking is also idiomatic and particular? The book traces Derrida's interest in this topic, particularly emphasizing his work on "philosophical nationality" and his insight that philosophy is challenged in a special way by its particular "national" instantiations and that, conversely, discourses invoking a nationality comprise a philosophical ambition, a claim to being "exemplary." Taking as its cue Derrida's readings of German-Jewish authors and his ongoing interest in questions of Jewishness, this book pairs his philosophy with that of Franz Rosenzweig, who developed a theory of Judaism for which election is essential and who understood chosenness in an "exemplarist" sense as constitutive of human individuality as well as of the Jews' role in universal human history.

Dana Hollander holds the Canada Research Chair in Modern Jewish Thought at the Department of Religious Studies, McMaster University. Her areas of research are continental philosophy, modern Jewish thought, and German-Jewish studies. She is the translator of Jacob Taubes's The Political Theology of Paul (Stanford, 2004).

""To read Dana Hollander's Exemplarity and Choseness: Rosenzweig and Derrida on the Nation of Philosophy as merely a well-written, through, and clear commentary on the thought of Jacques Derrida and Franz Rosenzweig would be a mistake....Hallander's book...is far more ambitious....Finely polished and compelling."

—Sarah Hammerschlag, The Journal of Religion.

"Dana Hollander's Exemplarity and Chosenness represents a major contribution to the study of Derrida and Rosenzweig and the rapidly expanding field of new religio-philosophical studies. The scholarship represented here is extraordinary in both range and depth. Hollander's ability to draw subtle and profound connections between texts is remarkable. Her fine analytic and literary readings produce strong new insights and original formulations of the problematics of nationalism, universalism, and exemplarity. This is a book that must be read by anyone interested in Jewish Studies, religion and philosophy, or critical theory today." 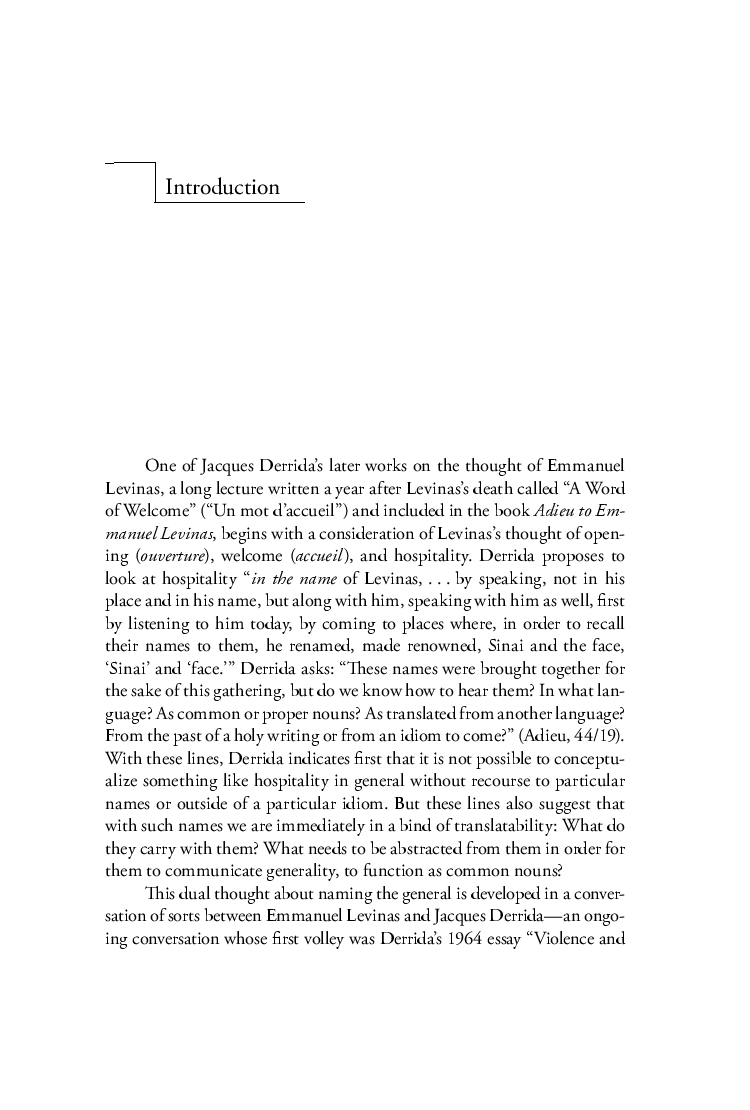 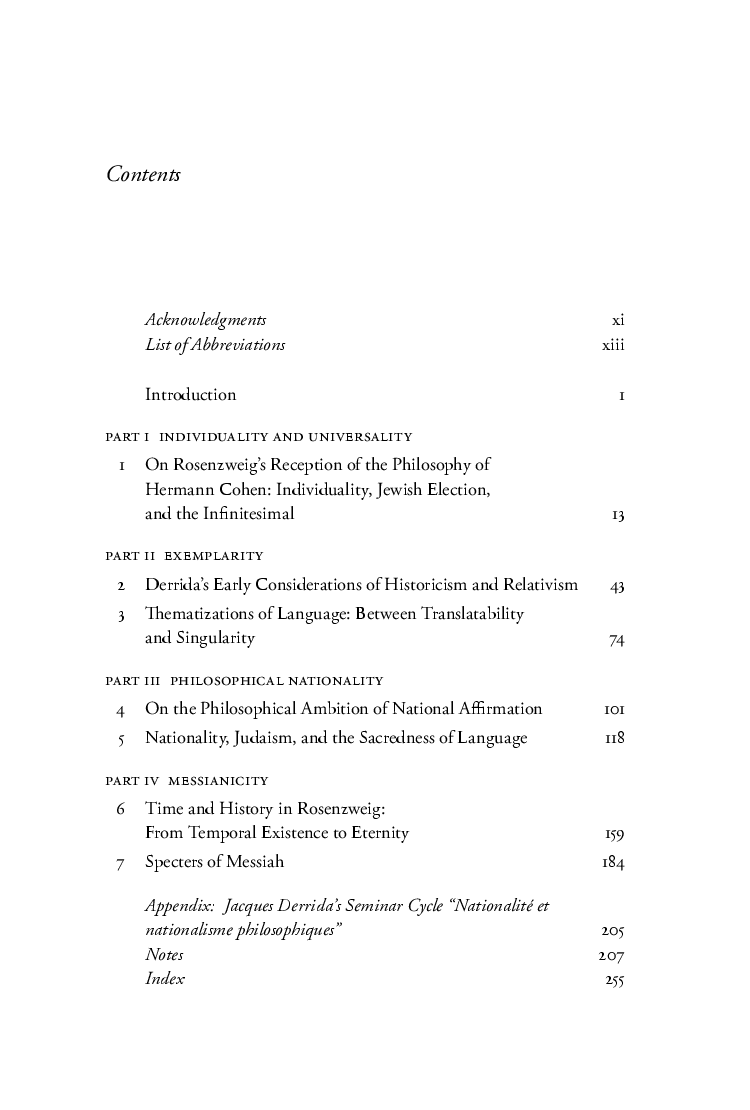