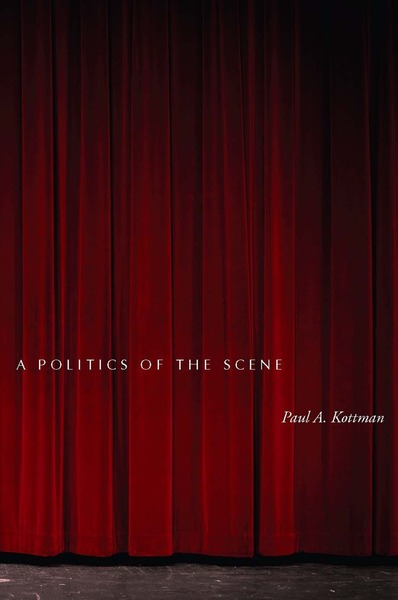 A Politics of the Scene
Paul A. Kottman

Juxtaposing readings of three plays of William Shakespeare and two major treatises in political philosophy—Plato's Republic and Thomas Hobbes's Leviathan—Kottman contests the figural ground from which political philosophy emerges and suggests how a Shakespearean sense of the 'scene' might open up new avenues for thinking about politics. A Politics of the Scene builds especially on the reflections of Hannah Arendt and offers a speculative approach to politics that abandons taxonomical and scientific ambitions in order to finally reckon with the world as a stage.

"A Politics of the Scene is a closely argued but beautifully written book about the centrality of drama for the discourse of political philosophy. The claims of the latter, Kottman argues convincingly, have their origins in the metaphor of the stage, even while they seek to deny its significance. This book contests what Kottman calls the 'figural ground' from which political theory emerges in the West and attempts to replace that theory with a new category for thinking about political life today: the scene."

"The brilliance and originality of this book consist specifically in its radical recasting of the metaphorical, figural use of 'theater' and 'drama.' 'Theory' and 'theater,' Kottman reminds us, come from the same etymological root. This splendid book should considerably interest both theorists and those attracted to the immediacy, particularity, and relationality of the theatrical experience." 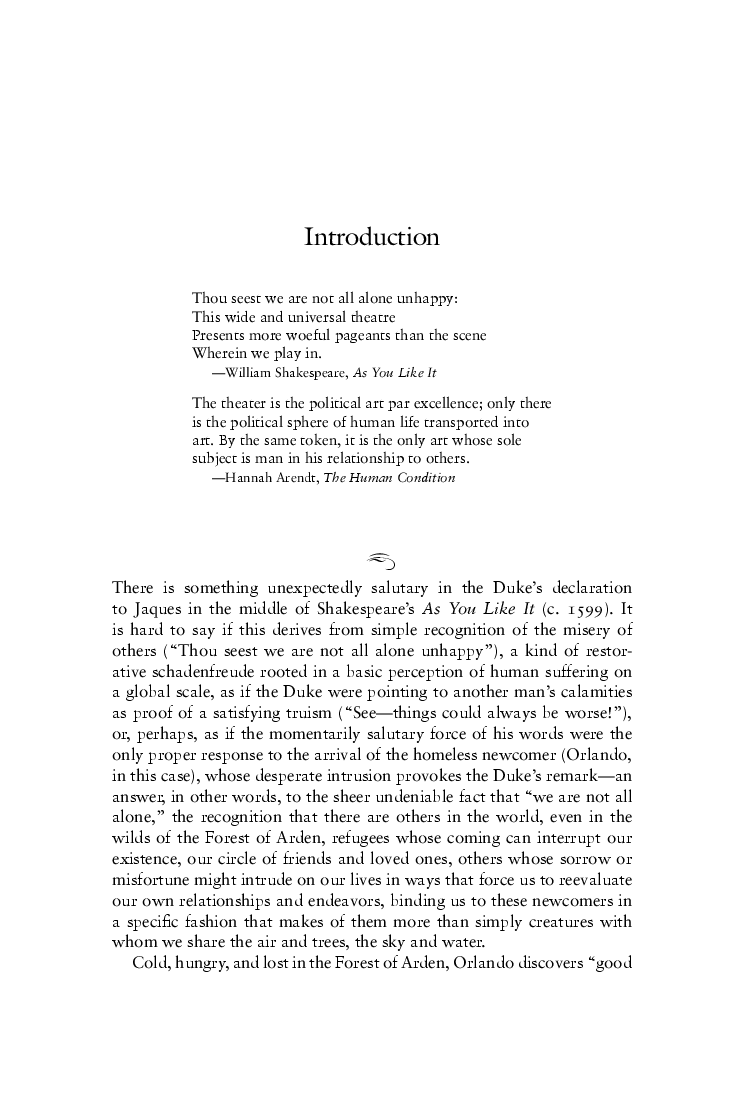 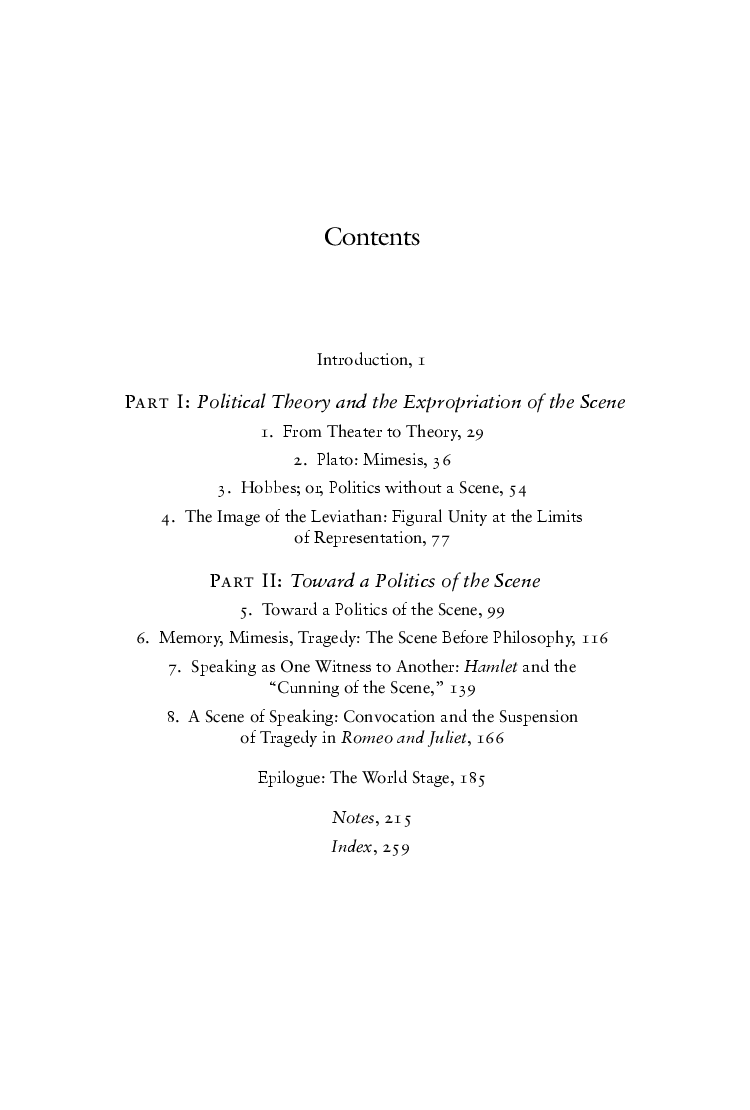