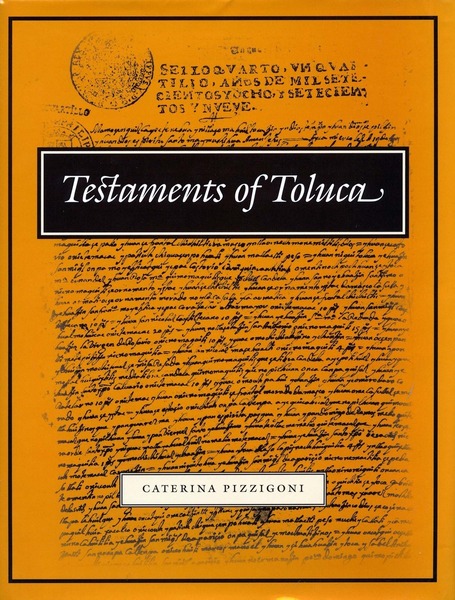 Testaments of Toluca
Edited, Annotated, Translated, and with an Introduction by Caterina Pizzigoni

Testaments written in their own language, Nahuatl, have been crucial for reconstructing the everyday life of the indigenous people of central Mexico after Spanish contact. Those published to date have largely been from the sixteenth and early seventeenth centuries. Testaments of Toluca presents a large body of Nahuatl wills (98) from 1652 to 1783 from an important valley not much studied, thus greatly enlarging our perspective on the evolution of indigenous society and culture in central Mexico. Each testament is transcribed, translated, and accompanied by a commentary on the testator's situation and on interesting terminology. A substantial introductory study fully analyzes the testamentary genre as seen in this corpus (a first) and summarizes the content of the documents in realms such as gender, kinship, household, and land. Wills are very human documents, and the apparatus draws out this aspect, telling us much of local indigenous life in central Mexico in the third century after Spanish contact, so that the book is of potential interest to a broad spectrum of readers.

Caterina Pizzigoni is Associate Professor in the department of History at Columbia University.

"Pizzigoni's edition is an important contribution to the study of the corpus of Nahuatl-language wills, and it suggest new directions for the future study of Nahuatl language and culture. The author's contribution is fundamental to what has been until today a neglected research topic in Nahuatl studies. The result is a specialized reference tool that will help to redefine socio-historical studies on the Nahuatl language and culture by guiding the research toward issues of material culture in Mexican colonial society."

"Testaments of Toluca is the first of its kind. The book is a critical edition of 98 Nahuatl-language wills in English translation from the Valley of Toluca, a region due west of Mexico City. The exegesis of the content of the testaments reveals surely as much as can be known about the individual testators and their lives. But just as important, Testaments of Toluca furnishes a meticulous analysis of the Nahuatl spoken by the dying . . . We can only be greatful that Pizzigoni has taken on the task of translating and commenting on thse hundreds of wills, which guarantees one of the most intensive and complete studies of Nahua life anywhere."

"Testaments of Toluca does for the eighteenth century in central Mexico what The Testaments of Culhuacan did earlier for the sixteenth: provide a basis for studying everyday indigenous life at the household level."

—Sarah Cline, UC Santa Barbara, author of Colonial Culhuacan and editor of The Testaments of Culhuacan

"The transcribed and translated primary documents are highly significant in their own right, but the extensive commentary transforms Testaments of Toluca into an important and accessible scholarly monograph."

—Robert Haskett, University of Oregon, author of Indigenous Rulers and Visions of Paradise

"This may be the single most significant volume of transcribed and translated testaments from colonial Latin America published to date. The quantity and quality of the material and its analysis make the book a treasure trove of information on late-colonial Nahua culture and society. Pizzigoni's presentation of the wills is meticulous, and her introduction and notes are extensive, thoughtful, and profoundly steeped in her knowledge of the field. Mesoamerican specialists will be delighted by-and grateful for-this contribution to the study of indigenous life during the colonial period, not only for the book's scholarly utility, but for its potential as a pedagogical tool at the advanced-undergraduate and graduate levels."

—Matthew Restall, Pennsylvania State University, author of The Maya World and editor of The Testaments of Ixi

"Pizzigoni follows the path established by S.L. Cline and Miguel Leon-Portilla in The Testaments of Culhuacan, but her corpus is far larger, later, and spread far more broadly over time and space. The broader temporal and geographic sweep allows us to see regional and subregional variations over time, deepening our appreciation of the variety and complexity of indigenous life in central Mexico." 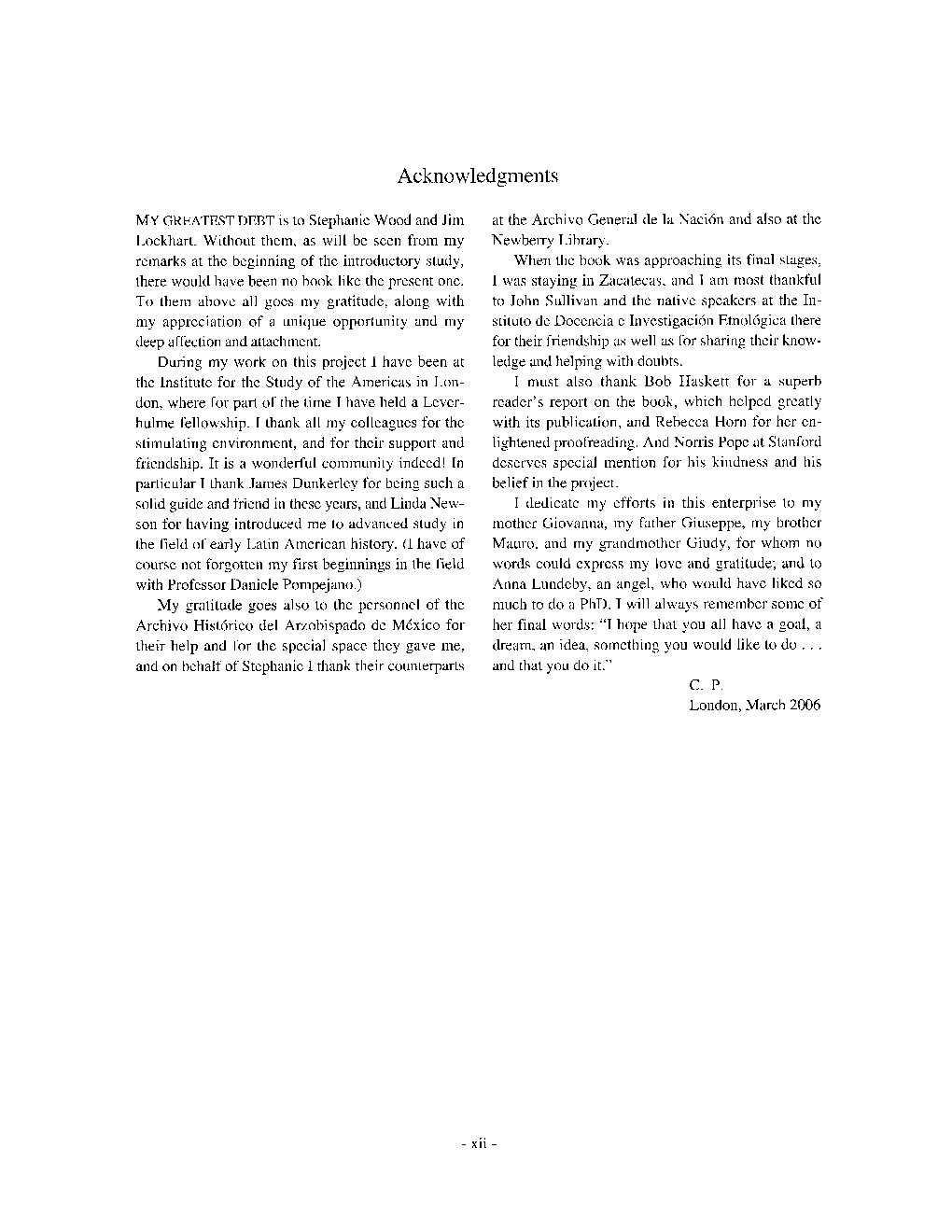 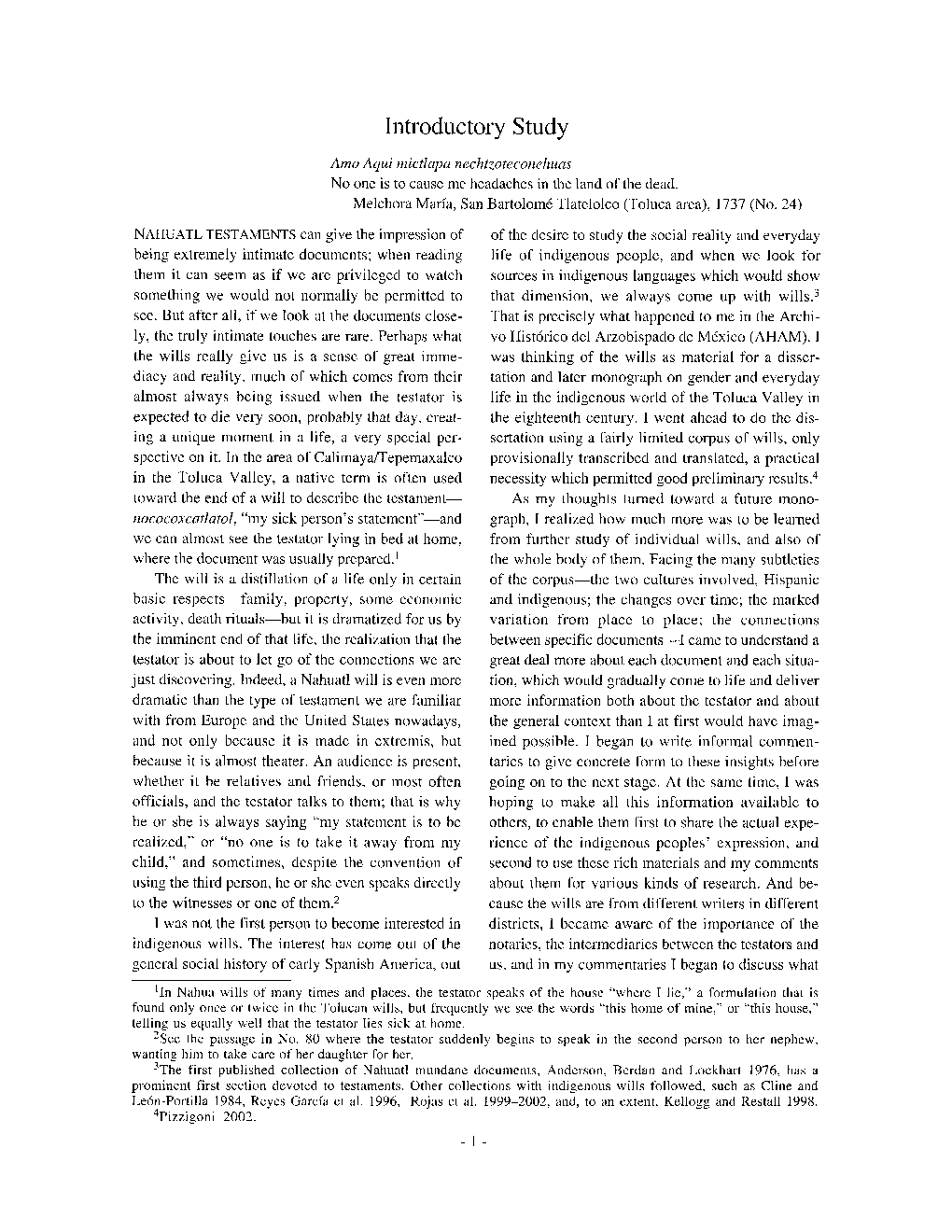 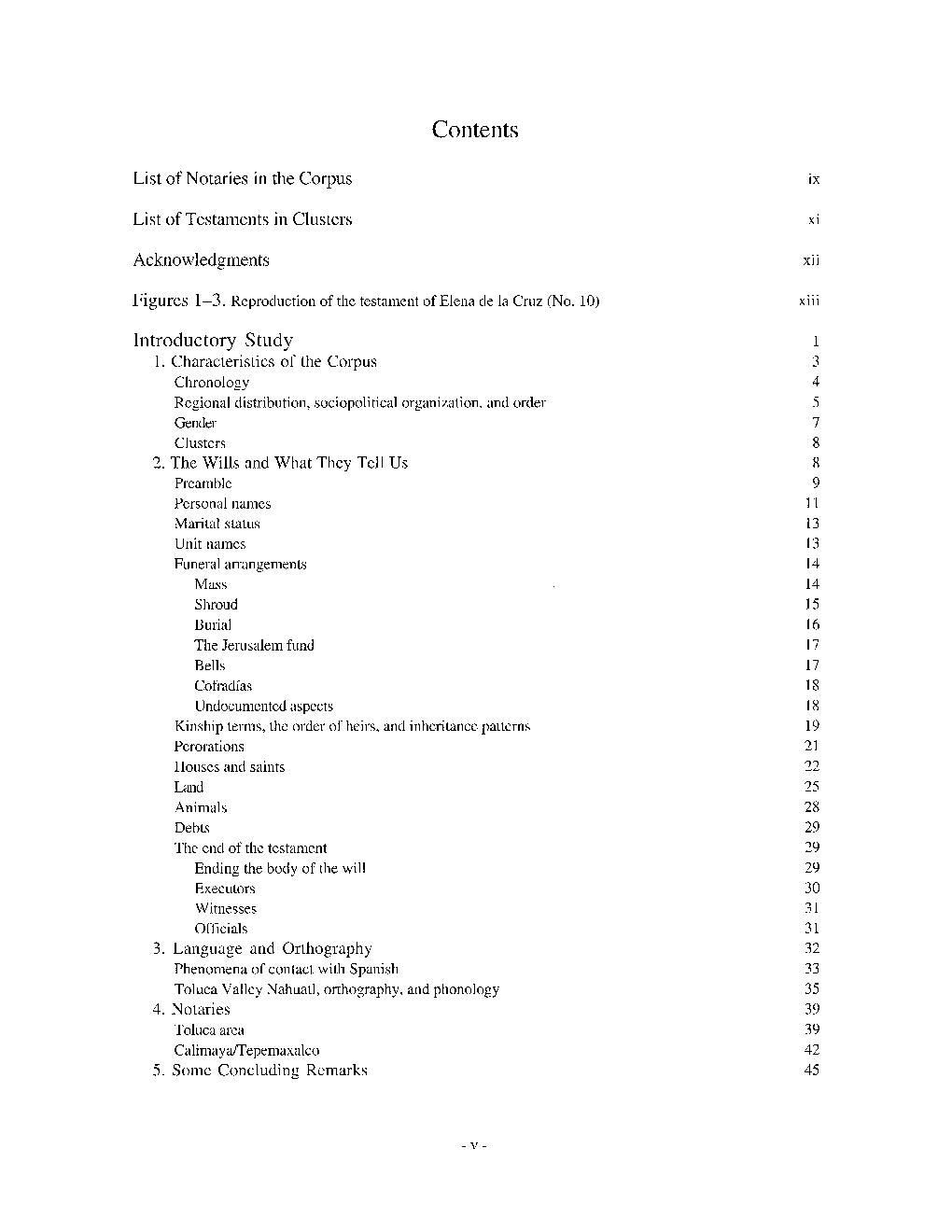