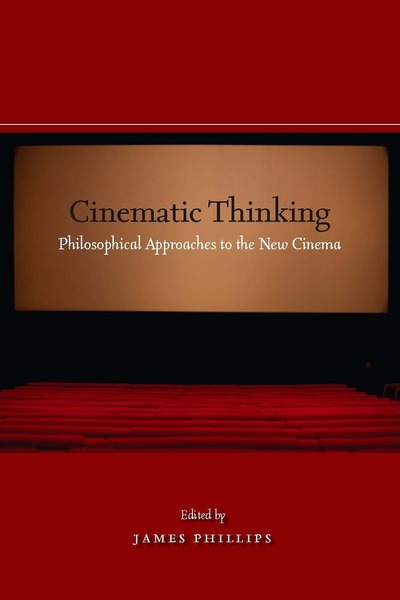 Each essay in Cinematic Thinking is organized around an interpretation of a postwar filmmaker and the philosophical issues his or her work raises. The filmmakers covered are Alfred Hitchcock, Luchino Visconti, Michelangelo Antonioni, Robert Altman, Carlos Saura, Glauber Rocha, Margarethe von Trotta, Rainer Werner Fassbinder, Wim Wenders, and Claire Denis. As the authors collected here are philosophers, rather than film critics, the volume approaches its subjects with a different set of interests and commitments from the bulk of works in film theory. Memory, judgment, subjectivity, terrorism, feminism, desire, race relations, experience, the work of mourning, and utopia are among the questions discussed in relation to some of the most significant films of the last fifty years. This collection analyzes the theoretical and political contexts in which the films were made and examines their reception down to the present day.

James Phillips is an Australian Research Council Fellow in the School of Philosophy and History at the University of New South Wales. He is the author of Heidegger's Volk: Between National Socialism and Poetry (Stanford, 2005) and The Equivocation of Reason: Kleist Reading Kant (Stanford, 2007).

"Finally! Useful and intelligent film theory! This collection is a careful and serious negotiation between philosophy and the metaphysical and conceptual worlds produced by the cinema."

"It's a gala event whenever a group of committed philosophers, particularly ones as innovative as these, collectively writes about film. The unusual liveliness of this indispensable volume arises in part from the fact that these philosophers, in writing about a broad swathe of important cinema from the 1960's to the present, necessarily step into the role of critics, as writers including Benjamin, Barthes, and Blanchot defined this vocation. The collective authors of this useful as well as inspiring book rise to the multifaceted challenges of interdisciplinary cultural critique."

"The quality of the writing is uniformly excellent, and all of the contributors focus on philosophical theories that are germane to the films of the director in question." 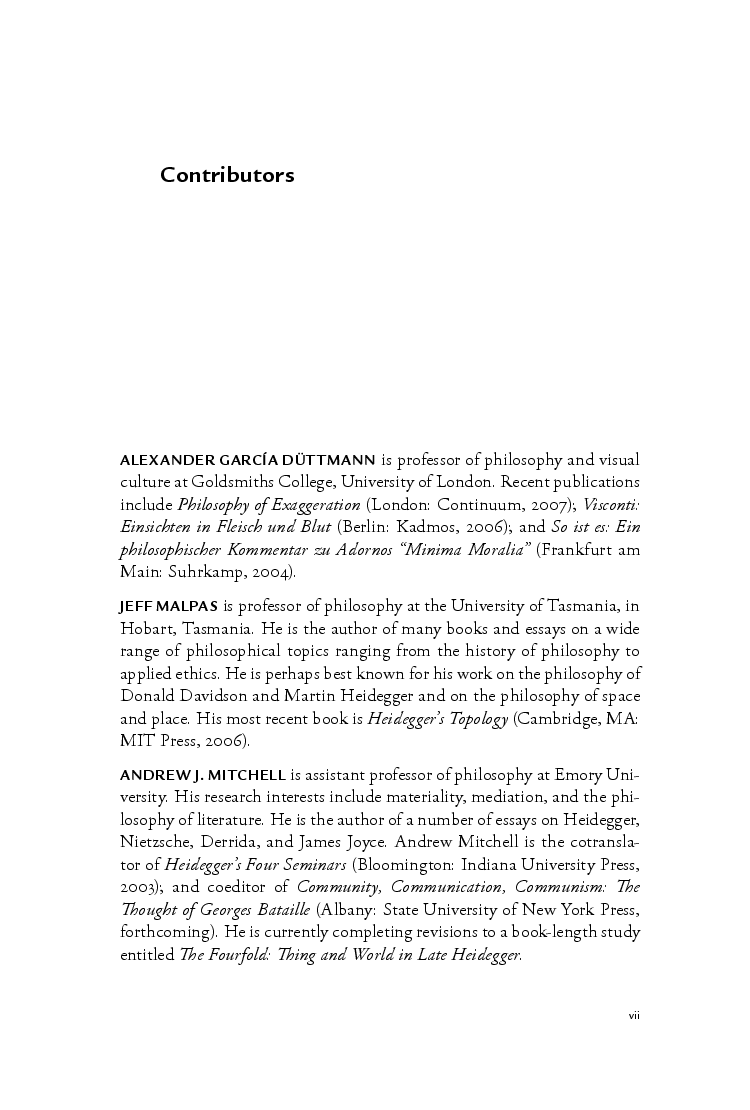 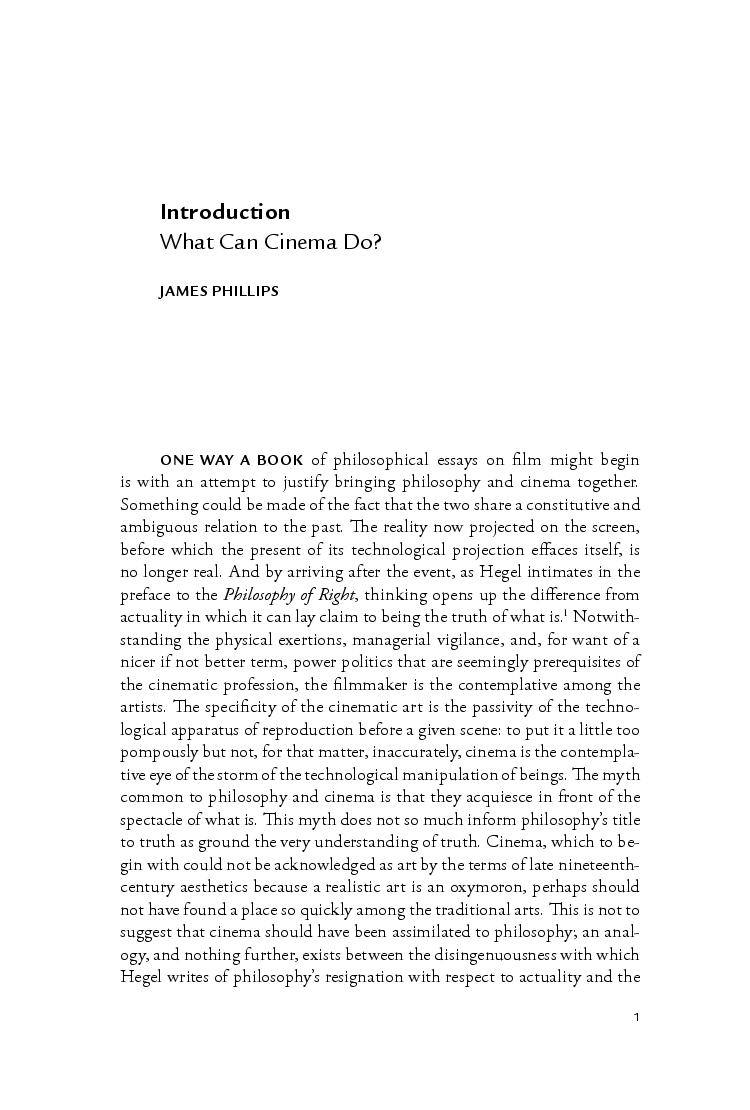 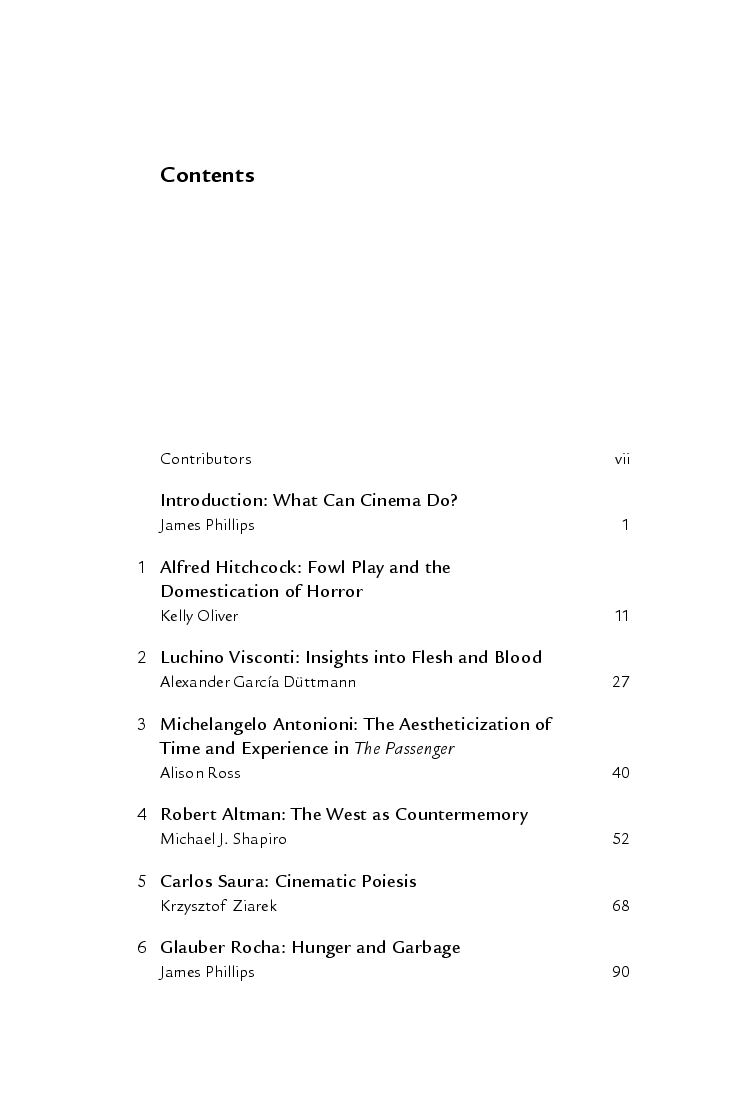