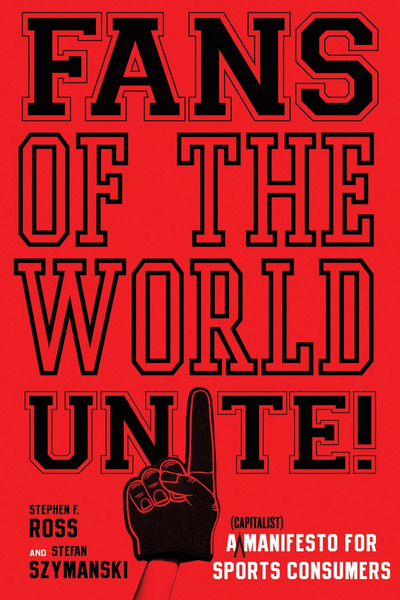 Fans of baseball, football, basketball, and hockey have long been exploited and oppressed by the monopolistic practices of team owners. The time has come for a revolution in the organization of major U.S. sports!

Fans of the World, Unite! is a clarion call to sports fans. Appealing to anyone who is in despair due to the greed and incompetence of team owners, this book proposes a significant restructuring of sports leagues. It sets out a rational program for a revolution that will serve the best interests of the fans and of the sport itself. But Stephen F. Ross and Stefan Szymanski are no Marxists: they show how a revolution in the organization of sports might even benefit the owners. By harnessing the power of markets, sports leagues can be made both more responsive to the needs of the fans, and more efficient.

Ross and Szymanski have spent many years evaluating the ways in which leagues work across the globe. Drawing on their extensive study of leagues, the authors boil down their plan to two major reforms. Borrowing from NASCAR, they propose that team owners should not own sports leagues as well. Rather, league ownership should be separate. Their second proposal is drawn from soccer: introduce competition through a promotion and relegation system. In this type of system, the worst teams in the league are kicked out at the end of the season and replaced by the best performing teams in the next division down. This gives poor performing teams incentive to step up their game, and allows fresh blood to enter the leagues if the poor performers fail to do so.

The main goal of these reforms is to align the financial interest of those who own the league with the best interests of the fans and the sport. Having laid out the problem and the solution, the authors skillfully address practical implications of introducing their scheme, suggesting how leagues might at least make some changes, if not all of those suggested.

The time for change has come! Armed with this book, and with fairness on their side, fans can set forth to begin a revolution.

Stephen F. Ross is Professor of Law at the Pennsylvania State University Dickinson School of Law where he founded the Institute for Sports Law, Research, and Policy. Stefan Szymanski is the MBA Dean and Professor of Economics at Cass Business School at London's City University.

"Fans of the World, Unite! serves as an outstanding work, which shows American sports fans what they can learn from organizations beyond MLB, NBA, NFL, and the NHL. This work has a unique and accessible style that will appeal to scholars, students, and professionals with an interest in sports economics and sports law."

—David J. Berri, author of The Wages of Wins: Taking Measure of the Many Myths in Modern Sport

"Fans of the World, Unite! puts forth a novel set of recommendations that reflect the theoretical work on sports leagues that has been published over the past few years. The book also benefits from blending the insights of a sports economist and a sports-law professor."

"Ross and Szymanski are two of the most experienced and creative minds working on sports law and business issues today. Fans of the World Unite challenges much of the conventional wisdom and suggests a more fan-friendly and efficient way to organize sporting leagues. This is a lively, controversial account that is sure to provoke fun and probing debate."

"Fans of the World Unite! is fascinating reading that breaks new ground. Based on economic and historical research, this book provides an incisive analysis of the existing structure and governance of U.S. professional sport leagues, and the authors offer thoughtful, creative remedies to the perceived problems they identify. It is an original, thought-provoking contribution to the sports literature." Professor Matt Mitten, Director, National Sports Law Institute, Marquette University Law School

"Ross and Szymanski have written an enjoyable and thoughtful book, using a clear, easy style to explain intricate issues and propose important reforms. Economists and sports fans alike will learn a lot—I did."

—Tim Harford, author of The Undercover Economist and The Logic of Life

"Two of the most respected sports academicians in the world offer what only academics can offer: a completely new way to structure sports leagues. Sports fans feel exploited; Ross and Szymanski demonstrate that they are and offer them a manifesto. Fans don't like the way that teams seem to lack competitive zeal in a given league? Add large prize payoffs to stodgy old leagues; force teams to earn their spot on major league rosters by demonstrating merit. These proposals are novel and controversial, so they will occupy sports wags for some time to come. I heartily recommend Fans of the World, Unite! to every reader who is interested in why it is that sports leagues seem to act in such peculiar ways, and who wonder what to do about it."

"With real-life examples and solid research, the authors support their version of a sports utopia." 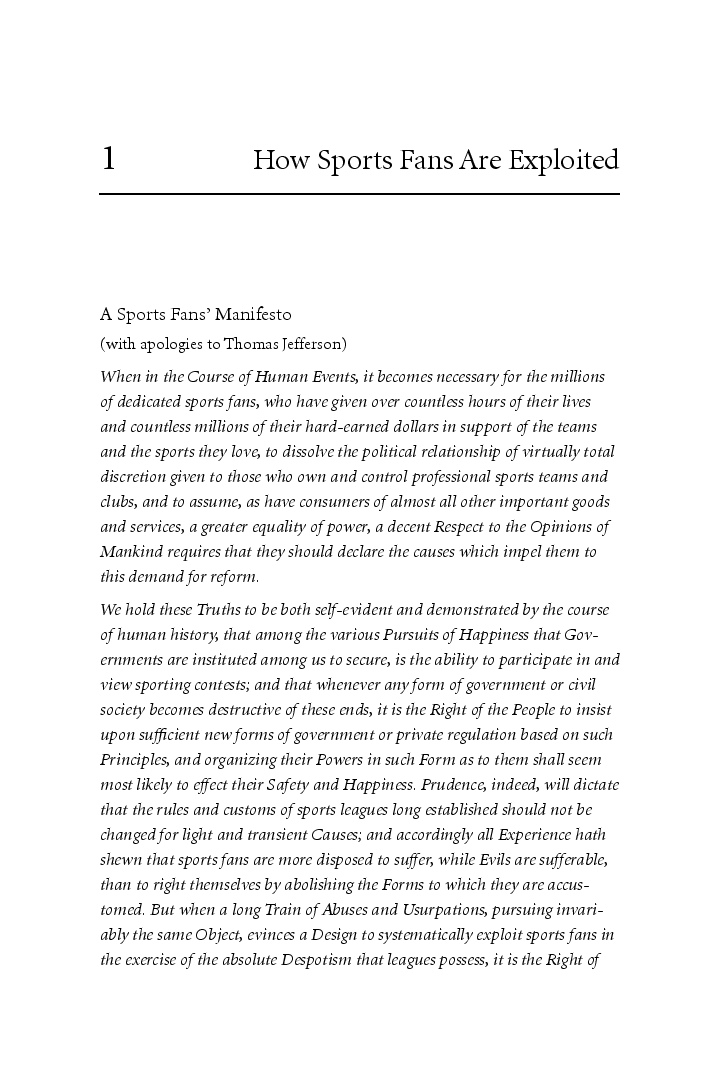 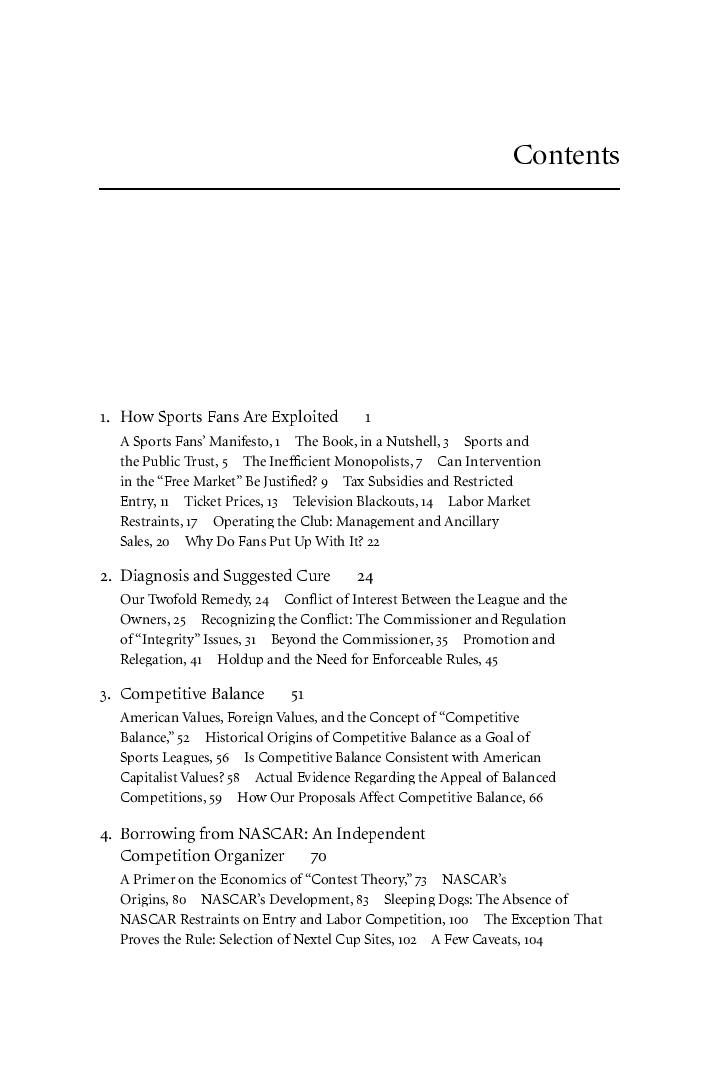