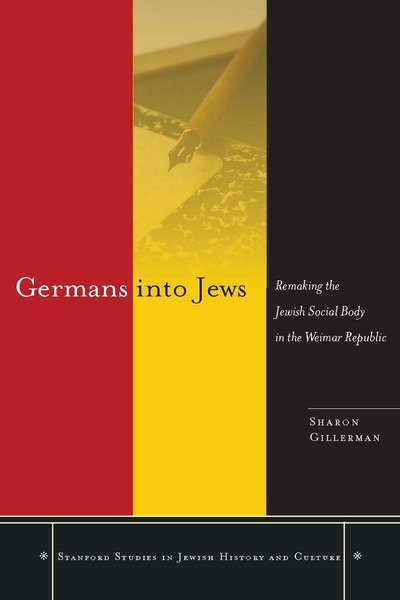 Germans into Jews turns to an often overlooked and misunderstood period of German and Jewish history—the years between the world wars. It has been assumed that the Jewish community in Germany was in decline during the Weimar Republic. But, Sharon Gillerman demonstrates that Weimar Jews sought to rejuvenate and reconfigure their community as a means both of strengthening the German nation and of creating a more expansive and autonomous Jewish entity within the German state. These ambitious projects to increase fertility, expand welfare, and strengthen the family transcended the ideological and religious divisions that have traditionally characterized Jewish communal life. Integrating Jewish history, German history, gender history, and social history, this book highlights the experimental and contingent nature of efforts by Weimar Jews to reassert a new Jewish particularism while simultaneously reinforcing their commitment to Germanness.

"Gillerman's book uncovers in fascinating manner the extent to which the renaissance of Jewish cultures overlapped with equally decisive social welfare activities to rejuvenate the body of the Jewish community."

"[Gillerman's] detailed work does justice to its subject by unraveling the complexities of newly arising Jewish identities, their challenges, the debates in the Jewish community, and the contradictions, as well as options available to Weimar Jews. With this work, Gillerman has done justice to a crucial topic of German and Jewish history; her choice to focus on social welfare policy was a clever one."

"Sharon Gillerman has produced a stunning analysis of a dimension of Jewish history that is little-known and deserves recognition: the attempt by Jews to re-image, reconfigure, energize and rejuvenate themselves as a component of the greater German body politic, and as a community in its own right, in the Weimar Republic. She succeeds brilliantly in integrating Jewish history into German history, women's history, and social history; this may be the advent of the next generation of history."

"Gillerman's sophisticated analysis of the 'Jewish social body' in Weimar Germany joins an increasing number of works that treat German history as it was (not as a stepping-stone to the collapse of liberalism and the rise of National Socialism), and the history of German Jewry apart from the Holocaust. Specifically, the author presents the interesting story of how Jewish social workers during Weimar worked to revitalize the country's Jewish community after the Great War by transforming individuals' health, facilitating reproduction and child care, and rehabilitating endangered youth . . . Recommended." 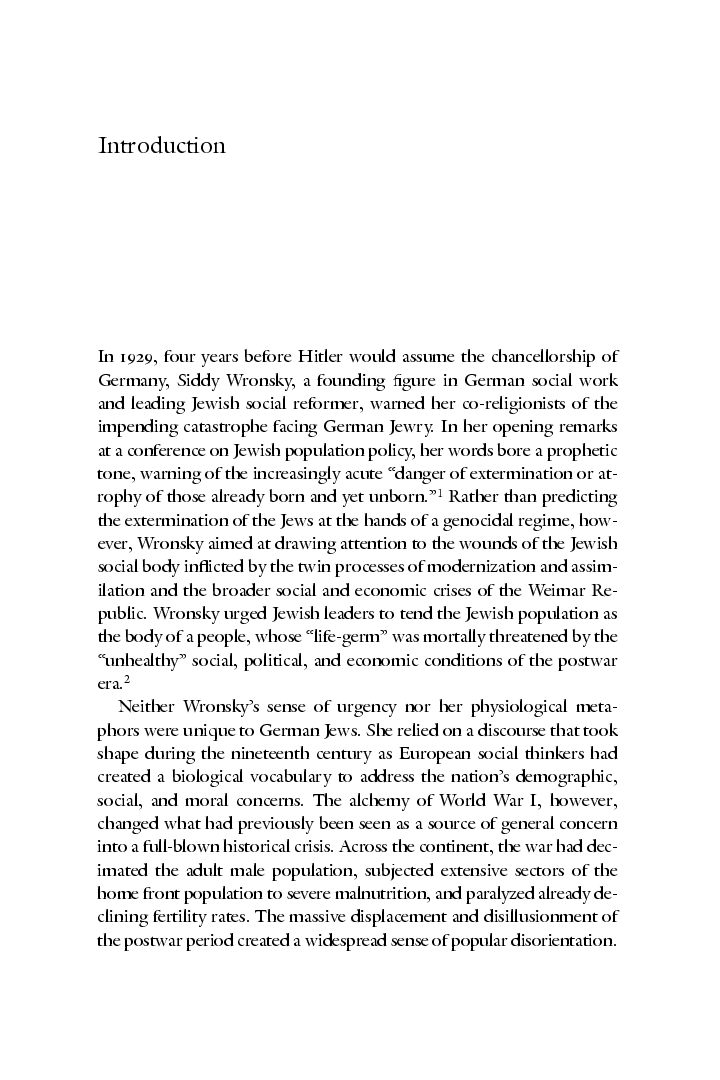 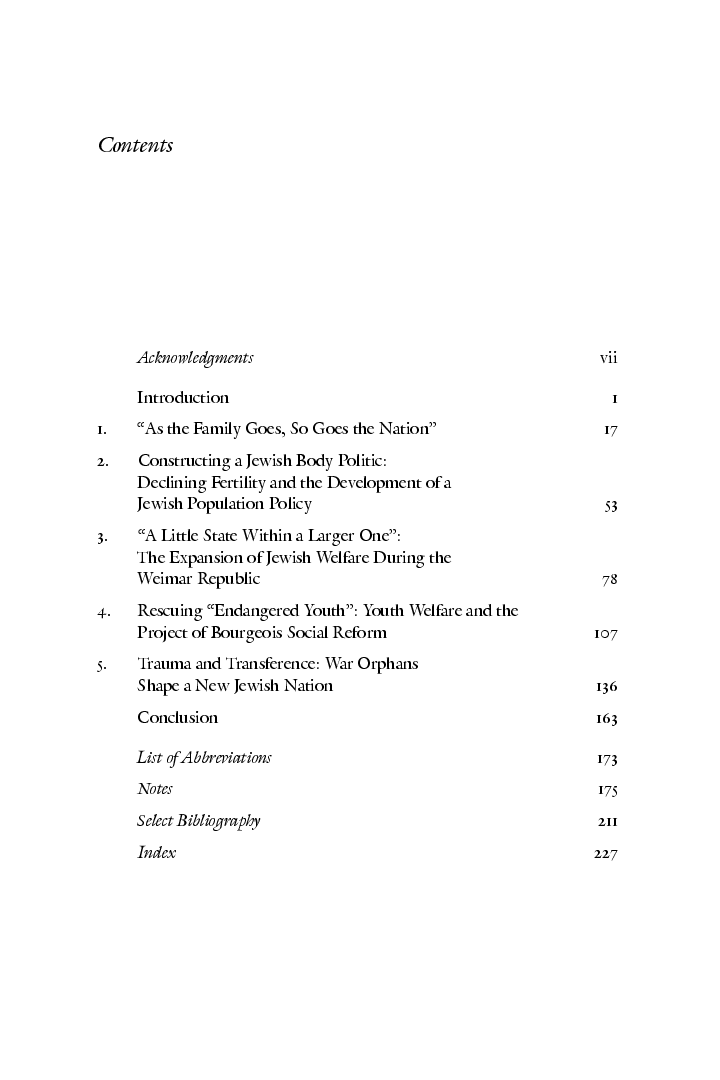