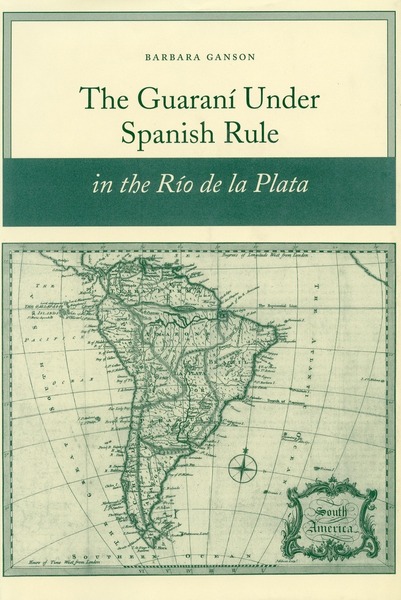 Winner of the 2003 Choice Award for Outstanding Academic Title in Latin American and Caribbean History, sponsored by the American Library Association.

This ethnographic study is a revisionist view of the most significant and widely known mission system in Latin America—that of the Jesuit missions to the Guaraní Indians, who inhabited the border regions of Paraguay, Argentina, and Brazil. It traces in detail the process of Indian adaptation to Spanish colonialism from the sixteenth through the early nineteenth centuries.

The book demonstrates conclusively that the Guaraní were as instrumental in determining their destinies as were the Catholic Church and Spanish bureaucrats. They were neither passive victims of Spanish colonialism nor innocent “children” of the jungle, but important actors who shaped fundamentally the history of the Río de la Plata region. The Guaraní responded to European contact according to the dynamics of their own culture, their individual interests and experiences, and the changing political, economic, and social realities of the late Bourbon period.

"This book, which may well supersede most of its predecessors, is a must for those who care about the subject, and will interest many who know nothing about it."

"Barbara Ganson is the first historian to understand the mission Guaraní of Paraguay...This important work sets a high standard. On these famous missions, Ganson is now the best authority."

"Barbara Ganson's study is a comprehensive collection of historical sources that explain the conditions of the Guaraní indigenous people in the last half of the eighteenth century. . . . [T]his study makes a major contribution towards explaining the emergence of the Paraguayan peasantry and the collapse of significant Guaraní resistance throughout the Southern Cone by 1820."