Agnotology
The Making and Unmaking of Ignorance
Edited by Robert N. Proctor and Londa Schiebinger

What don't we know, and why don't we know it? What keeps ignorance alive, or allows it to be used as a political instrument? Agnotology—the study of ignorance—provides a new theoretical perspective to broaden traditional questions about "how we know" to ask: Why don't we know what we don't know? The essays assembled in Agnotology show that ignorance is often more than just an absence of knowledge; it can also be the outcome of cultural and political struggles. Ignorance has a history and a political geography, but there are also things people don't want you to know ("Doubt is our product" is the tobacco industry slogan). Individual chapters treat examples from the realms of global climate change, military secrecy, female orgasm, environmental denialism, Native American paleontology, theoretical archaeology, racial ignorance, and more. The goal of this volume is to better understand how and why various forms of knowing do not come to be, or have disappeared, or have become invisible.

Robert N. Proctor is Professor of the History of Science at Stanford University and the author of The Nazi War on Cancer (1999) and Cancer Wars: How Politics Shapes What We Know and Don't Know (1995). Londa Schiebinger is the John L. Hinds Professor of History of Science and the Barbara D. Finberg Director of the Clayman Institute for Gender Research at Stanford University. Her recent books include Plants and Empire: Colonial Bioprospecting in the Atlantic World (2004) and Gendered Innovations in Science and Engineering (forthcoming from Stanford).

"Anyone who thinks ignorance is nobodys business has a lot to learn from these provocative essays. The distinguished authors offer compelling evidence that what we do not know is every bit as much a product of human choice and ingenuity as what we choose to know. Agnotology rescues ignorance from the no-mans-land of unexamined social phenomena. It makes us ask what is at stake when we dont know things that are plainly before our eyes. This is a book for every thinking citizen."

"In the past years there have been few new fields of research as timely as agnotology. Many a time one is puzzled by the widespread ignorance of some of the greatest challenges mankind faces today, be it global warming, the way to the Iraq war, or the global tobacco epidemic. Agnotology might very well be the tool to delve into the great black holes of modern knowledge and also find a way out." 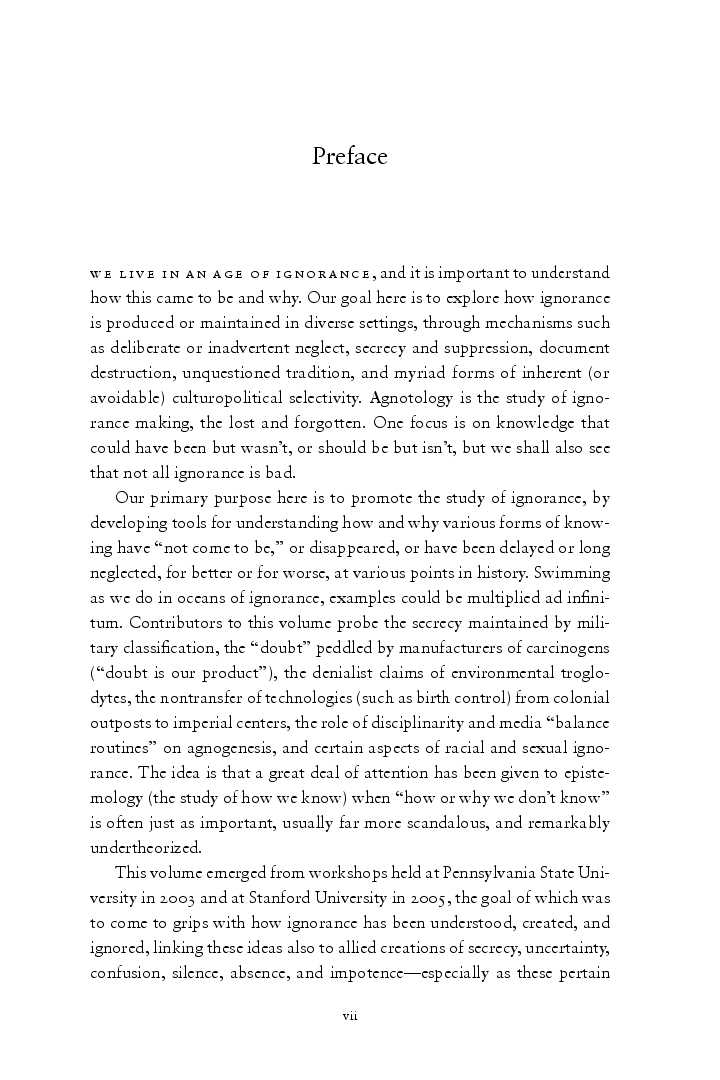 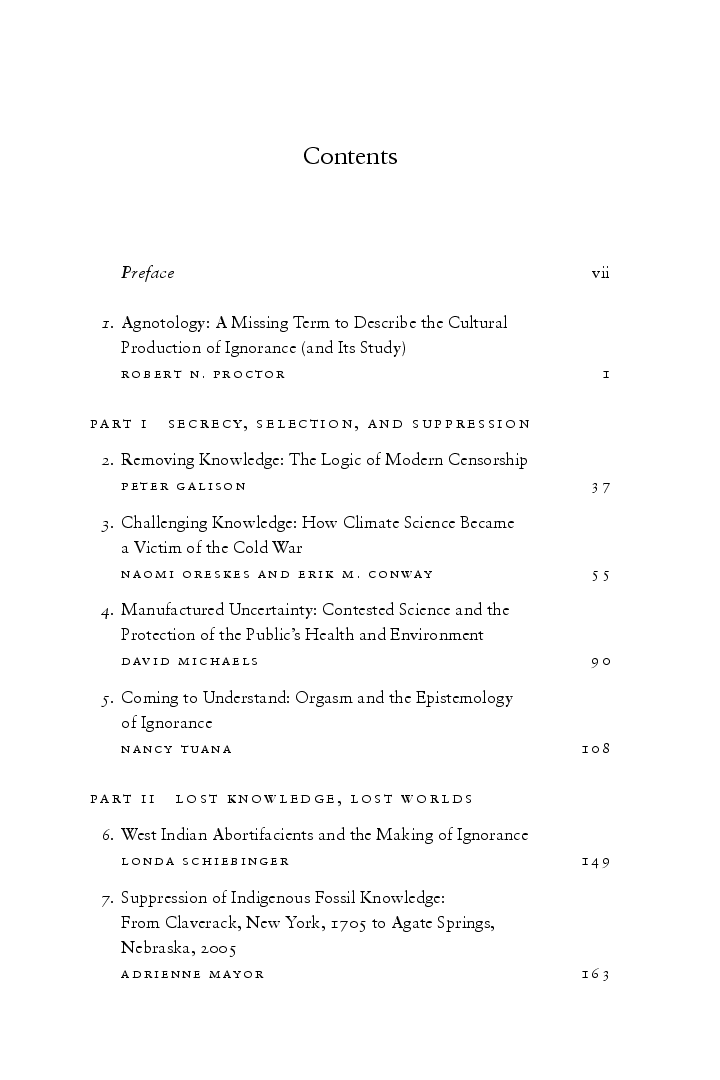