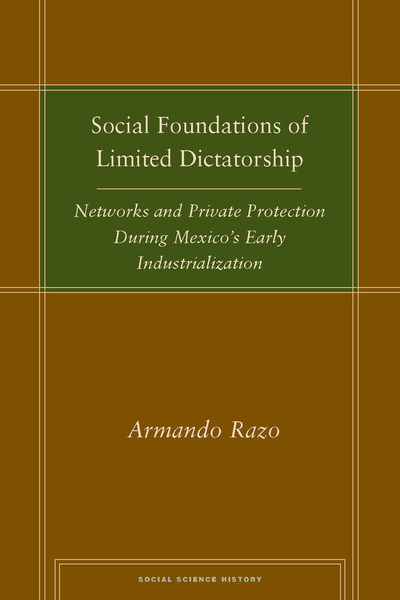 This innovative new book contributes simultaneously to two different disciplinary fields: comparative political economy and Mexican history. It does so by attempting to explain why Mexico—contrary to the predictions of several dominant theories of economic growth—enjoyed a comparatively high rate of economic growth and development under the highly authoritarian dictatorship of Porfirio Diaz (1876–1911). In conducting a detailed political analysis of Diaz's rule, Armando Razo introduces network analysis to the study of institutions and growth, and shows how dictators can maintain their power with credible growth-enhancing policies.

Armando Razo is Assistant Professor of Political Science at Indiana University. He is the co-author, with Steve Haber and Noel Maurer, of The Politics of Property Rights: Political Instability, Credible Commitments, and Economic Growth in Mexico, 1876-1929 (2003).

"Armando Razo's book is an exciting contribution to the expanding literature on the interconnections of politics, institutions, and economic growth . . . This book is required reading for anyone interested in the political economy of development, in the nature of doing business in developing countries, and in Latin American political and economic history. Its theoretical contributions are powerful, provocative, and compelling, and its empirical advances are substantial. By extending the kind of carefully systematic, rigorous work that Razo has done here on Porfirian Mexico to other countries, scholars will gain a better understanding, in comparative contexts, of the nature of investment and growth and the obstacles to achieving them."

"Overall, Razo demonstrates the importance of private policies in authoritarian regimes . . . This volume should be obligatory reference for scholars in the fields of economic history and comparative political science. It certainly enriches a complex research agenda on the interaction of institutions, growth, and development."

"This is an ambitious, through, and altogether modern account of the emergence of Porfirio Diáz. Any serious student of the period should read it carefully"

"This book deepens our understanding of dictatorships and their impact on the economy. Razo rightly points out that some of the main ideas people have about the political economy of development do not fit well with evidence about dictatorships. One key idea is that growth occurs when property rights are well enforced and that this will only happen when the state is constrained from preying on society. But formal constraints do not explain the large variation in economic outcomes under dictatorships. Razo investigates this issue in the context of the Porfiriato, the long reign of Porfirio Diaz in Mexico between 1876 and 1910. This highly puzzling period of relatively rapid economic growth under a dictatorship is an exciting area of research. Razo's scholarship is excellent and his work makes an important contribution."

"Numerous gems are to be found throughout his careful analysis of formal and informal institutions . . . with valuable insights into Mexico's political and economic development, many of which explain twentieth-century behaviors in Mexico and elsewhere." 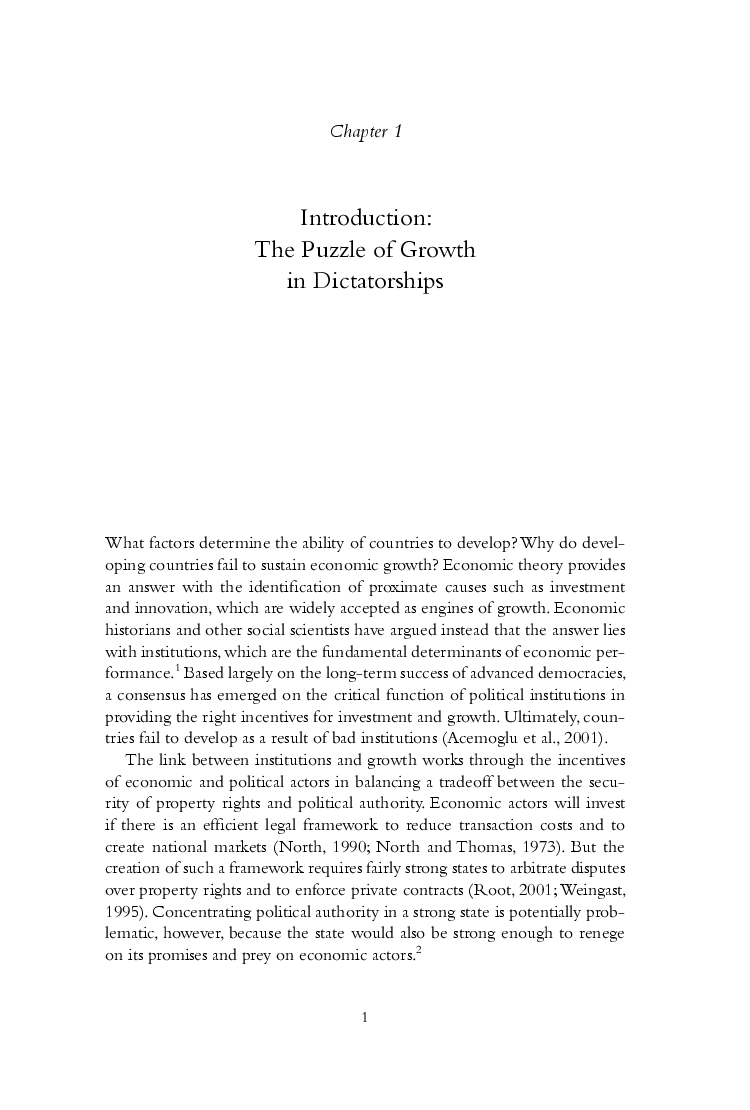 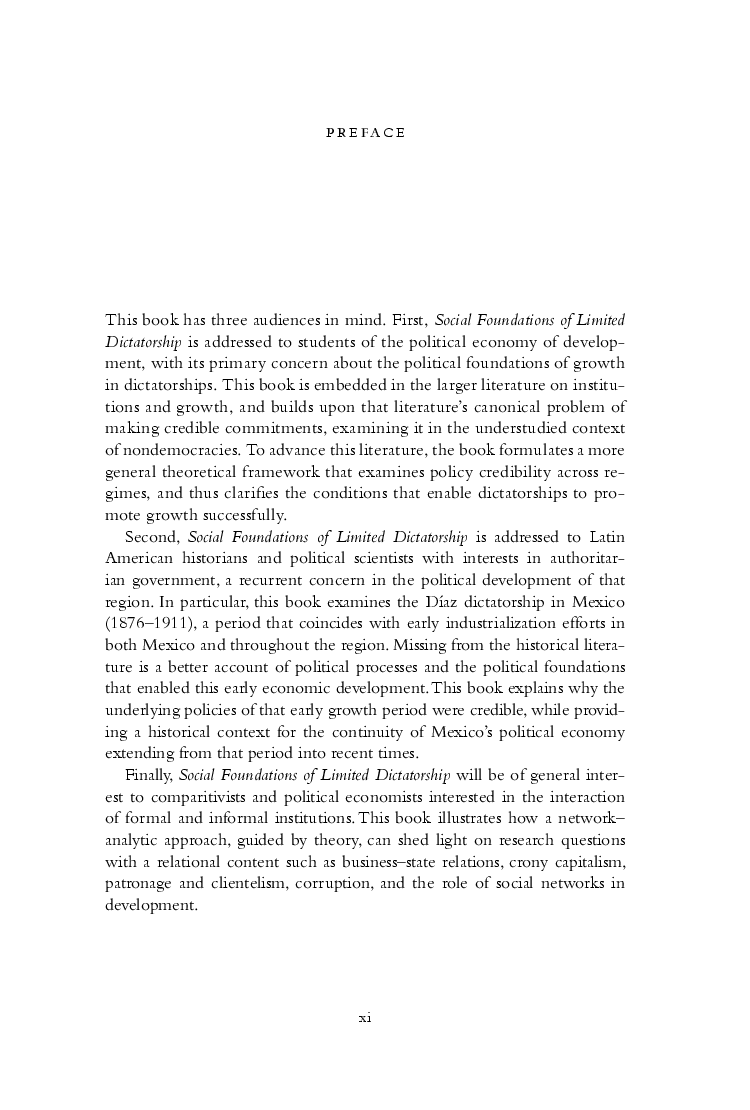 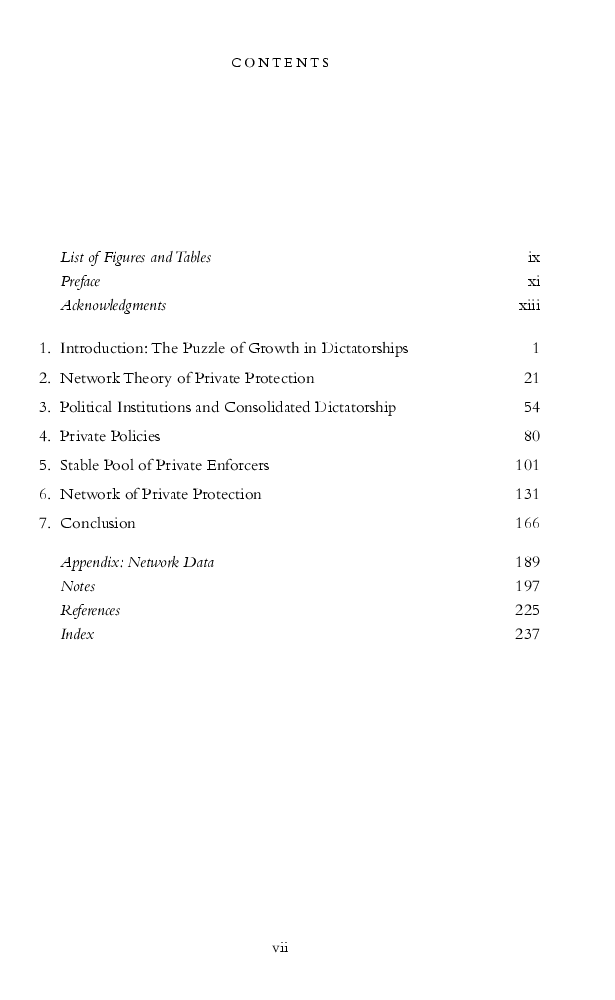