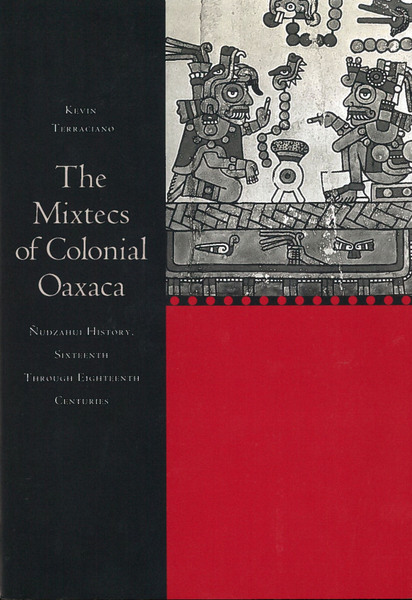 Winner of the 2002 Erminie Wheeler-Voegelin Award, sponsored by the American Society for Ethnohistory.

Honorable Mention in the 2002 Bolton-Johnson Prize, sponsored by the Conference on Latin American History.

This book is a history of the Mixtec Indians of southern Mexico, who in their own language call themselves Tay Ñudzahui, "people of the rain place." These people were among the most populous cultural and language groups of Mesoamerica at the time of the Spanish conquest. This study focuses on several dozen Mixtec communities in the region of Oaxaca during the period from about 1540 to 1750.

The work is largely based on an extraordinary collection of primary sources, translated and analyzed by the author, that were written by Mixtecs in the roman alphabet from the mid-sixteenth to the early nineteenth centuries. To complement this native-language corpus, the author has examined preconquest and early colonial pictorial writings, Spanish-language civil and trial records, and Nahuatl (Aztec) texts.

The book addresses many interrelated topics, including writing, language, sociopolitical organization, local government, social and gender relations, land tenure, trade, rebellion, religion, ethnicity, and historical memory. Throughout, the author emphasizes the internal, indigenous perspective instead of relying on Spanish sources and points of view. In its focus on indigenous concepts, the book introduces a new terminology and new categories of analysis in colonial Mexican history. The conclusion makes detailed comparisons with recent findings on the Nahuas of central Mexico and the Maya of Yucatán, and revisits the question of cultural change among indigenous peoples under colonial rule.

Kevin Terraciano is Associate Professor of History at the University of California, Los Angeles

"This is a work of very great importance, and its combination of cutting-edge research and readable style will likely make it a classic. Terraciano attempts to do for the Mixtecs what James Lockhart has accomplished for the Nahuas of central Mexico: to provide an 'inside view' of the colonial Indian culture using contemporary documents written by Indians in their own language."

"This is an extraordinary work. . . . Kevin Terraciano is extremely well read in the studies of Mexican indigenous cultures and has a masterly knowledge of the Mixtecs."

"The Mixtecs of Colonial Oaxaca is a book for scholars, but all readers will be informed and encouraged to learn more about the ancient and important cultures still found among native peoples of Mexico."

"This groundbreaking study will be an essential acquisition for any library specializing in colonial Mexico."

"This is the sort of work that requres updating and fine-tuning, not replacement. Future editions should add even more luster to a book that is sure to become a classic."

"This book contains important insights for a multidiciplinary audience; those interested in pre-Hispanic and colonial Mesoamerica, as well as Latin American history, ethnohistory, colonial studies, and gender studies will find much to consider and build upon in this exceptional work."

"This is a work of high seriousness, impeccable, even awesome scholarship in arcane sources, powerful analytic drive, and straightforward, comprehensible exposition."