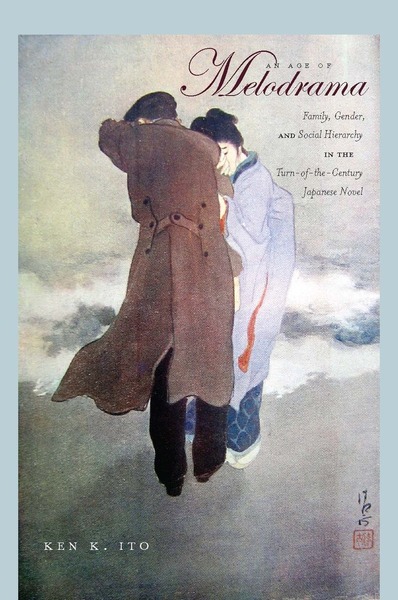 At the end of the nineteenth century and beginning of the twentieth, Japanese fiction pulsed with an urge to render good and evil in ways that evoked dramatic emotions. An Age of Melodrama examines four enormously popular novels from this period by interweaving two threads of argument. Using approaches to melodrama developed in Western literary and film criticism, it first shows how these texts used their binary morality to construct a semblance of moral certainty in a moment of social transformation. It then examines how the novels responded to a particular set of ideologies of the family, which the Japanese state attempted to use as an instrument of social control. The melodramatic novels of the Meiji period generated a plethora of alternative family models that explored the myriad ways in which human beings could connect in a modernizing culture. The fictional families in these works revealed the ties of the family to the nation, delineated traumatic changes in social hierarchy, and showed the effects of new discourses of gender. These powerful portrayals and the social discourses that surround them reveal that melodrama was a central mode of sensibility in Meiji culture.

"There are many good points about this book. For one thing, it addresses works that have not received the full attention they deserve .... It also continues an important scholarly practice of filling the gaps in our knowledge of the period, of giving us a more rounded sense of the age in which these writers were producing their literature."

"Ito's work on Meiji melodrama is groundbreaking. This book reaches beyond individual texts and illuminates many aspects of Japanese culture and society of the era. It is lucid, smart, and elegantly written."

"This book's approach is entirely original. The translations are fluent and faithful, and the analysis is inspired." 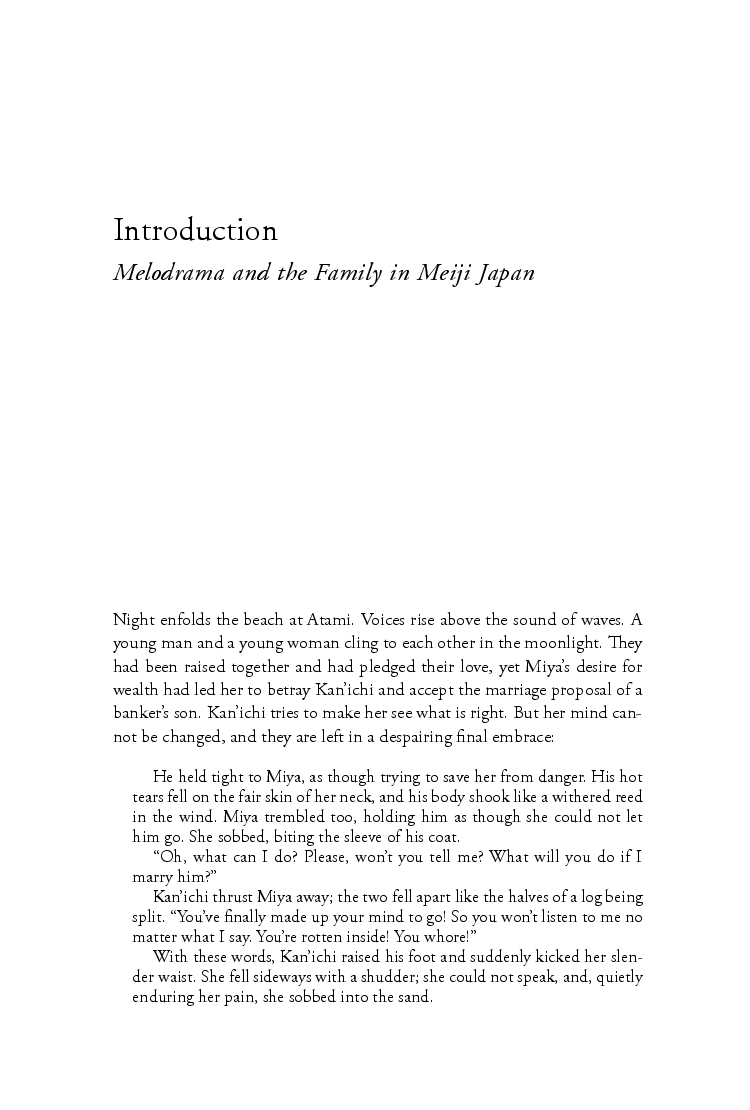 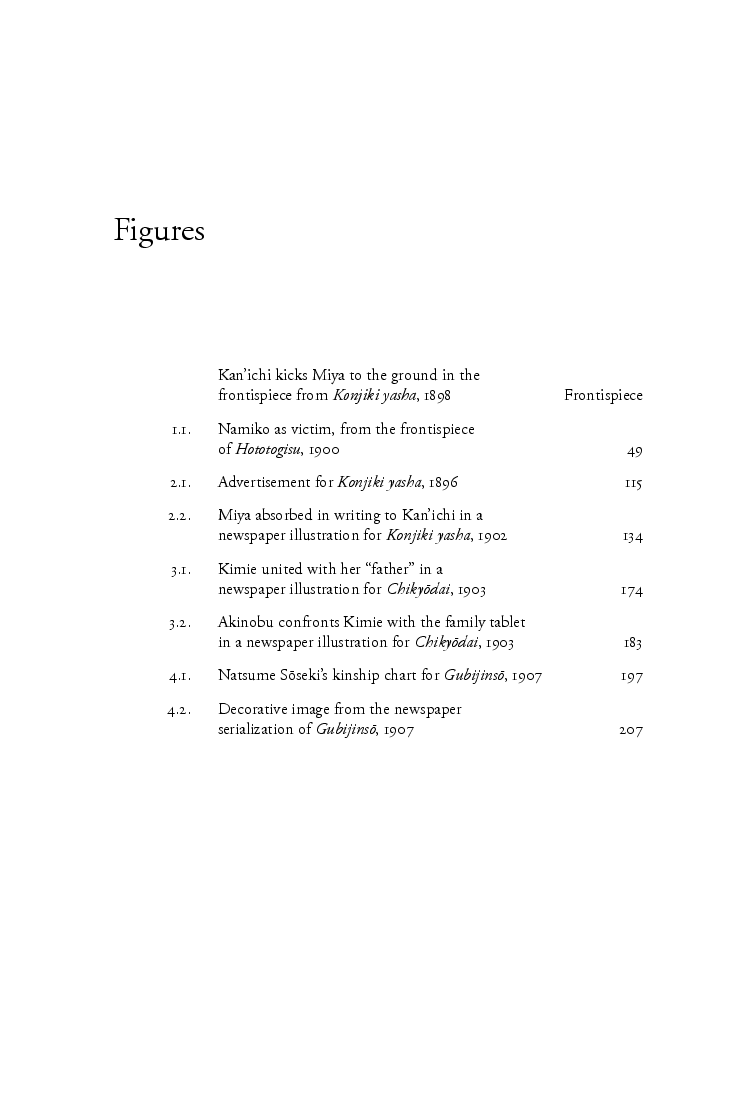 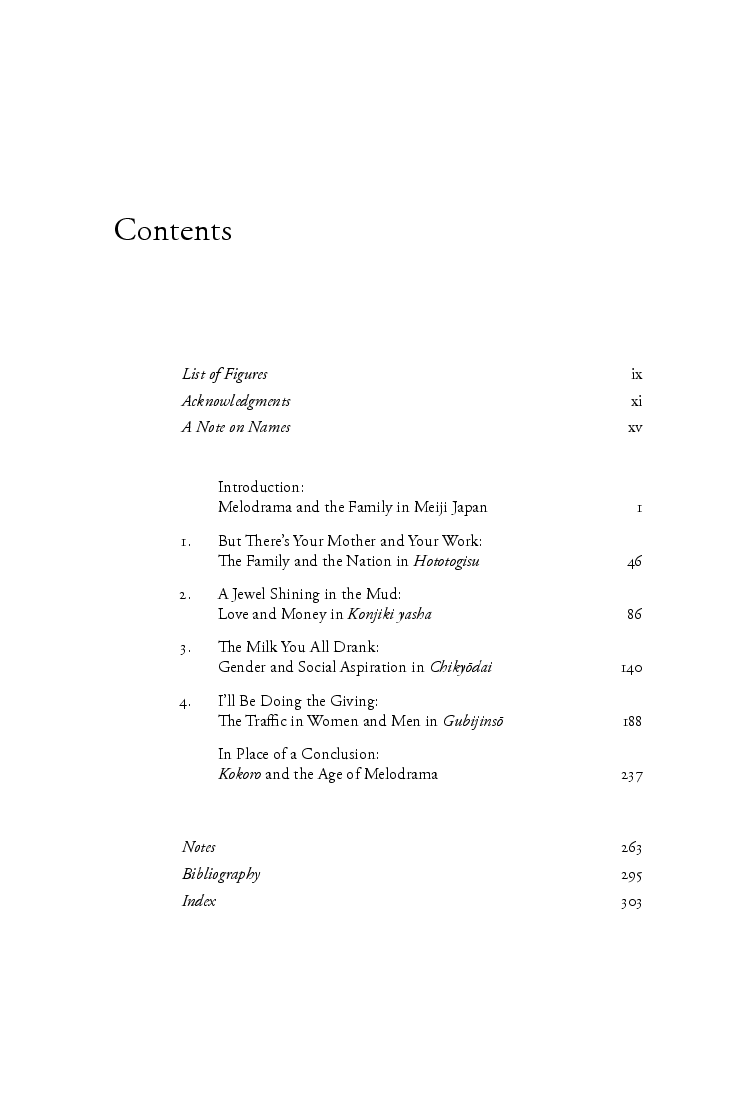