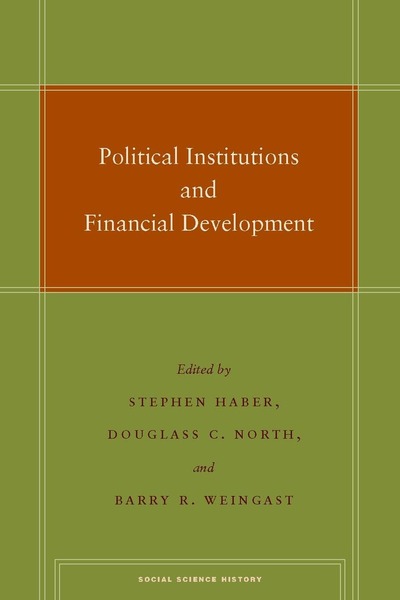 Economists have long maintained that a well-developed and functioning financial system is a vital prerequisite to economic growth. Countries with robust banking sectors and securities markets—that is, countries in which credit cards, loans, mortgages, and the ability to issue stocks and bonds are available to a broad swath of consumers and businesses—are more prosperous than countries that restrict such access to a favored elite. What is less clear is why some countries develop better financial systems than others. The essays in this volume employ the insights and techniques of political science, economics, and history to provide a fresh answer to this question. While scholarly tradition points to the colonial origin of a country’s legal system as the most important determinant of the health of its financial system, this volume points instead to a country’s political institutions—its governmental structures and the rules of the political game—as the key. Specifically, the openness and competitiveness of a country’s political system tends to reflect itself in the openness and competitiveness of its financial system.

"The greatest virtue of this book is the frontal assault it launches against the 'legal origins' view of financial development—the view that traces a country's current financial situation back to its history, especially its history as a colony. Political Institutions and Financial Development should drive a stake through its heart and move scholars on to more fruitful areas of research." 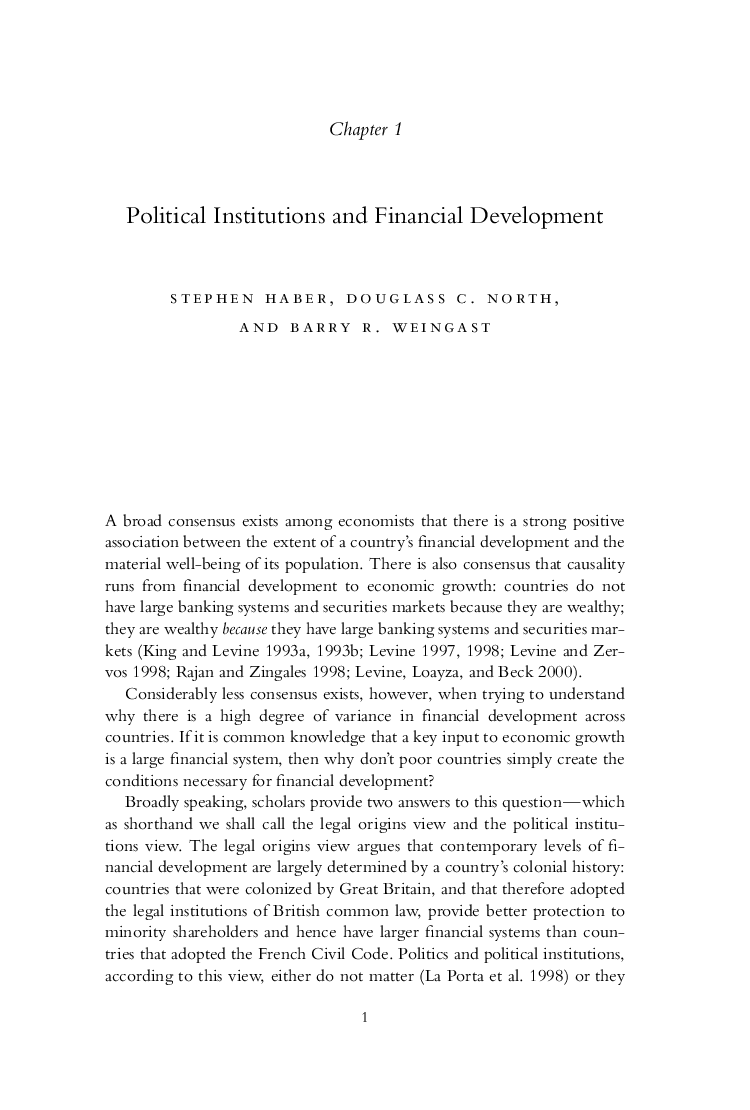 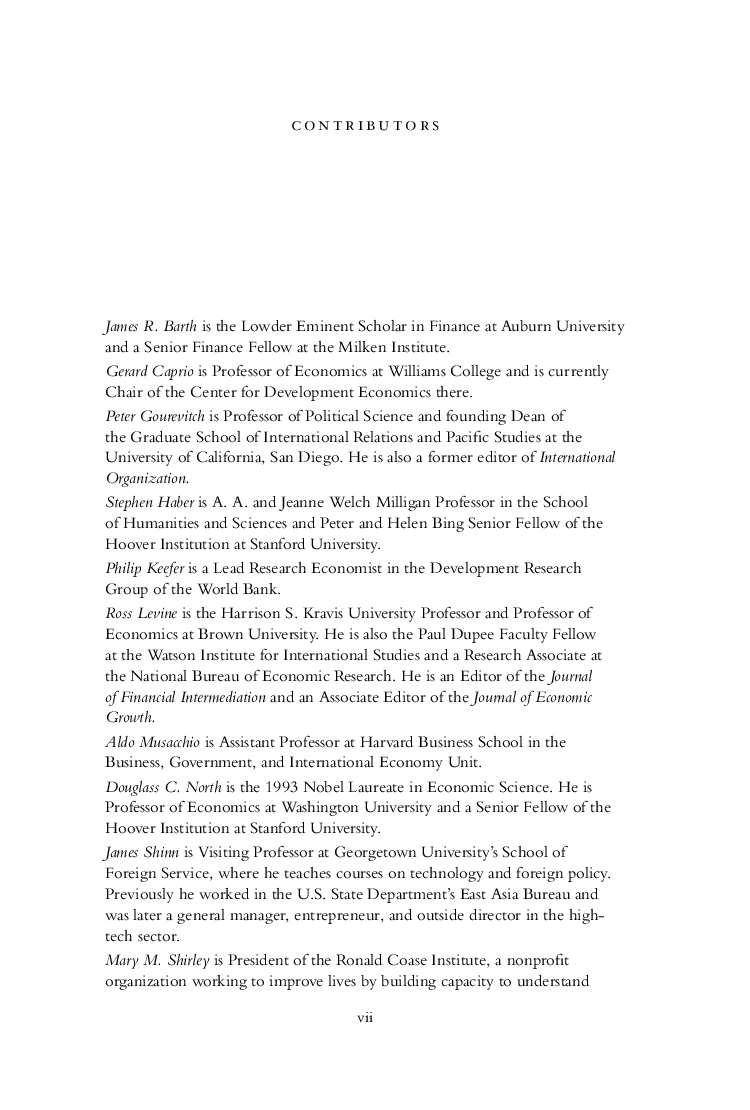 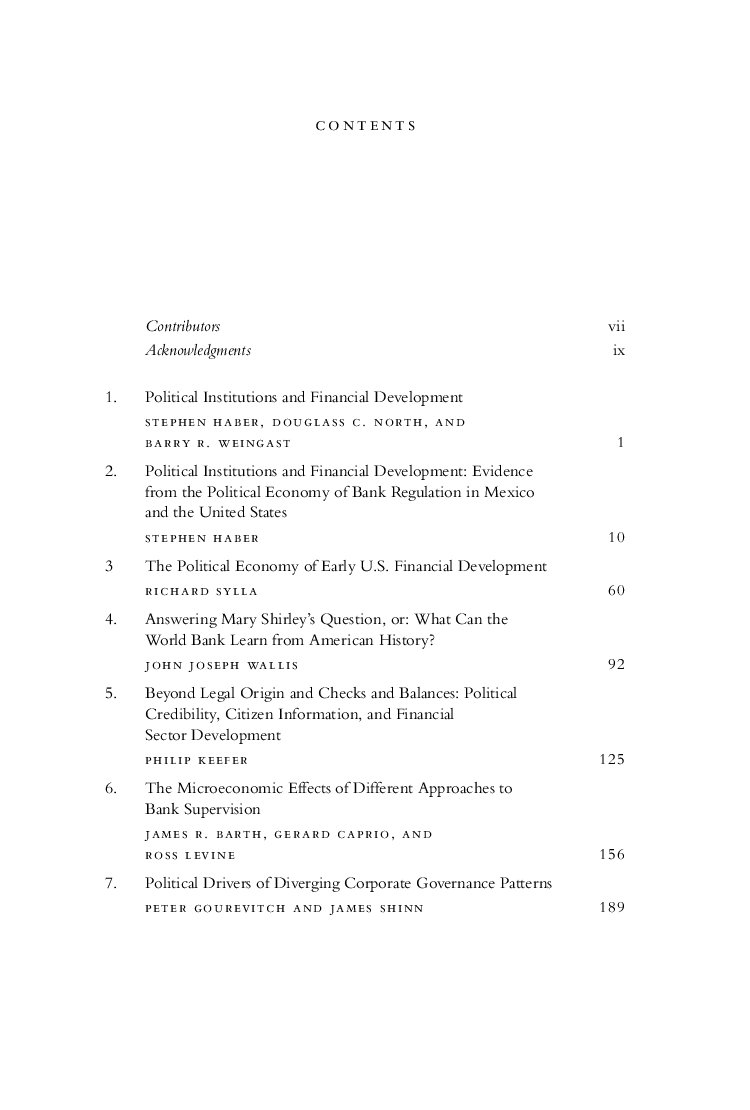