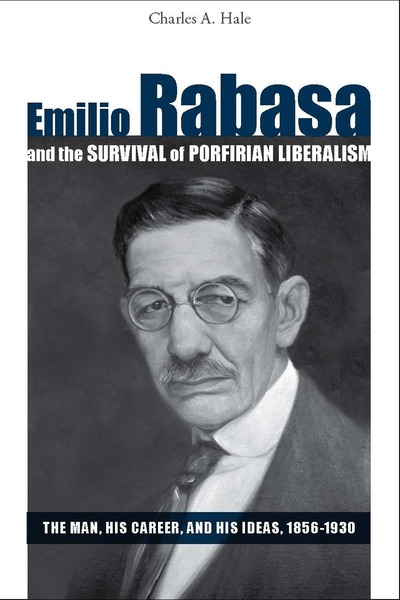 Emilio Rabasa and the Survival of Porfirian Liberalism
The Man, His Career, and His Ideas, 1856-1930
Charles A. Hale

This is an intellectual and career biography of Emilio Rabasa, the eminent Mexican jurist, politician, novelist, diplomat, journalist, and historian who opposed the Revolution of 1910-20, spent the years 1914 to 1920 in exile, but returned and was reintegrated into Mexican life until his death in 1930. Though he is still idolized by the juridical community of Mexico City, little is known about Rabasa beyond his principal publications. He was a reserved, enigmatic man who kept no personal archive and sought a low public profile. Hale reveals unknown aspects of his life, career, and personality from two extensive bodies of correspondence—with Jos Yves Limantour, finance minister from 1893 to 1911, and William F. Buckley, Sr., American lawyer and petroleum entrepreneur. He also analyzes Rabasa's political, juridical, and social ideas, arguing that they demonstrate continuity and even survival of late nineteenth-century liberalism through the revolutionary years and beyond. Rabasa's was a transformed liberalism, based on scientific politics drawn from European positivism and historical constitutionalism—an elitist rejection of abstract doctrines of natural rights and egalitarian democracy, emphasizing strong centralized yet constitutionally limited authority and empirically based economic development.

Charles A. Hale is Professor Emeritus of Latin American History at the University of Iowa. His two most significant books are Mexican Liberalism in the Age of Mora, 1821-1853 (1968), winner of Mexico's Fray Bernardino de Sahagn Prize, and The Transformation of Liberalism in Late Nineteenth-Century Mexico (1989), winner of the Bolton Prize. 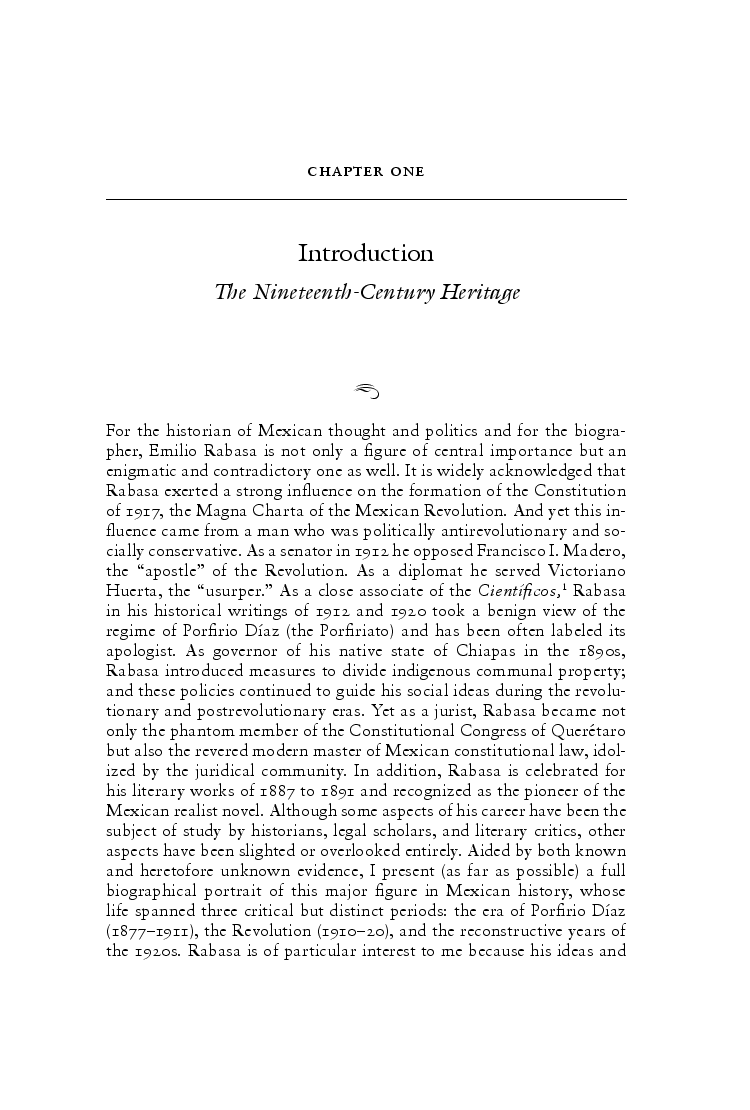 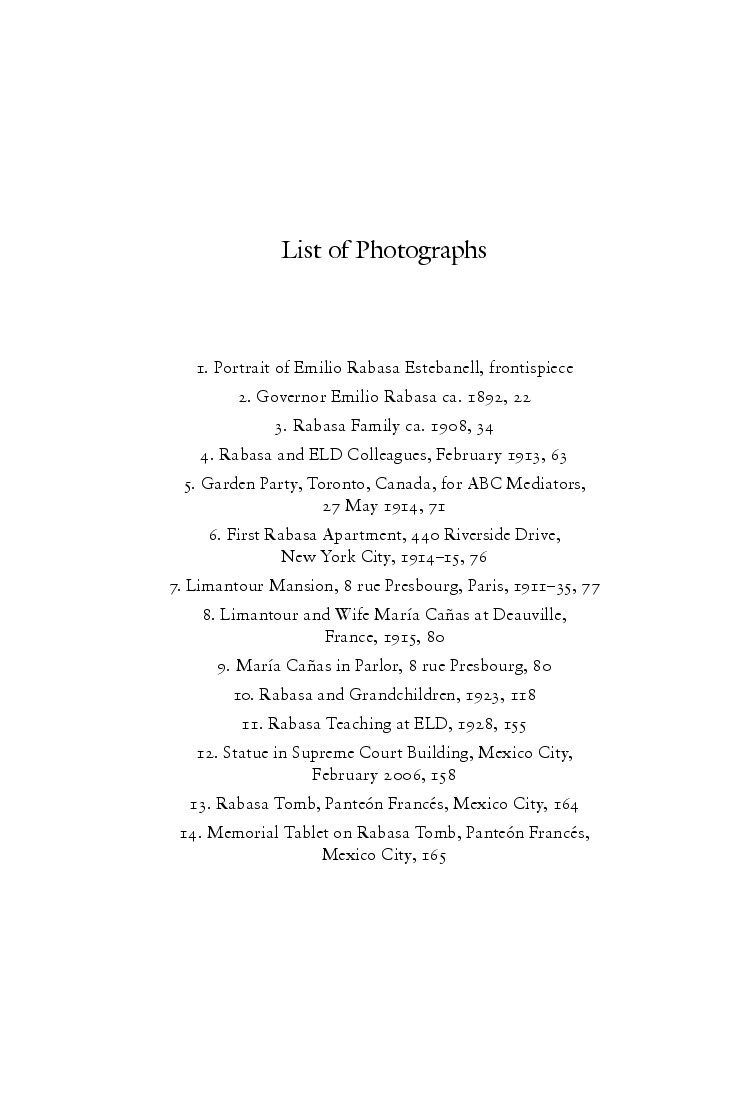 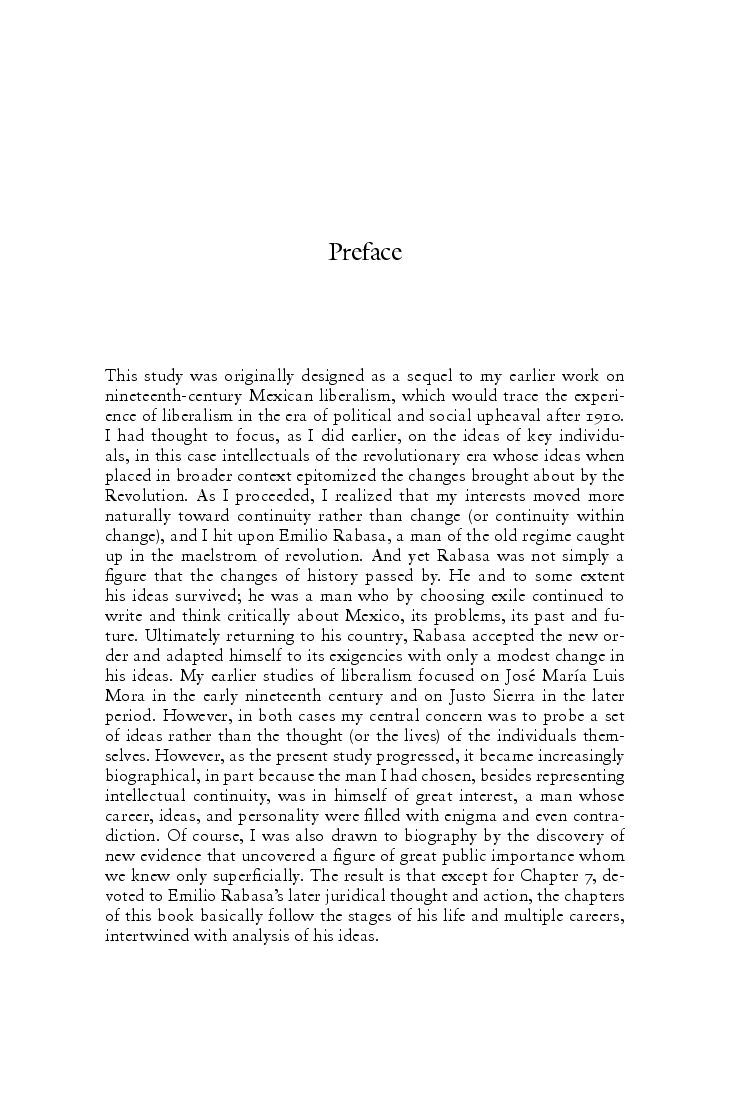 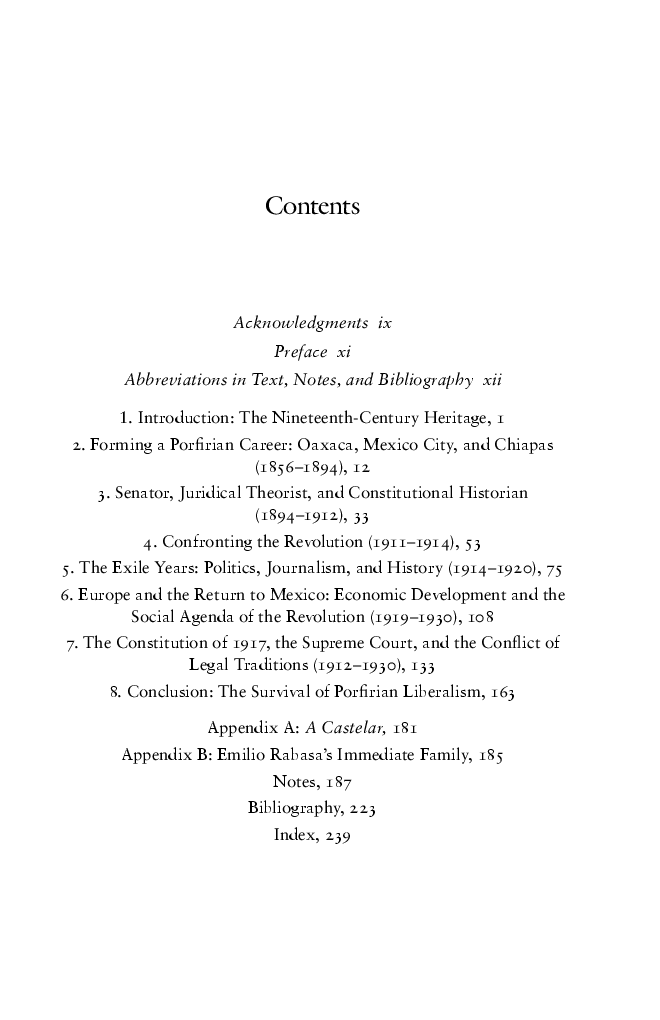