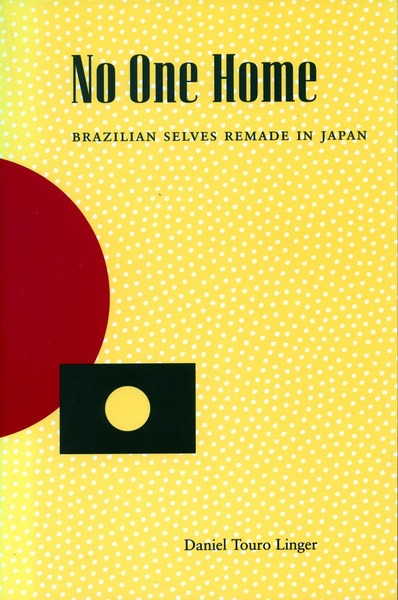 The movement of Brazilians of Japanese descent to Japan is one of the most intriguing transnational migrations of recent years. In 1990, seeking a supply of ethnically acceptable unskilled workers, Japan permitted overseas Japanese, along with their spouses and children, to enter the country as long-term residents. The prospect of high salaries eventually drew about 200,000 nikkeis, as Brazilians of Japanese descent often call themselves, to Japan, making them Japan's third-largest minority group.

No One Home is an ethnographic study, based on fieldwork and extensive personal interviews, of nikkeis living in Toyota City. The migrants' dual identities coexist uneasily. The book focuses on how Brazilian factory workers and their children work through the problems arising from their ambiguous status. In Toyota City and environs, Brazilian men and women do hard, dirty, and dangerous physical labor in automobile-parts plants that supply Toyota Motors and other large automobile manufacturers. Japanese schools confront their children with an array of cultural, linguistic, educational, and personal obstacles. In the immediacies of the shop floor, classroom, and their leisure activities, nikkeis remake in Japan selves they had forged as citizens of Brazil, a process that is dynamic, varied, and unpredictable.

The book complements the recent literature on transnationalism in several important respects. While recognizing the influence of global economics and media, it emphasizes how transnationalism is lived. It highlights people's experiences rather than the conditions of those experiences, and examines their senses of self rather than identity constructs. Instead of treating neighbors and interviewees as members of social categories, the author explores personal realms—the rich, complex, idiosyncratic selves nikkeis continually refashion during their sojourn in Japan. Overall, he underlines the significance of consciousness, experience, and biography for comprehensive studies of transnationalism and identity.

Daniel T. Linger is Associate Professor of Anthropology at the University of California, Santa Cruz. He is the author of Dangerous Encounters: Meanings of Violence in a Brazilian City (Stanford, 1992).

"An important contribution to academic literature. . . . an example of well-rounded interdisciplinary scholarship."