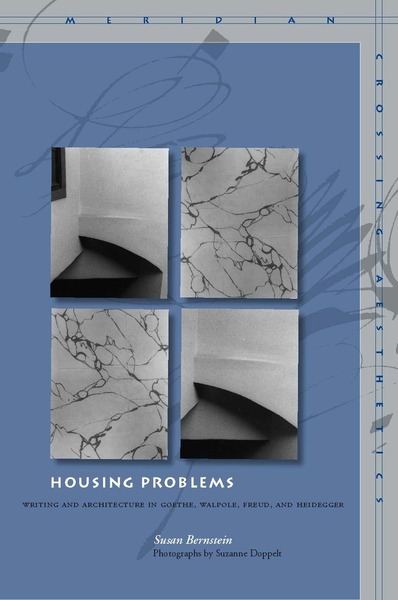 In Housing Problems, Susan Bernstein studies the actual houses of Goethe, Walpole, and Freud alongside textual articulations of the architectonic problems of design, containment, shelter, and fragmentation. The linking of "text" and "house" brings into focus the historical tradition that has established a symmetry between design and instance, interior and exterior, author and house—an often unexamined fantasy of historicism. Taking as its point of departure Goethe's efforts to establish such a synthesis through the concept of Bildung, the book traces the destabilization of this symmetry between house and self in Gothic literature and in narratives surrounding the founding of psychoanalysis. The interest in architecture holds open the tension between the generalizing figures of architectonics and the singular quality of housing features. These continue to mark theoretical thinking even as they dissolve and withdraw, as in Heidegger's "house of Being."

Susan Bernstein is Professor of Comparative Literature and German Studies at Brown University. She is the author of Virtuosity of the Nineteenth Century: Performing Music and Language in Heine, Liszt, and Baudelaire (Stanford, 1998).

"Susan Bernstein's Housing Problems: Writing and Building in Goethe, Walpole, Freud, and Heidegger examines how architectural terminology organizes literary and philosophical texts. She presents striking new scholarship, moving clearly beyond the first forays to unearth the architecture of metaphysical thought. This is an important work that will be read by architects, literary critics, and philosophers alike."

"In her highly original new study, Housing Problems, Susan Bernstein compares the actuality of built architecture with the concept behind it in private homes belonging to Goethe, Horace Walpole, Freud, and Heidegger . . . In Bernstein's hands, objective truth does not seem to exist, but rather gives way to multiple truths. Bernstein makes this apparent in the collage-like manner with which she treats her subject, but also with the elegant, often poetic, language she employs. She loves to deal in opposites, joining them together so they become parts of a whole, rather than dichotomous constructs in a way the architects Robert Venturi and Denise Scott Brown would have loved."

"Professor Susan Bernstein is an accomplished scholar and a key figure in the fields that she commands. Housing Problems, to my knowledge unique, interprets material practices of historical restoration and presentation together with fictional, autobiographical, and philosophical texts. I am delighted to see that Bernstein has won the support of award-winning photographer Suzanne Doppelt, who in a recent article in France, was designated as the Man Ray of our era. This book is bound to open a stirring chapter in the history of outstanding collaboration and genuine thoughta truly rare collation of intellectual energies."

"To read across Goethe, Walpole, Freud, and Heidegger is to be part of a genuinely novel interpretive experience . . . Literature's encounter with architecture, via Bernstein's book, might become productive for knowledge and debates that exist within literary theory." 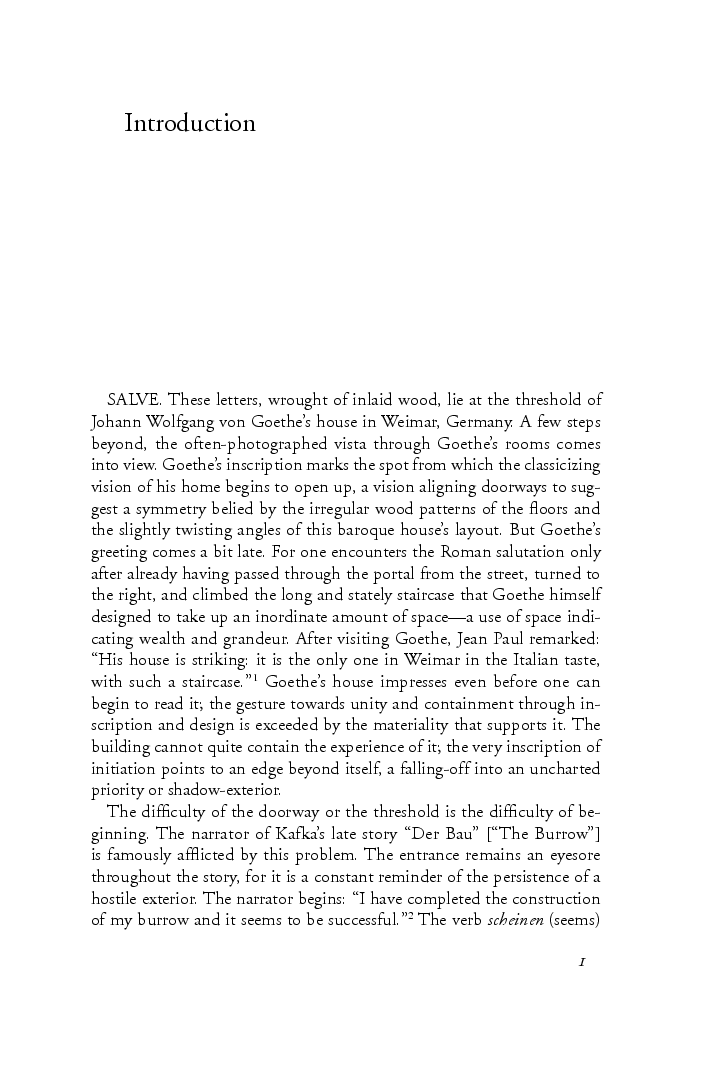 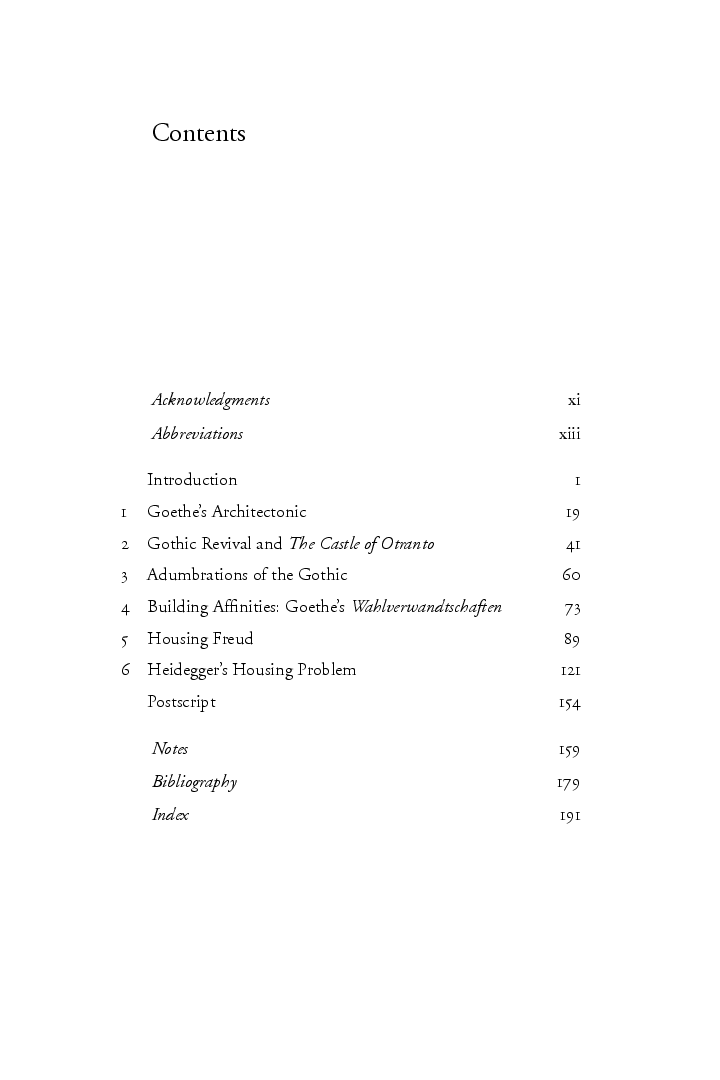