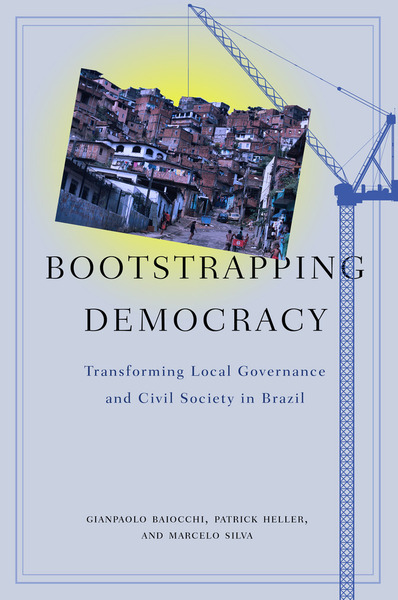 Despite increasing interest in how involvement in local government can improve governance and lead to civic renewal, questions remain about participation's real impact. This book investigates participatory budgeting—a mainstay now of World Bank, UNDP, and USAID development programs—to ask whether its reforms truly make a difference in deepening democracy and empowering civil society. Looking closely at eight cities in Brazil, comparing those that carried out participatory budgeting reforms between 1997 and 2000 with those that did not, the authors examine whether and how institutional reforms take effect.

Bootstrapping Democracy highlights the importance of local-level innovations and democratic advances, charting a middle path between those who theorize that globalization hollows out democracy and those who celebrate globalization as a means of fostering democratic values. Uncovering the state's role in creating an "associational environment," it reveals the contradictory ways institutional reforms shape the democratic capabilities of civil society and how outcomes are conditioned by relations between the state and civil society.

Gianpaolo Baiocchi is Associate Professor of Sociology at Brown University. He is the author of Militants and Citizens: The Politics of Participatory Democracy in Porto Alegre (Stanford University Press, 2005) and Radicals in Power: The Workers' Party and Experiments in Urban Democracy in Brazil(2003).

Patrick Heller is Associate Professor of Sociology at Brown University. He is the coauthor of Social Democracy in the Global Periphery: Origins and Prospects (2007) and author of The Labor Development: Workers and the Transformation of Capitalism in Kerala, India (1999).

Marcelo Kunrath Silva is Associate Professor of Sociology and Rural Sociology at the Federal University of Rio Grande do Sul, Brazil.

"Bootstrapping Democracy demonstrates the importance of ongoing experimentation as local governments and their civil society allies seek to deepen the quality of democratic institutions . . . Their research design, a paired case comparison, advances academic and policy debates on participatory democracy . . . The comparative approach used in this book makes it useful for both undergraduate and graduate courses."

"This is one of the better contributions concerning participatory democracy in Brazil to be published in recent years. What makes this better than other recent studies of grassroots democracy in Brazil is the closer analysis of the different ways that PB develops across cities. . . This is an accessible book, even when the authors are discussing jargon-laden democratic theory or comparing Brazilian experiences to similar experiments in India and South Africa."

"Baiocchi, Heller, and Silva go beyond examining the 'success' of participatory budgeting to assess its actual impact in terms of government services and the further development of civil society. This clear, original work fills a very large void and really is incomparable."

"Bootstrapping Democracy is an exciting breath of fresh air in an era when the intellectual debate on how to construct effective democratic politics seems in danger of becoming sterile. Baiocchi, Heller, and Silva put an impressive set of empirical data together with an original theoretical perspective to create a positive thesis that should have a powerful invigorating impact on the democracy debate." 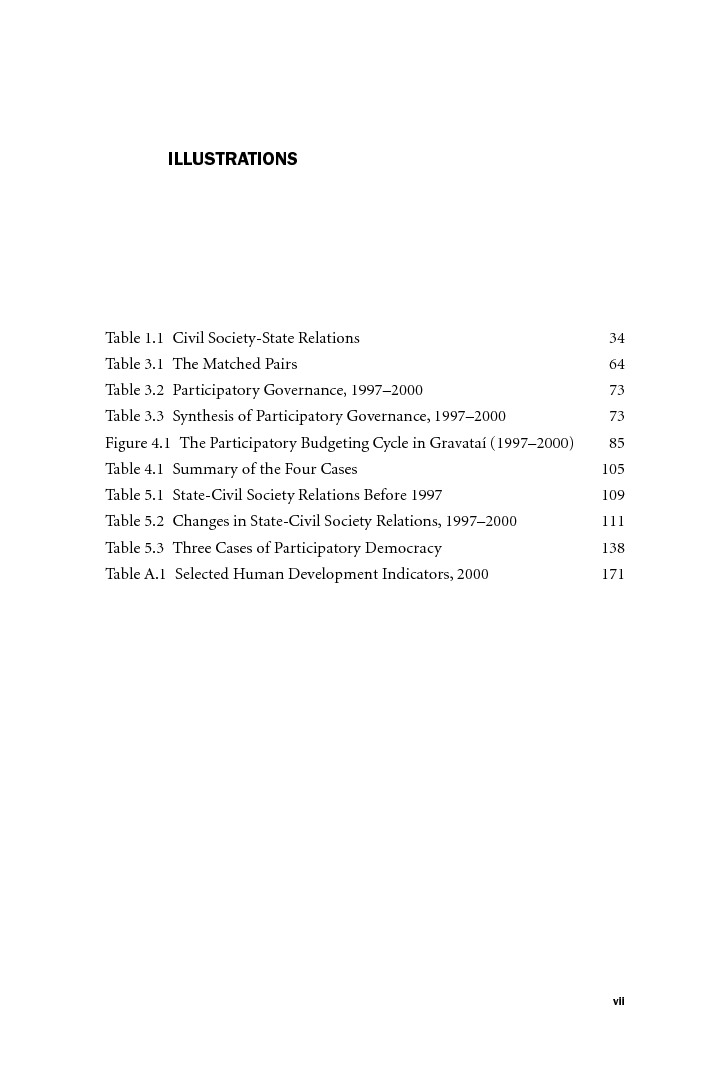 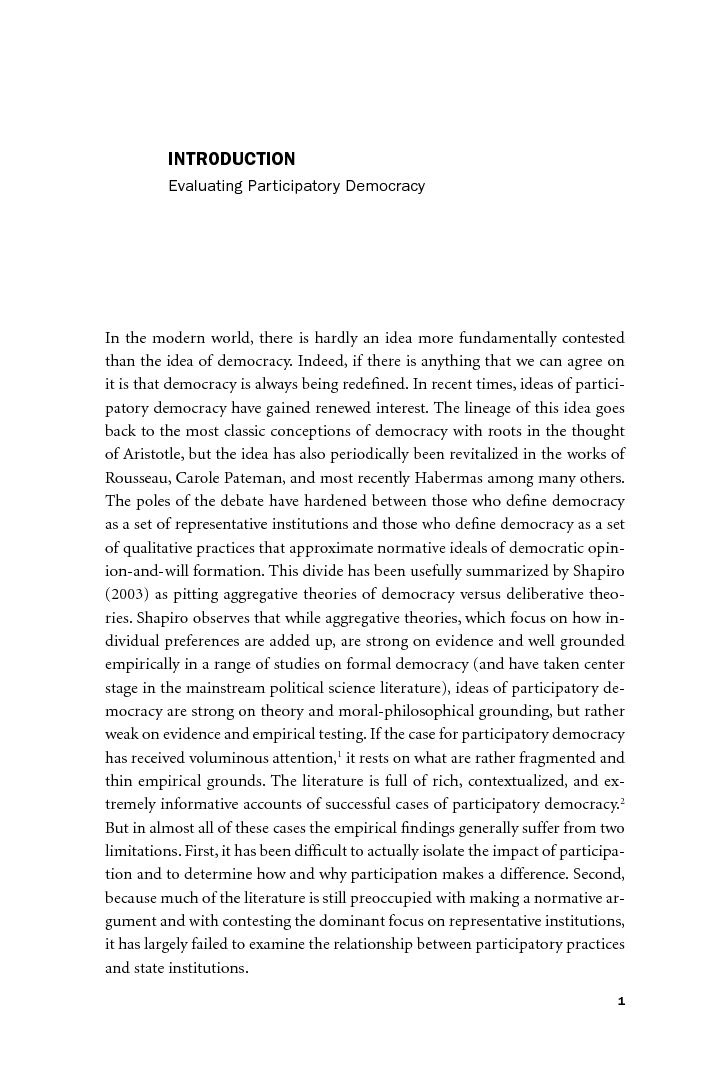 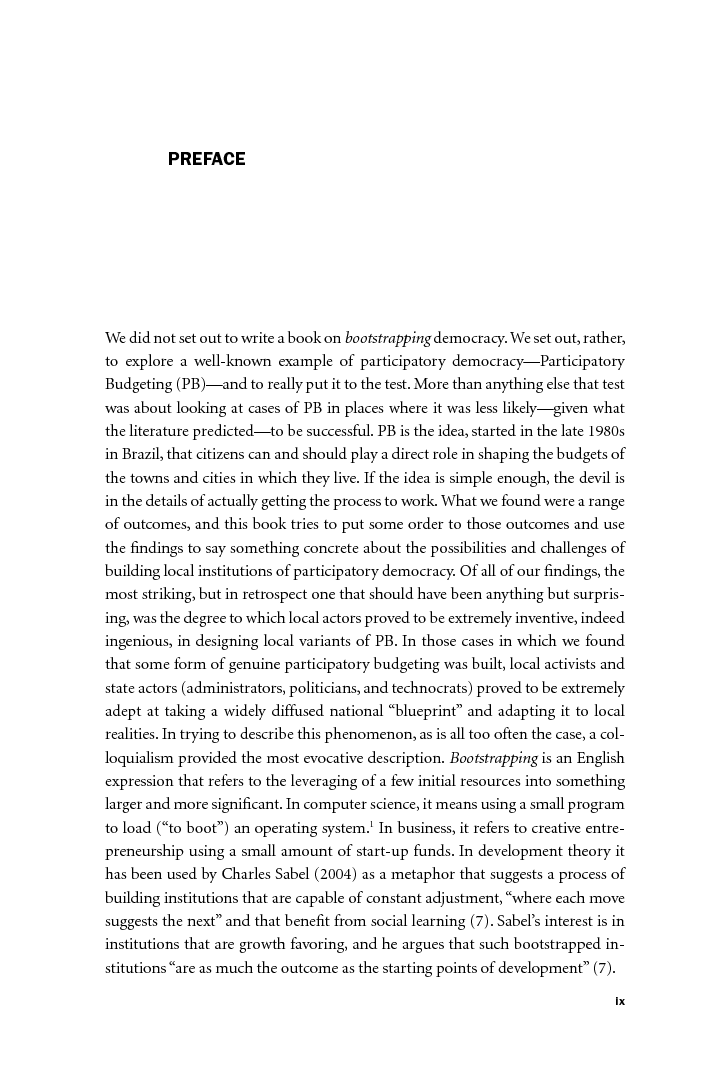 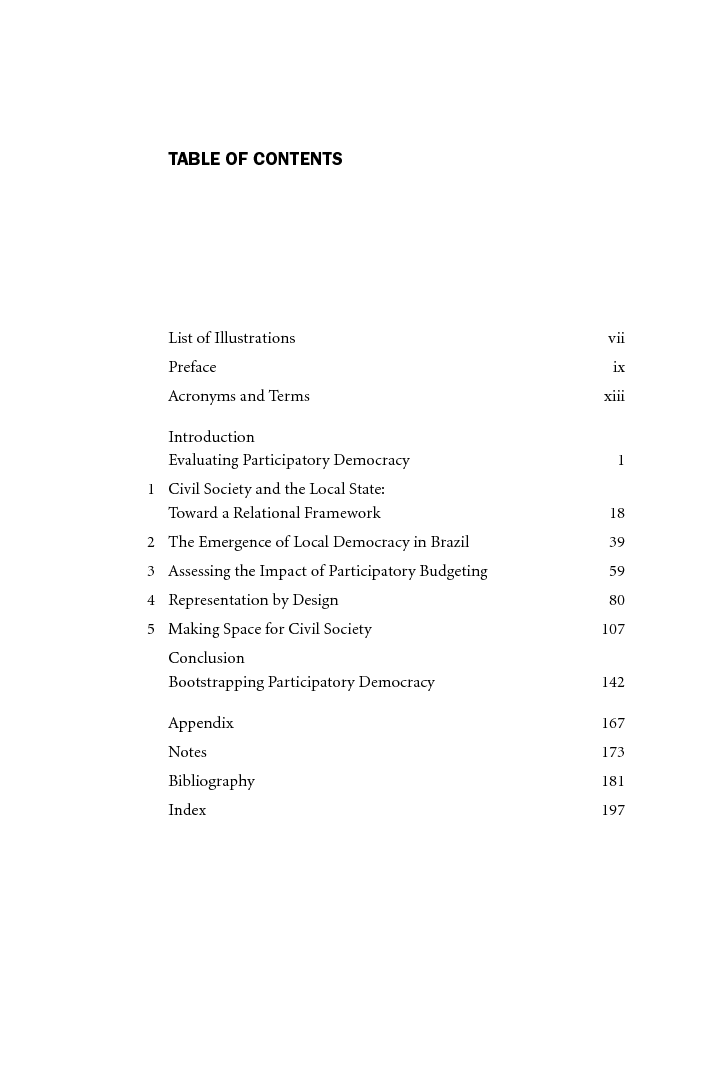