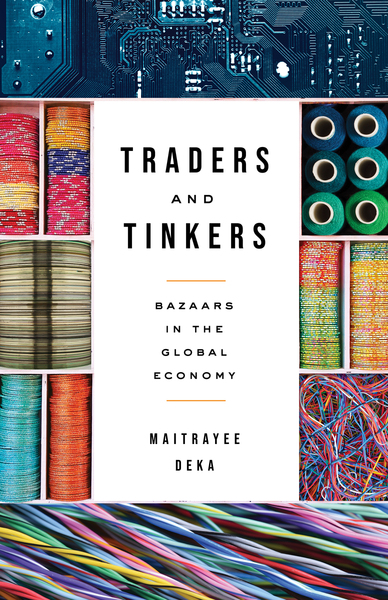 The term "tinker" calls to mind nomadic medieval vendors who operate on the fringe of formal society. Excluded from elite circles and characterized by an ability to leverage minimal resources, these tradesmen live and die by their ability to adapt their stores to the popular tastes of the day. In Delhi in the 21st century, an extensive network of informal marketplaces, or bazaars, have evolved over the course of the city's history, across colonial and postcolonial regimes, and their resilience as an economic system is the subject of this book. Today, instead of mending and selling fabrics and pots, these street vendors are primarily associated with electronic products—computers, cell phones, motherboards, and video games. This book offers a deep ethnography of three Delhi bazaars, and a cast of tinkers, traders, magicians, street performers, and hackers who work there. It is an exploration, and recognition, of the role of bazaars and tinkers in the modern global economy, driving globalization from below. In Delhi, and across the world, these street markets work to create a new information society, as the global popular classes aspire to elite consumer goods they cannot afford except in counterfeit.

Maitrayee Deka is Senior Lecturer in Sociology at the University of Essex.