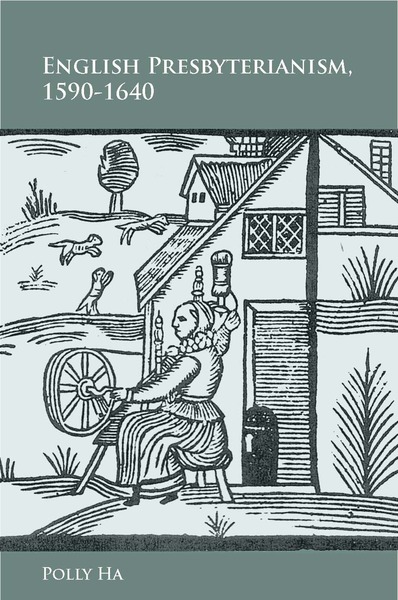 This book offers an alternative interpretation of pre-Civil War England, challenging the standard narrative that English presbyterianism was successfully extinguished from the late sixteenth century until its prominent public resurgence during the English Civil War.

From their emergence in the 1570s, English presbyterians posed a threat to the Church of England, and, in 1592, the English crown arrested the leaders of the presbyterian movement. Ha shows that, during the ensuing half century of apparent silence, English presbyterians remained continually active. They made a concerted effort, for example, to build an alliance with common lawyers against episcopal authority. Yet they also sought to prove the compatibility of their church government with royal supremacy. They agitated for further reformation of the Church of England, but by the early seventeenth century they had contributed to the birth of 'independency' and to puritan appeals to neo-Roman views of liberty.

Polly Ha is Lecturer at the School of History, University of East Anglia. She is co-editor, with with Patrick Collinson, of The Reception of Continental Reformation in Britain (2010).

"Ha has done her research assiduously . . . The strength of her book is its diligent tracing of connections across England's counties, the North Sea, the Irish Sea, and the Atlantic . . . [H]ere—at last—we are supplied with a convincing account of the Presbyterian movement's survival in unpropitious times."

"Polly Ha's book offers us the best example of this recent flurry of research [into English Presbyterianism]. . . Ha punctuates her logic with strong arguments; nothing is coyly disguised or glossed with excessive prose."

"Ha's careful research through a range of archival sources provides us with a clear impression of both the intellectual vibrancy of early seventeenth-century English Presbyterianism and also its viability as an alternative form of church government."

"This beautifully crafted, highly insightful study uncovers vital strands of native English Presbyterianism that did not die with the suppression of the Puritan movement by the crown in 1592, but continued to develop and thrive underground in the rich, fertile soil of the late sixteenth- and early seventeenth- century Puritan ecclesiological thought and practice. . . Ha's mastery of contemporary Puritan scholarship and its unexamined biases makes this study especially perceptive and gratifying to read."

"Polly Ha has done the historical community a great service by bringing the previously marginalized English Presbyterians back to the forefront of the early seventeenth century. . . . Ha's findings re-shape our understanding of early seventeenth-century history, both in England and abroad. This wide impact renders the book essential."

"This is a fascinating examination of English Presbyterianism in the years when it is not supposed to have existed . . . This is empirical history of the highest order backed by excellent analysis."

"Ha presents us with a quite original vision both of the continuity of Presbyterian thought between 1590 and 1640, when that discussion was supposed to have vanished, and of a full-fledged Presbyterian polity that compelled the loyalty and active involvement of a large number of English urban people."

"Polly Ha's discovery and identification of previously unknown manuscripts related to Walter Travers is ingenious and important. Her account of the religious history of the period with presbyterianism 'put back in' will be a valuable corrective and require that historians rethink their answers to a host of significant questions. No one who studies early modern English religious and political thought and culture or the history of New England can afford to ignore it." 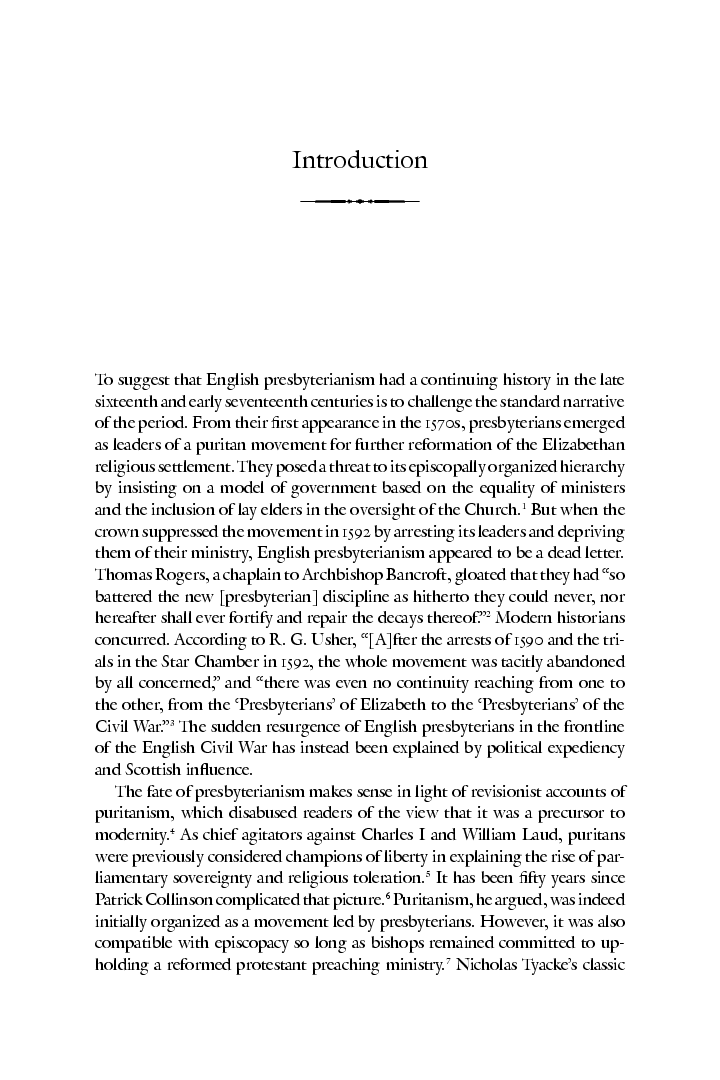 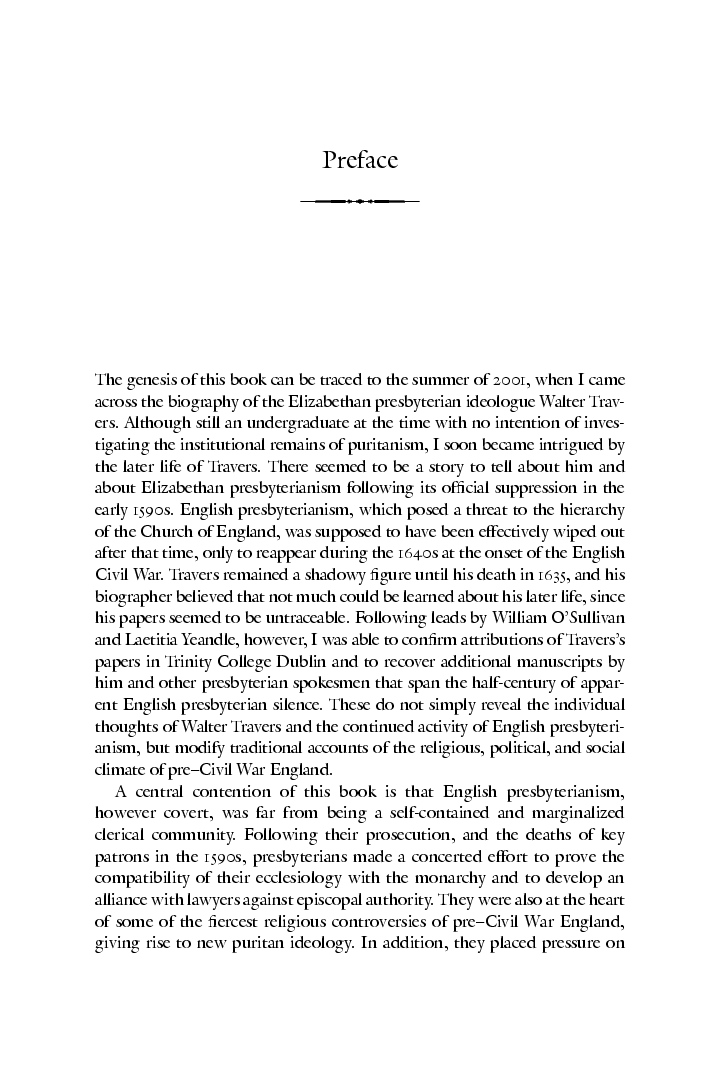 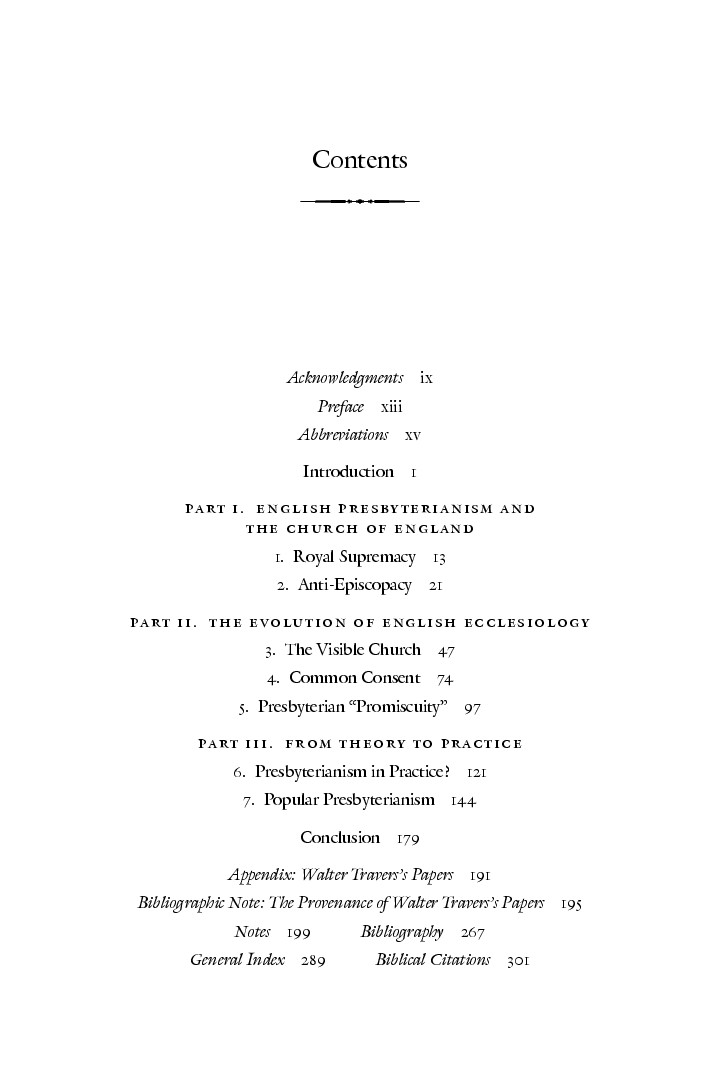 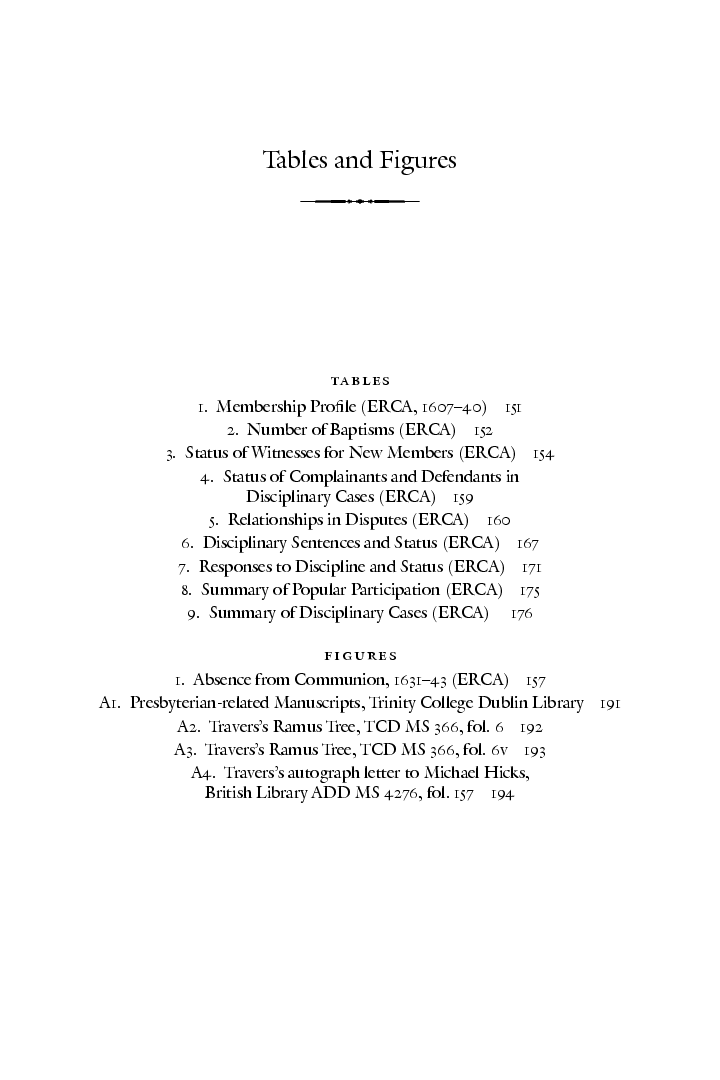