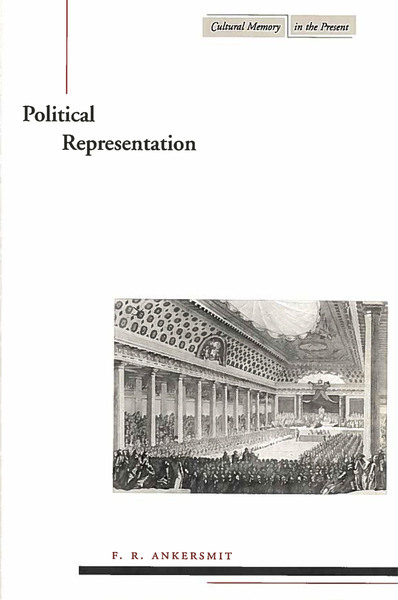 This ambitious work aims to reintroduce history into political theory. Contemporary political philosophy—liberalism, communitarianism, and republicanism—disregards history because it is irrelevant to the nature of politics and to what constitutes a political problem. The author argues that this view reduces politics and political philosophy to a vapid academic game that is insensitive to both the essence and practice of politics. He proposes that an indissoluble link between history and politics lies in the notion of representation.

Since history represents the past, and the core of democratic politics resides in political representation, the author sees representation as the common ground of history and politics. He welcomes, analyzes, and elaborates all the aestheticist connotations of representation. The history of Machiavellianism demonstrates how influential the impact of history has been on political thought, ironically resulting in the repression of history from philosophical reflection on the nature of politics. Historicist political philosophy is distinguished from its anti-historicist rival in terms of the distinction between historicist compromise and anti-historicist consensus, as seen in the work of Rawls and Rorty. Compromise is shown to be politically creative and open-minded, whereas consensus is conservative and totalitarian.

Finally, the author argues that respect is the supreme democratic virtue, and that historicist political philosophy respects “respect,” while its anti-historicist rival has no rivals between disrespect and indifference.

Frank Ankersmit is Professor of History at the University of Groningen, The Netherlands. Among his many books are Historical Representation (Stanford, 2001) and Aesthetic Politics: Political Philosophy Beyond Fact and Value (Stanford, 1997)