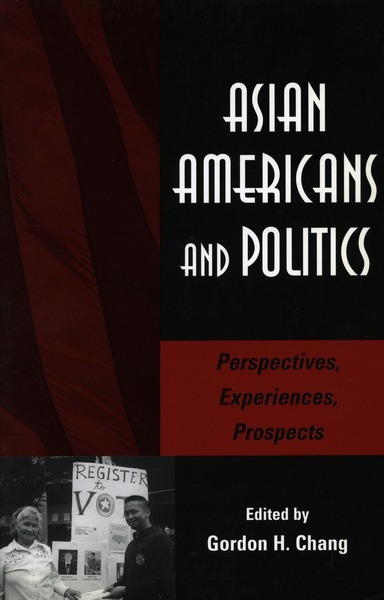 Asian Americans have quite recently emerged as an increasingly important force in American politics. In 1996, more than 300 Asian and Pacific Americans were elected to federal, state, and local offices; today, more than 2,000 hold appointive positions in government. Asian American voices have been prominent in policy debates over such matters as education, race relations, and immigration reform. On a more discordant note, a national controversy with racial overtones erupted in 1996-97 over alleged illegal Asian and Asian American campaign contributions and illicit foreign influences on American politics, and in 1999 another controversy arose over allegations that a Chinese American physicist had passed nuclear secrets to the Chinese government.

Gordon H. Chang is Associate Professor of History and Director of the Asian American Studies Program at Stanford University. He is the author of Morning Glory, Evening Shadow: Yamato Ichihashi and His Internment Writings, 1942-1945 (Stanford, 1997), and Friends and Enemies: The United States, China, and the Soviet Union, 1948-1972 (Stanford, 1990).

"This is an extraordinarily good collection of essays, one of the finest of its kind that I have encountered. . . . [The essays] are topically varied, theoretically and ideologically diverse, and comprehensive."