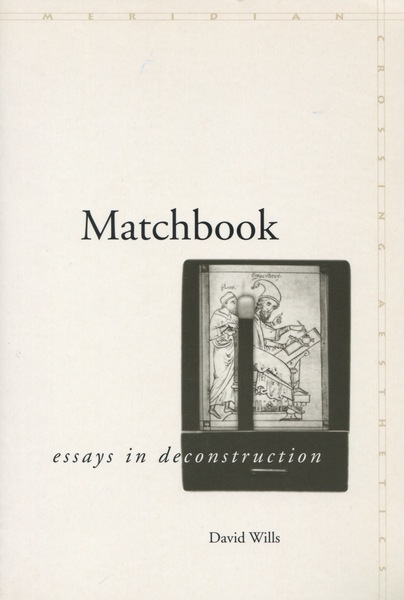 Matchbook consists of nine essays written around, or in response to, work published by Jacques Derrida since 1980. The focal point of the essays is the "Envois," which forms part of Derrida's Post Card. Particular attention is paid to how that text articulates with the ethical and political emphases of Derrida's more recent work, but also to its autobiographical conceit.

The "incendiary" reference of the book's title underscores deconstruction's engagement with questions of reading: relations between (slow) reading and the speed of technology, and the political effects of an internationalized deconstruction in a globalized culture. It is in terms of what deconstruction can have us think about the speed of technology and technologies of reading that Derrida's work has made one of its most important contributions to philosophy and literary and cultural studies. The book concentrates on that as proof of the continued relevance of such work.

David Wills is Professor of French and English and Chair of the Department of Languages, Literatures, and Cultures at SUNY, Albany. He is the author of Prosthesis (Stanford, 1995). 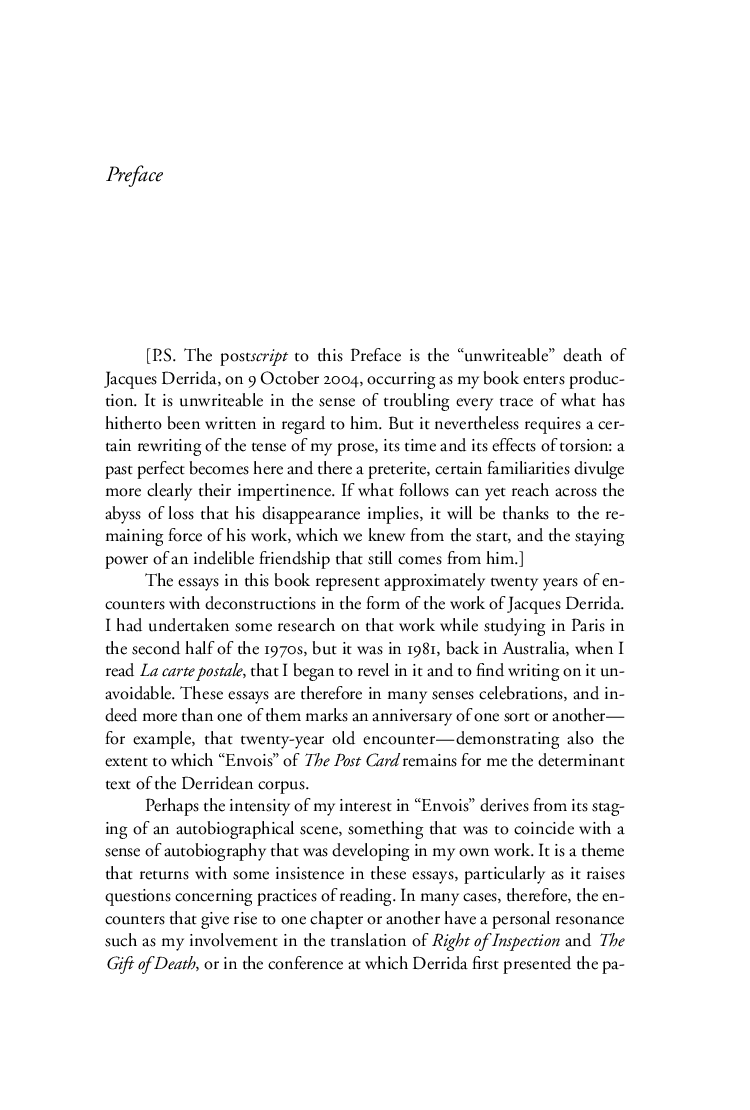