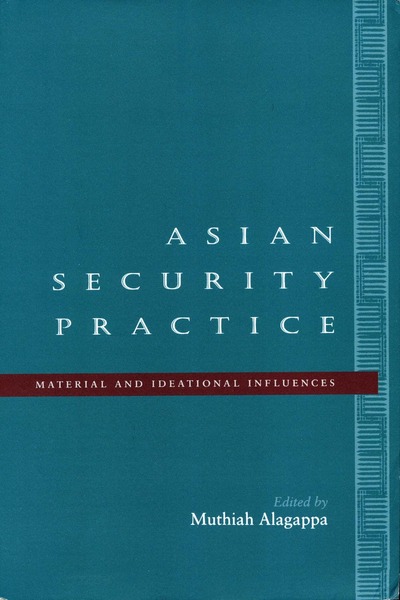 Despite the end of the Cold War, security continues to be a critical concern of Asian states. Allocations of state revenues to the security sector continue to be substantial and have, in fact, increased in several countries. As Asian nations construct a new security architecture for the Asia-Pacific region, Asian security has received increased attention by the scholarly community. But most of that scholarship has focused on specific issues or selected countries. This book aims to lay the groundwork for a comprehensive, in-depth understanding of Asian security by investigating conceptions of security in sixteen Asian countries.

The book undertakes an ethnographic, country-by-country study of how Asian states conceive of their security. For each country, it identifies and explains the security concerns and behavior of central decision makers, asking who or what is to be protected, against what potential threats, and how security policies have changed over time. This inside-out or bottom-up approach facilitates both identification of similarities and differences in the security thinking and practice of Asian countries and exploration of their consequences. The crucial insights into the dynamics of international security in the region provided by this approach can form the basis for further inquiry, including debates about the future of the region.

The book is in three parts. Part I critically reviews and appraises the debate over defining security and provides a historical overview of international politics in Asia. Part II investigates security practices in sixteen Asian countries, the countries selected and grouped on the basis of security independence. Based on the findings of the country studies and drawing on other published works, Part III compares the national practices with a view to identifying and explaining key characteristics of Asian security practice and conceptualization on the basis of the Asian experiences.

"It is not often that a book of this quality, substance, and scope appears. . . .This book is, without a doubt, a major contribution to the literature on the Asian security practice and one which can be confidently predicted to become a standard reference for many years to come."