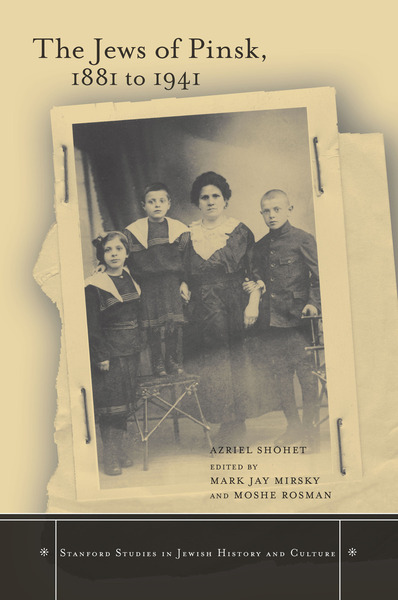 The Jews of Pinsk, 1881 to 1941
Azriel Shohet Edited by Mark Jay Mirsky and Moshe Rosman Translated by Faigie Tropper and Moshe Rosman, with an Afterword by Zvi Gitelman
SERIES: Stanford Studies in Jewish History and Culture

The Jews of Pinsk is the most detailed and comprehensive history of a single Jewish community in any language. This second portion of this study focuses on Pinsk's turbulent final sixty years, showing the reality of life in this important, and in many ways representative, Eastern European Jewish community. From the 1905 Russian revolution through World War One and the long prologue to the Holocaust, the sweep of world history and the fate of this dynamic center of Jewish life were intertwined. Pinsk's role in the bloody aftermath of World War One is still the subject of scholarly debates: the murder of 35 Jewish men from Pinsk, many from its educated elite, provoked the American and British leaders to send emissaries to Pinsk. Shohet argues that the executions were a deliberate ploy by the Polish military and government to intimidate the Jewish population of the new Poland. Despite an increasingly hostile Polish state, Pinsk's Jews managed to maintain their community through the 1920s and 30s—until World War Two brought a grim Soviet interregnum succeeded by the entry of the Nazis on July 4th, 1941.

Azriel Shohet was a faculty member at what became the University of Haifa.

Mark Jay Mirsky is Professor of English at The City College of New York.

Moshe Rosman is Professor of Jewish History of Bar Ilan University in Israel.

"[The Jews of Pinsk, 1881 to 1941] is an impressive and very complete account of Jewish life in Pinsk . . . [I]t remains a testament to his dedication to the subject and constitutes a major resource for all those interested in the history of the Jews of Eastern Europe."

"Shohet's study exposes the intricacies of Jewish life in Pinsk from 1881 until 1941. Using many Hebrew and Yiddish newspapers, memoirs, testimonies, and eyewitness interviews, the author paints a colorful portrait of Pinsk's Jewry . . . The book makes an important contribution to scholarship on the history of Jewish urban culture, social movements, economy, and education, furthering the study of Jewish history in eastern Europe in its micro-historical context, without losing the lines of broader contemporary Jewish scholarship."

"Shohet includes a wealth of data regarding Jewish culture and education in Pinsk, as well as details about Jewish communal and social welfare institutions during the period . . . These strengths make the book a useful reference work for scholars; the fine translation from the Hebrew will enable undergraduates and general readers to learn from it as well."

"This translation into English, largely due to the painstaking input of Moshe Rosman (who corrected many references and notes), is even better than the original. It will long remain a standard and reliable reference book on the history of a Jewish community in interwar Poland and on the context of Jewish religious life in this period."

"This is a wonderful piece of scholarship that enlightens our understanding of Jewish communal life in Eastern Europe in modern times. What makes the book fascinating is the use of rare materials, including archival documents, unpublished letters, memoirs, rare newspapers in four languages, and conversations with individuals from Pinsk. The book's importance lies in the fact that we are shown in detail how a single city fared from before World War I up until World War II." 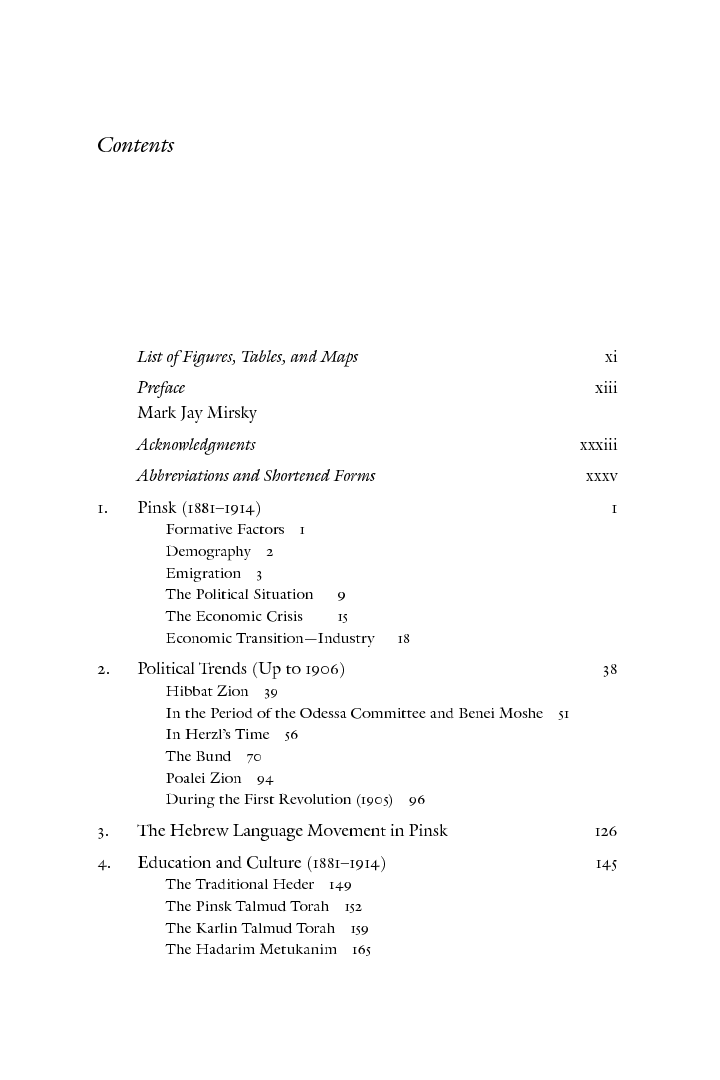 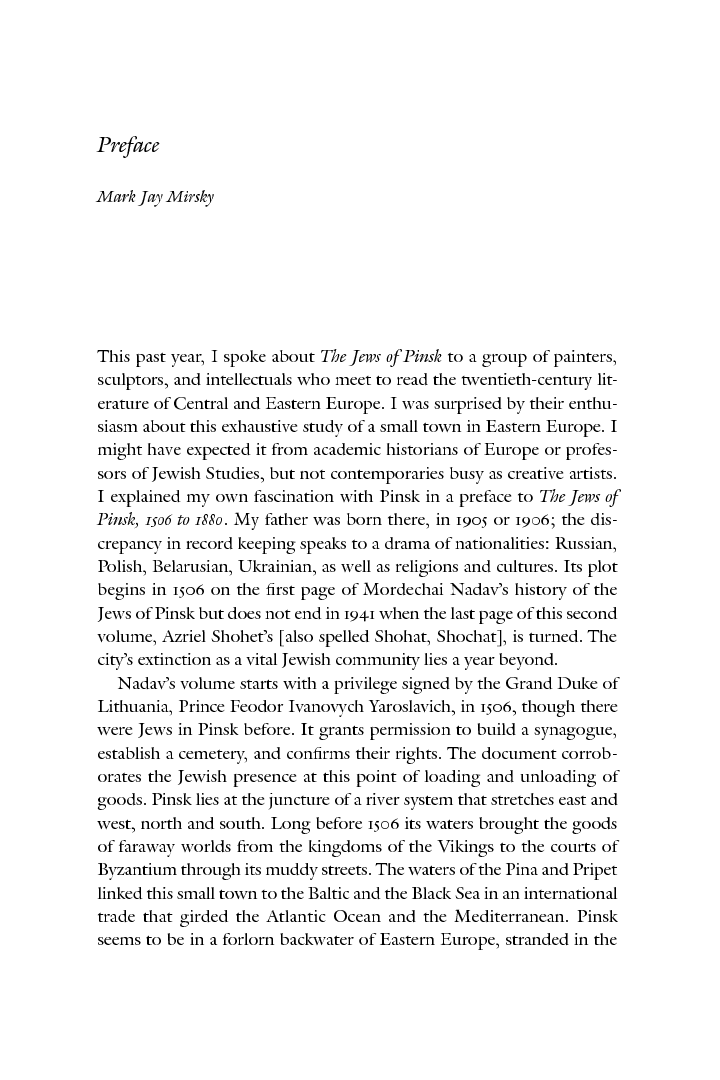