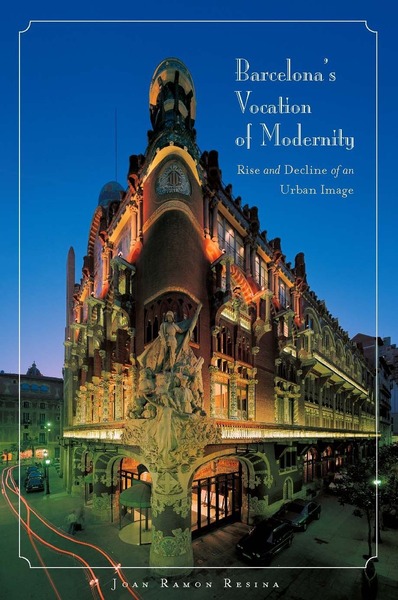 Since the closing decades of the nineteenth century, Barcelona has striven to sustain an image of modernity that distinguishes itself within Spain. Barcelona's Vocation of Modernity traces the development of that image through texts that foreground key social and historical issues. It begins with Barcelona's "coming of age" in the 1888 Universal Exposition and focuses on the first major narrative work of modern Catalan literature, La febre d'or. Positing an inextricable link between literature and modernity, Resina establishes a literary framework for the evolution of the image of Barcelona's modernity through the 1980s, when the consciousness of modernity took on an ironic circularity. Because the city is an aggregation of knowledge, Resina draws from sociology, urban studies, sociolinguistics, history, psychoanalysis, and literary history to produce a complex account of Barcelona's self-reflection through culture. The last chapter offers a glimpse into the "post-historical" city, where temporality has been sacrificed to the spatialization associated with the seductions of the spectacle.

Joan Ramon Resina is Professor in the Department of Spanish and Portuguese at Stanford University. He is the author of a number of books, including El cadáver en la cocina: La novela policiaca en la cultura del desencanto (1997) and El postnacionalisme en el mapa global (2004). Among his distinctions are the Fulbright Fellowship and the Alexander von Humboldt Fellowship.

"Resina's book has a resolute and convincingly interdisciplinary scope and a sustained theoretical depth that creates a unique and highly intelligent critical discourse on Barcelona and its modernity . . . Professor Resina's brilliant intellectual undertaking on the complexity of Barcelona's experience of modernity and its representations makes Barcelona's Vocation of Modernity a must-read book, an obligatory reference for all scholars, students, and readers who want to talk about any of the issues, texts, and events discussed in the book."

"This book is undoubtedly a major contribution both to Catalan Studies and to urban studies. Building on an impressive theoretical framework that combines sociology, history, philosophy, urban studies, sociolinguistics, psychoanalysis, and literary and cultural theory, Joan Ramon Resina offers here a social and cultural history of modern Barcelona . . . Through his readings Resina shows with great originality and intelligence the complexities, ambiguities and ambivalences that plague this history."

"This is an impressive attempt to include Barcelona within a welter of major philosophical and ideological speculation on the theme of the European metropolis. . . . A whole series of musings of eminent authorities—from Benjamin, Certeau, Baudrillard, Foucault, Habermas, Lefebvre, Lyotard, Simmel, and Marx—are adduced with ease and conviction to offer a comprehensive and thoroughly stimulating study."

"The author's deep knowledge of theory transforms his reflections on Barcelona's particular construction of modernity and its representations into an exceptional contribution to the current critical discussion on the city as modern and postmodern cultural space. . . . The intelligent and highly original connections he establishes between apparently disparate issues, events, and texts . . . reveal their full signification." 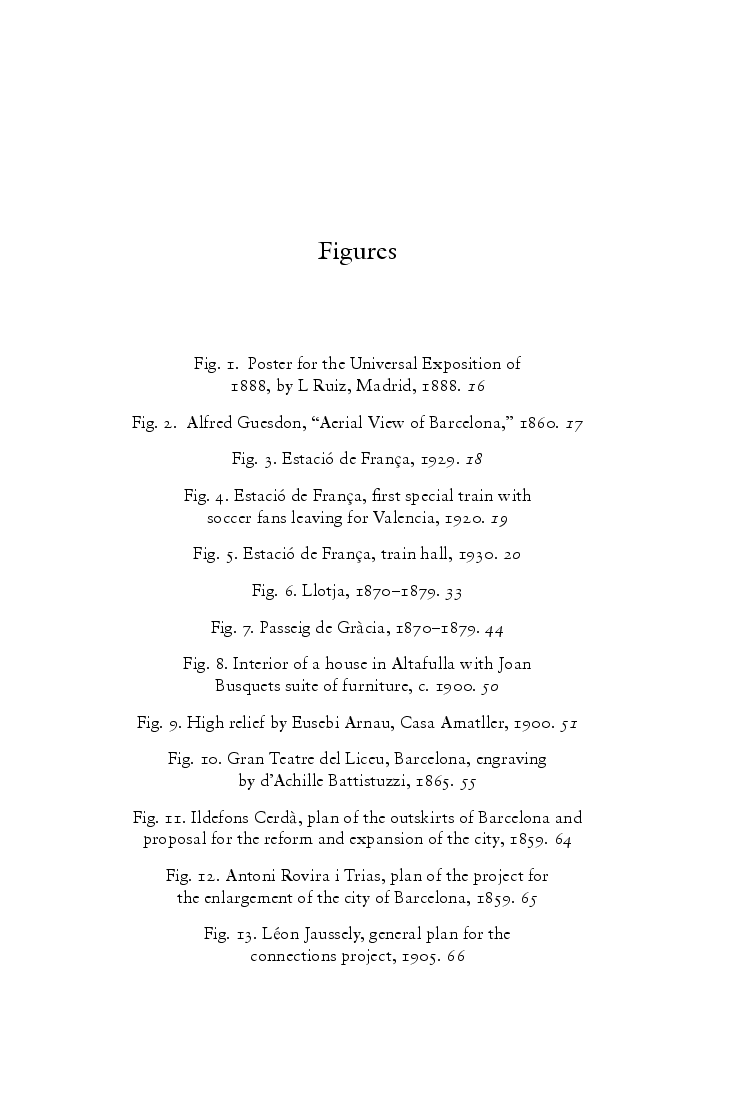 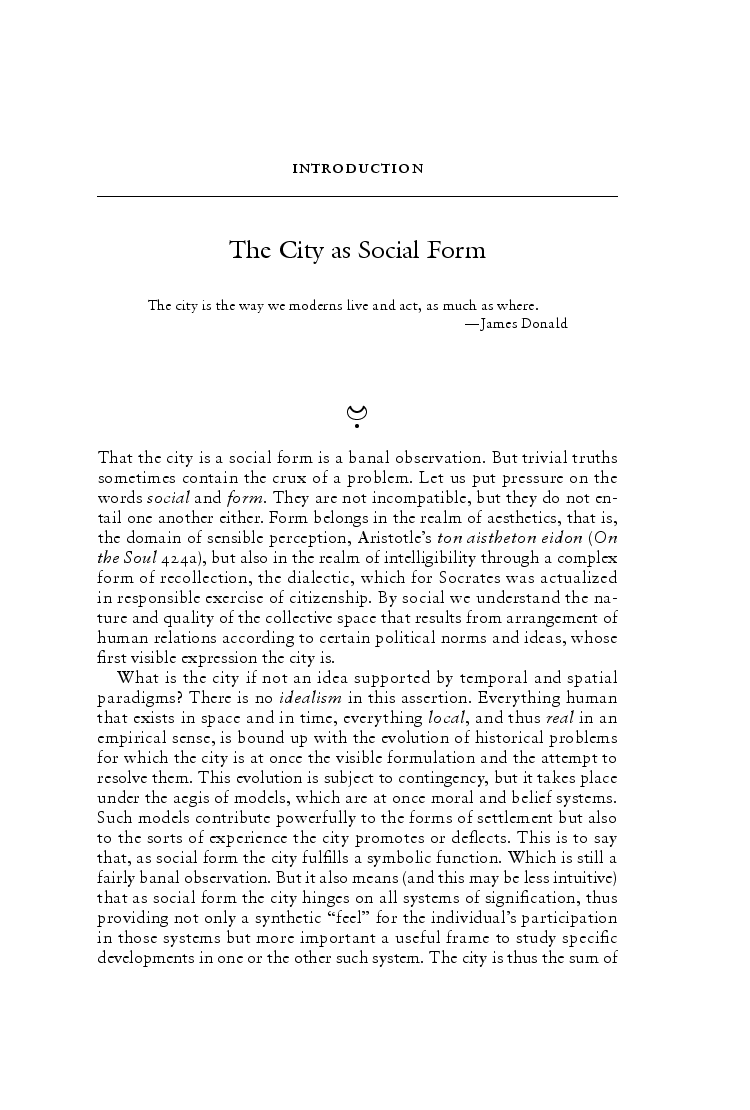 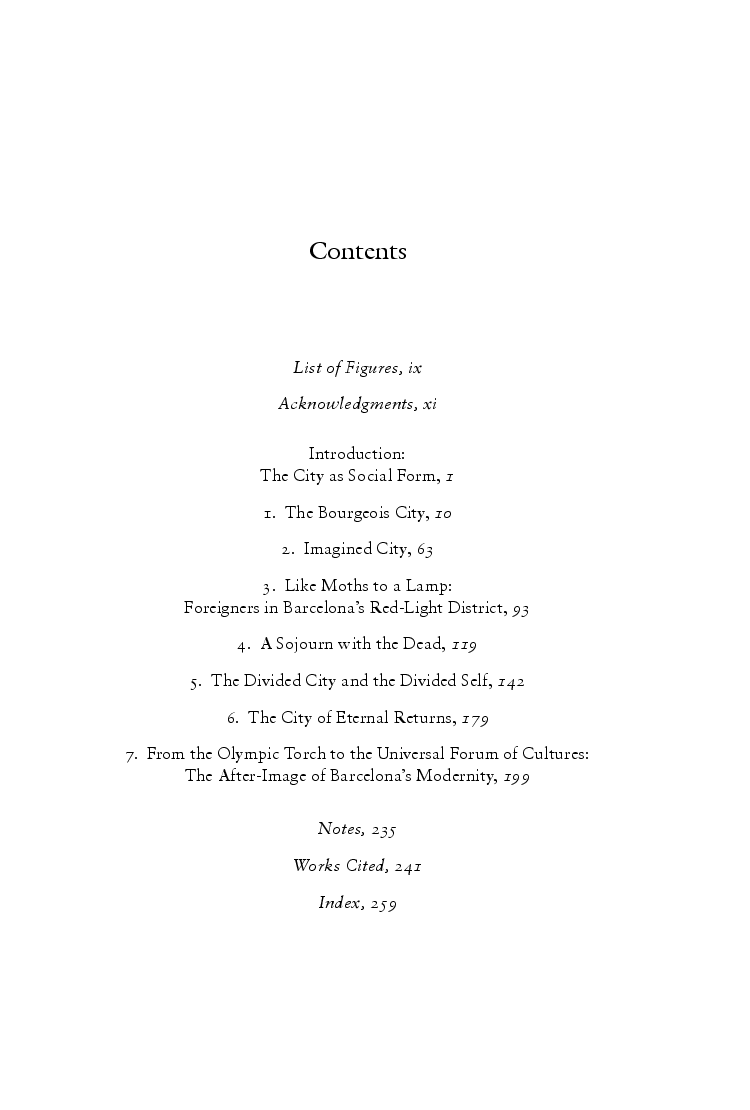