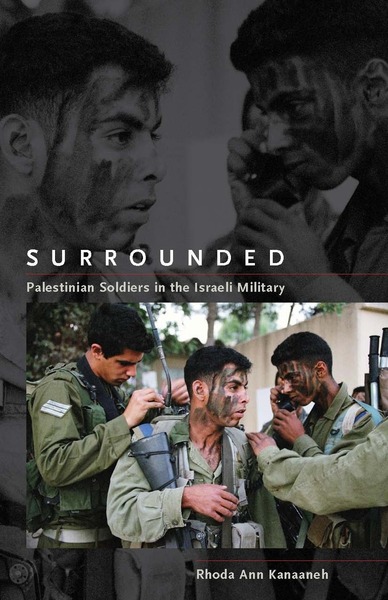 An estimated 3,000 Palestinian citizens of Israel currently volunteer to serve in the Israeli military, a force fighting other Palestinians just miles away in occupied territories. Surrounded takes a close look at this controversial group of soldiers, examining the complex reasons these people join the army and the wider implications of their decisions in terms of security and citizenship.

Most observers perceive a clear and powerful divide in the political tensions and open hostilities between the State of Israel and the Palestinian people, but often fail to notice those who straddle this divide—Palestinian citizens of Israel. These soldiers comprise no more than half a percent of this population, but their stories provide a powerful vantage point from which to consider a question faced by all Palestinians in Israel: to what extent are they, in fact, Israeli?

Surrounded contains over seventy interviews with soldiers, and provides a unique glimpse of their conflicting experiences of acceptance, integration, and marginalization within the Israeli military. Concluding with comparisons to similar situations around the world, the book upends nationalist understandings of how wars and those who fight in them work. A key to a more complex understanding of ethnic conflict, this gripping and revealing look at a select group of soldiers will immensely alter ideas about the reasons why people choose to fight, particularly on "the wrong side" of a war.

Rhoda Ann Kanaaneh is currently a visiting scholar in the Department of Middle East and Islamic Studies at New York University. She is the author of the award-winning book Birthing the Nation: Strategies of Palestinian Women in Israel (2002) and co-editor of the anthology Blue ID: Palestinians in Israel Revisited (2008).

"The book provides an interesting analysis of the class considerations and economic circumstances of individuals choosing to join the Israeli army."

"This is a pioneering study of a fascinating aspect of Arab life in Israel."

"No other book tackles the complexities Arab citizens of Israel face in joining the Israeli military. This thought-provoking book directly engages with people's assumptions and will certainly spark new debates."

"In this path-breaking, elegantly written and poignant ethnography, Kanaaneh manages a complex intellectual feat. She critically examines the concepts of citizenship, belonging, and identity by probing the motivations and behavior of a small group of Arabs in Israel, second class citizens at best, that voluntarily joins the military. These are the very same people who are made to signify and embody the insecurity of the state and thus justify the security regime. She astutely probes the consequences of this strategy of playing by the state's rules and its rewards which devolve from military service."

"This book provides a unique focus on the conflicted situation of Palestinian citizens inside Israel through examining those among them who choose to serve in the army of the Jewish state. A fascinating, engrossing and thought-provoking book."

—Rashid Khalidi, Columbia University, author of The Iron Cage: The Story of the Palestinian Struggle for Statehood

"Breaking away from the loaded moral terms like loyalty, patriotism, and collaboration that usually define debate about soldiers fighting 'on the wrong side,' Kanaaneh takes us deep into the lives, communities, and contradictions of the minority of Palestinian Arab citizens of Israel who serve in the army or police force. Lucid and eye-opening, consistently analytical, and based on uncommon fieldwork deftly managed, this book holdsunforgettable lessons: about the differences between self-perception and attribution; the complex role of military service in the workings of states and the definitions of citizenship; and for Palestinians and Israelis in particular, about the compulsions of economic need, the haunting dynamics ofdiscrimination, and the structural impasses of citizenship and identity in a state defined as Jewish."

"Surrounded is a complex and nuanced study of the small but significant number of Palestinian citizens of Israel who serve in that state's military and police forces, even though it denies them full and equal citizenship. Skillfully drawing on extensive interviews and other materials, Kanaaneh carefully explores the backgrounds and motivations of these men and women, the contexts that constrain their choices, how other Palestinians regard them, and comparable situations elsewhere in the world. This is a unique and important book which illuminates a little-known dimension of Palestinian life within Israel."

"Writing with great intellectual honesty, Rhoda Ann Kanaaneh addresses a phenomenon which is both exceptional and controversial, namely, the small minority of Palestinians who choose to serve in the Israeli military.... Kanaaneh's precision in research is matched by her vibrant prose style, and her ability to look at extremely complex questions from many angles and draw objective, nuanced conclusions."

"This is a sound sociological study that brings a sober analysis to a portion of Israeli society not always considered by outsiders." 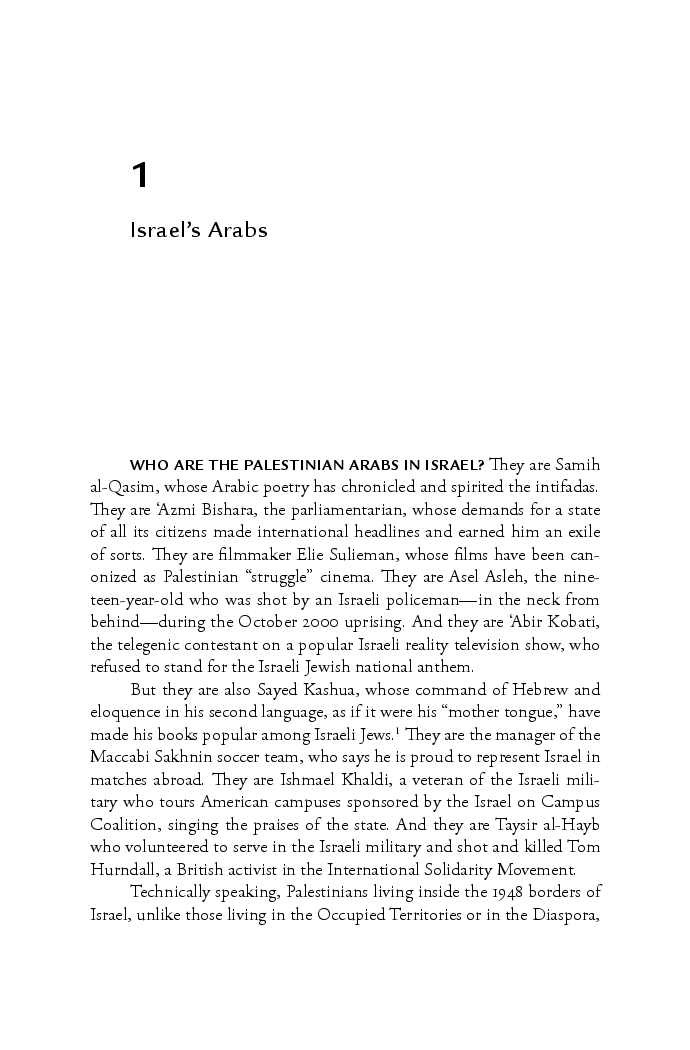 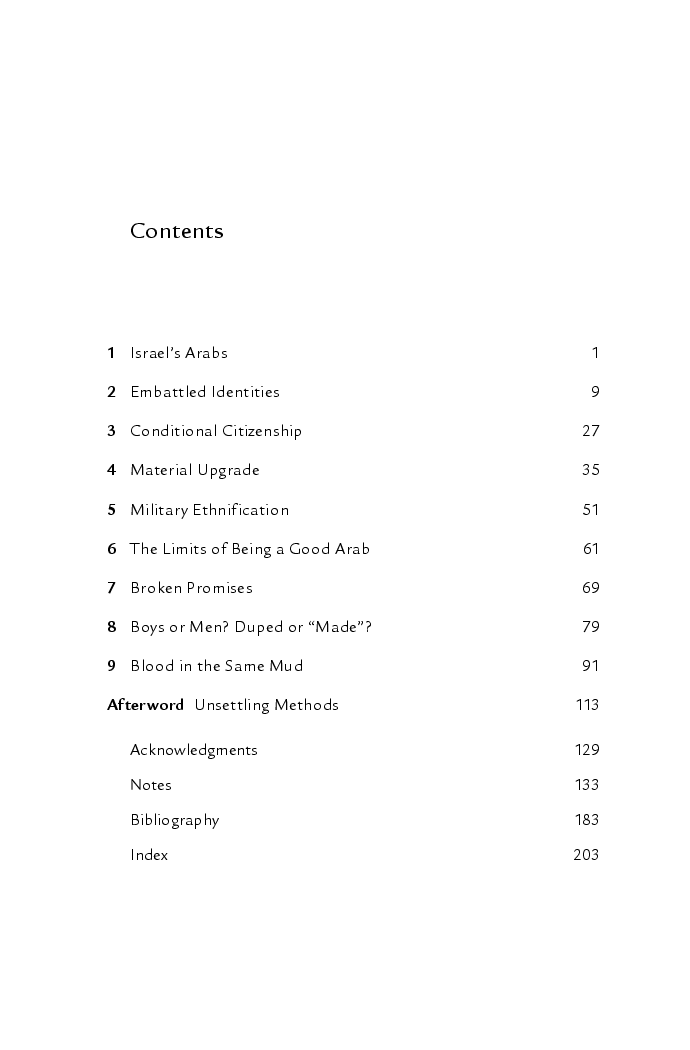