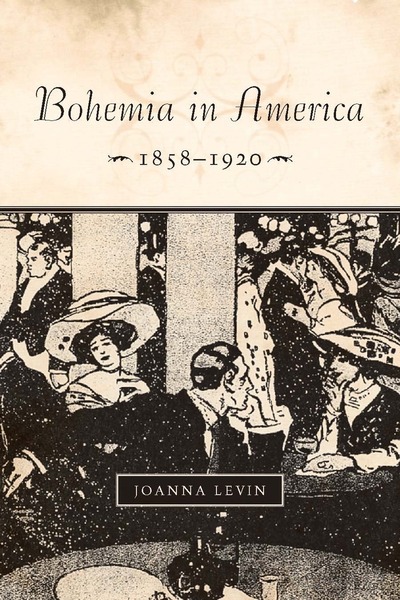 Bohemia in America, 1858–1920 explores the construction and emergence of "Bohemia" in American literature and culture. Simultaneously a literary trope, a cultural nexus, and a socio-economic landscape, la vie bohème traveled to the United States from the Parisian Latin Quarter in the 1850s. At first the province of small artistic coteries, Bohemia soon inspired a popular vogue, embodied in restaurants, clubs, neighborhoods, novels, poems, and dramatic performances across the country. Levin's study follows la vie bohème from its earliest expressions in the U.S. until its explosion in Greenwich Village in the 1910s.

Although Bohemia was everywhere in nineteenth- and twentieth-century American culture, it has received relatively little scholarly attention. Bohemia in America, 1858–1920 fills this critical void, discovering and exploring the many textual and geographic spaces in which Bohemia was conjured.

Joanna Levin not only provides access to a neglected cultural phenomenon but also to a new and compelling way of charting the development of American literature and culture.

Joanna Levin is Assistant Professor of English at Chapman University.

"In a thorough and insightful study of Bohemianism in the United States, Joanna Levin documents the significance of the term, 'part literary trope, part cultural nexus, and part socioeconomic landscape,' and traces its wavering course as the sign of cultural dissent, and of dissent emulated and commodified."

"Exhaustively researched and dynamically interdisciplinary, Levin persuasively challenges the widely held assumption that American Bohemianism was a 'feeble imitation' of its European counterpart. Instead, her text demonstrates the vitality of this American expression."

"Bohemia in America is revisionist history in the best sense. Not only does it overturn received wisdom but it also reveals, on a vast canvas long assumed to be more or less blank, a vivid collage of scenes and portraits, rich in both concrete details and meaningful abstractions. . . Whether critiquing bohemia from an ideological distance or singing its praises, the dozens of contemporary voices that Levin captures make for a highly textured, engaging account. Bohemia in America is an important and authoritative book with remarkable reach."

"Joanna Levin's exhaustively researched and cogently argued survey, Bohemia in America, examines quite another slice of late-nineteenth-century cultural politics. . . The standout chapters of this book examine the domestication and merchandising of 'bohemia' as a concept and a brand."

"Levin's distinctions among various regional bohemias lends a sound organizational structure to her book, and Harte is but one of an impressive assembly of writers who undergo fresh assessment . . . This well-researched and sharply written study will serve to introduce a novel subject to some readers and provide a solid foundation for subsequent scholars interested in exploring a compelling and colorful chapter in American literature and culture."

"[Bohemia in America] offers a carefully argued and supported thesis, and provides cultural historians and literary scholars with fresh insights into cultural resistance and accommodation."

"Because of Levin's depth of research and polished prose, Bohemia in America offers readers an incredibly rich look at a fertile period in American arts . . . As long as discontented souls seek la vie bohème, Levin's book should stand as a cornerstone of counterculture criticism."

"Joanna Levin's Bohemia in America, 1858-1920 promises to fill a niche in the history of American literature and culture by providing a timely and comprehensive account of 'the textual and geographic spaces in which Bohemia was conjured'."

"The research contained in Bohemia in America is impeccable, indeed, extraordinary. It will make an important contribution to late nineteenth and early twentieth-century US literary studies. The arguments the book offers are smart, and make us look at familiar questions—the relation between bohemian and bourgeois, the consolidation and reticulation of middle-class culture, and many more—in a new and more complex light."

"Readers will find much to admire in this history of Bohemianism in America. Levin's dynamic historical narrative, her impeccable research, and her ever-changing cast of literary and cultural figures make for an engaging and rewarding survey of an often-neglected movement . . . Highly recommended."

"[T]he book treats Bohemia as a cultural identity that draws on even while confounding our current categories: it is ethnic, racial, gendered, local, national, transnational, geographic, utopian, historical, ahistorical—all and none of these. Perhaps the profoundest challenge and intervention that this book produces lies in its ability to confound the taxonomies on which Americanists rely in their engagement with nineteenth century culture. While much scholarship over the past decades has challenged our cultural epistemologies in productive ways, this book shows how messy the historical past is, and thus unsettles our habit of taxonimizing its conflicting strands." 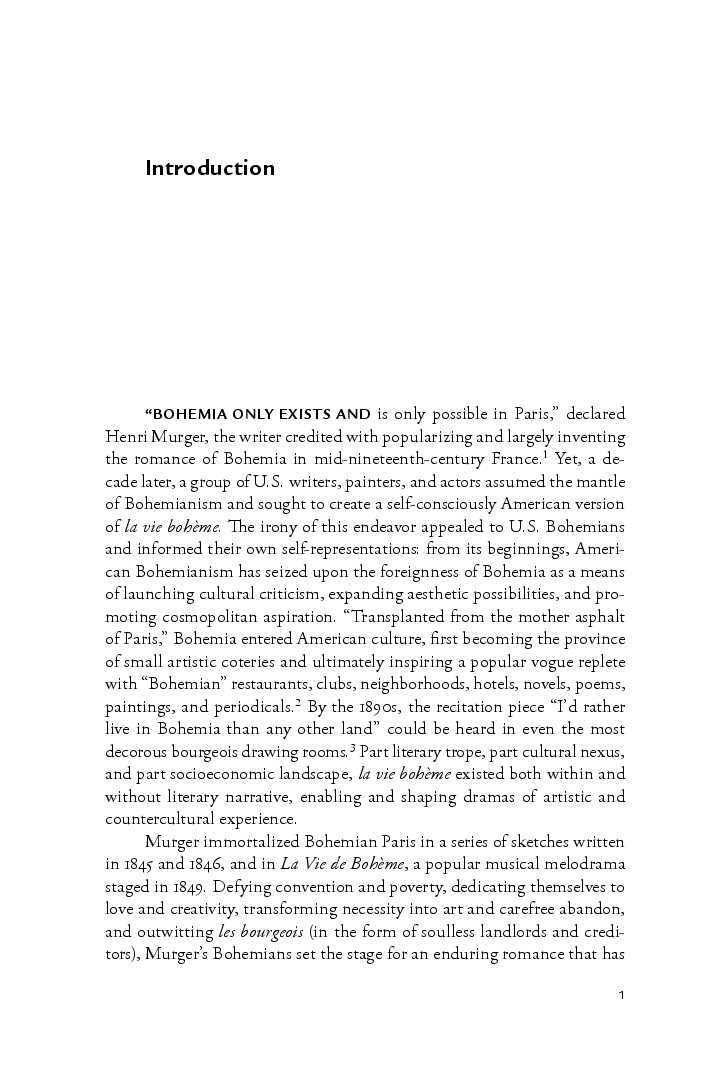 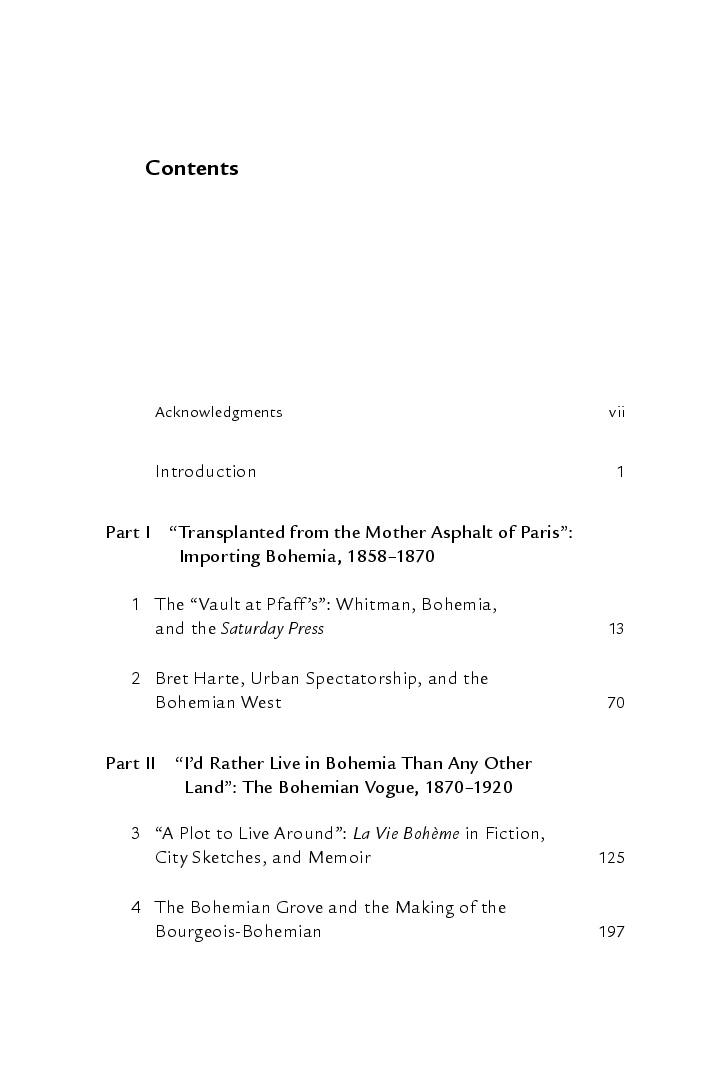