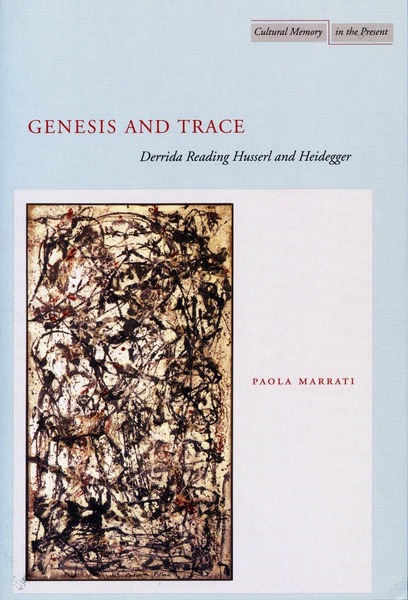 In this study, Paola Marrati approaches—in an extremely insightful, rigorous, and well-argued way—the question of the philosophical sources of Derrida's thought through a consideration of his reading of both Husserl and Heidegger. A central focus of the book is the analysis of the concepts of genesis and trace as they define Derrida's thinking of historicity, time, and subjectivity. Notions such as the contamination of the empirical and the transcendental, dissemination and writing, are explained as key categories establishing a guiding thread that runs through Derrida's early and later works. Whereas in his discussion of Husserl Derrida problematizes the relationship between the ideality of meaning and the singularity of its historical production, in his interpretation of Heidegger he challenges the very idea of the originary finitude of temporality.

Paola Marrati is Professor of Humanities and Philosophy, The Johns Hopkins University. 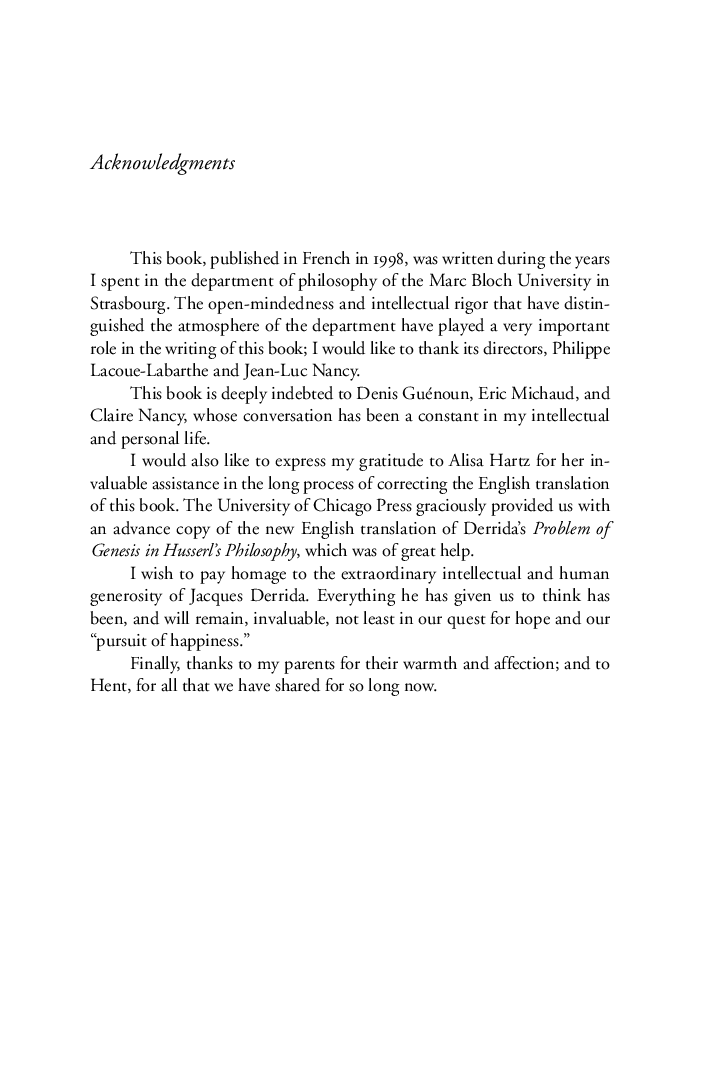 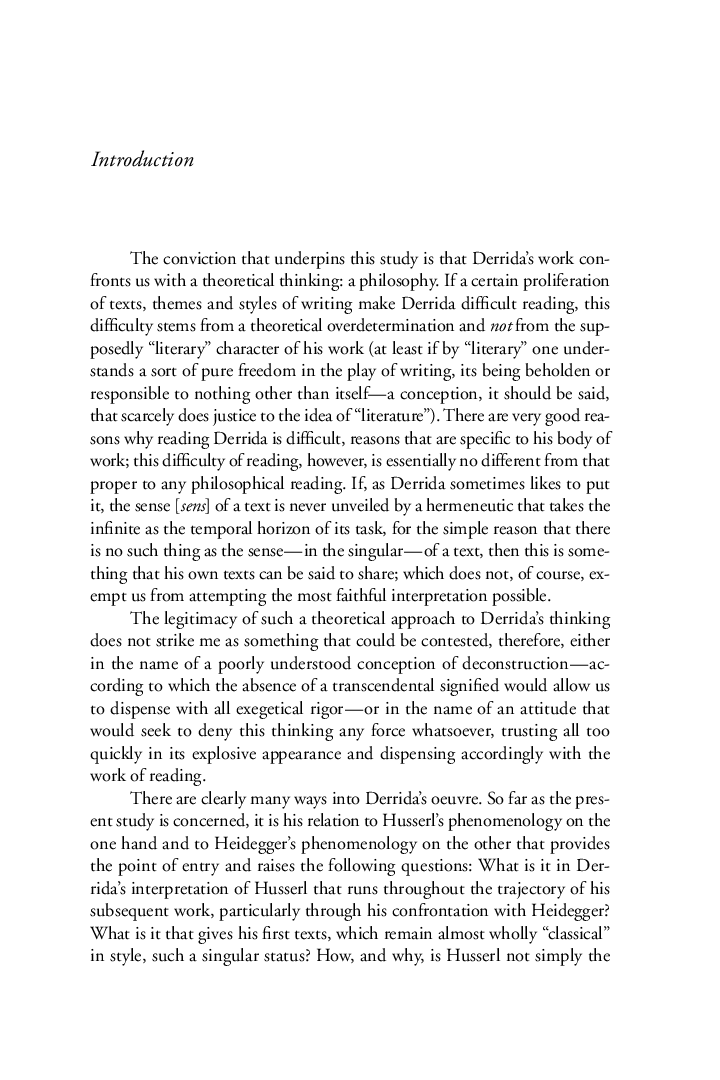 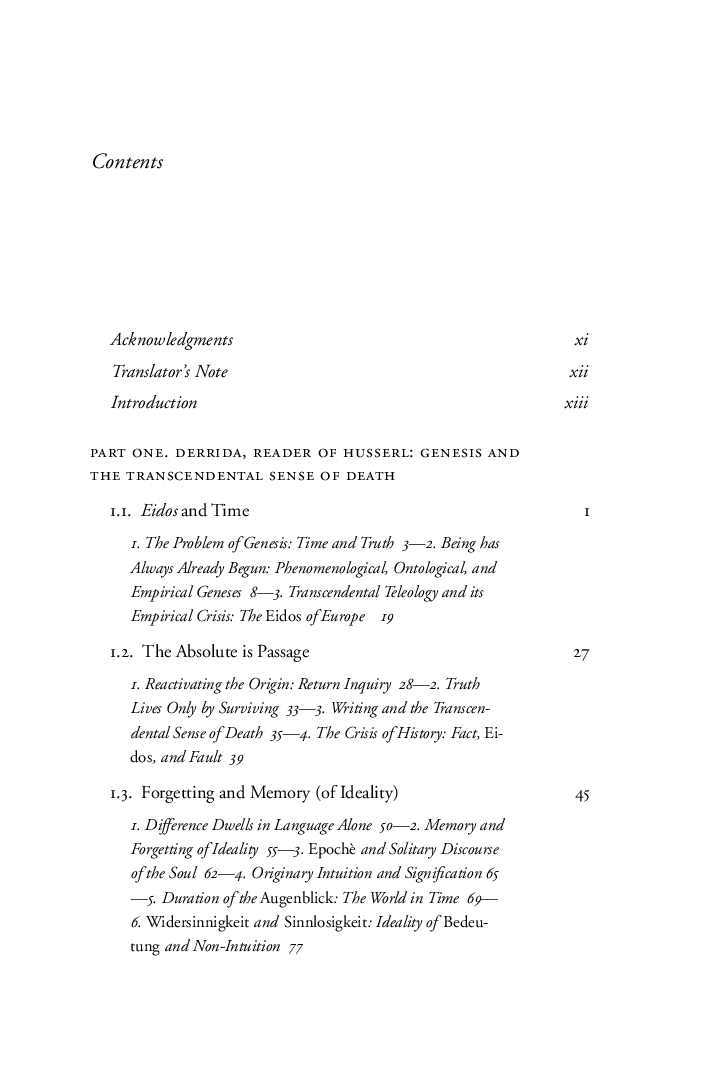