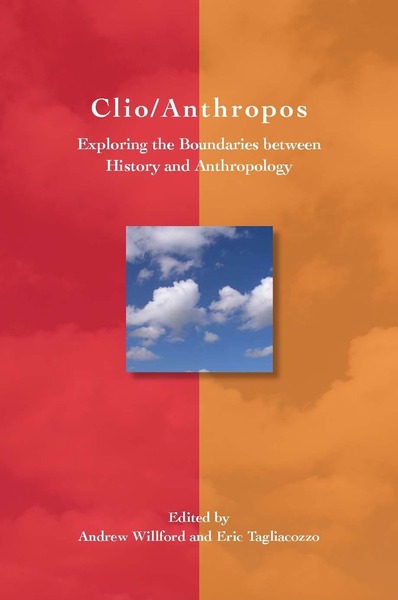 The intersection between history and anthropology is more varied now than it has ever been—a look at the shelves of bookstores and libraries proves this. Historians have increasingly looked to the methodologies of anthropologists to explain inequalities of power, problems of voicelessness, and conceptions of social change from an inside perspective. And ethnologists have increasingly relied on longitudinal visions of their subjects, inquiries framed by the lens of history rather than purely structuralist, culturalist, or functionalist visions of behavior.

The contributors have dealt with the problems and possibilities of the blurring of these boundaries in different and exciting ways. They provide further fodder for a cross-disciplinary experiment that is already well under way, describing peoples and their cultures in a world where boundaries are evermore fluid but where we all are alarmingly attached to the cataloguing and marking of national, ethnic, racial, and religious differences.

Eric Tagliacozzo is Associate Professor of History at Cornell University.

Andrew Willford is Associate Professor of Anthropology and Asian Studies at Cornell University, where he is also Chair of the Anthropology Department.

"The essays in this thoughtfully conceived collection provide a scholarly and sometimes playful account of the affinities and tensions between historians and anthropologists writing in Europe and America over the last forty years, along with a rich set of case studies by some of the best practitioners operating in this disciplinary border space. The resulting volume is an excellent teaching tool for each of these fields, as well as a sparkling reflection on the exciting results that critical historicism about key interdisciplinary negotiations can yield."

"This volume illuminates the possibilities of global interaction and the politics of representation with elegance and depth. Indeed, some of these essays are small masterpieces. Discussions of the relationship between history and anthropology in terms of the problematic of the archive give the book additional force, given the 'archive fever' that grips us all now. It is an exceptionally coherent and interesting collection." 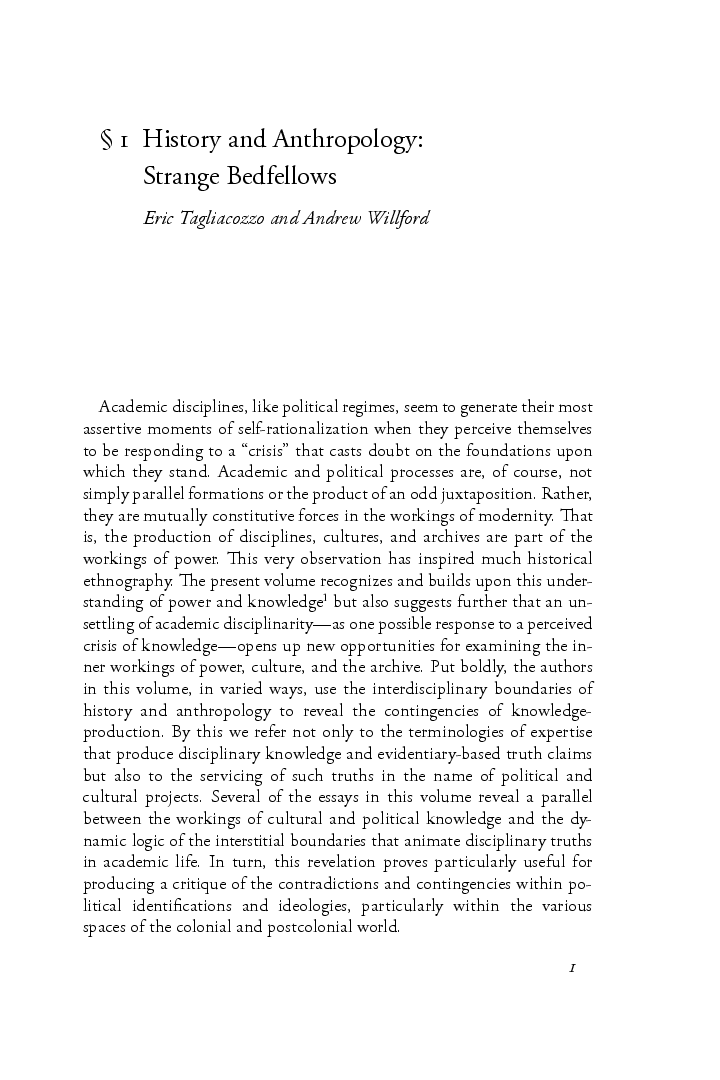 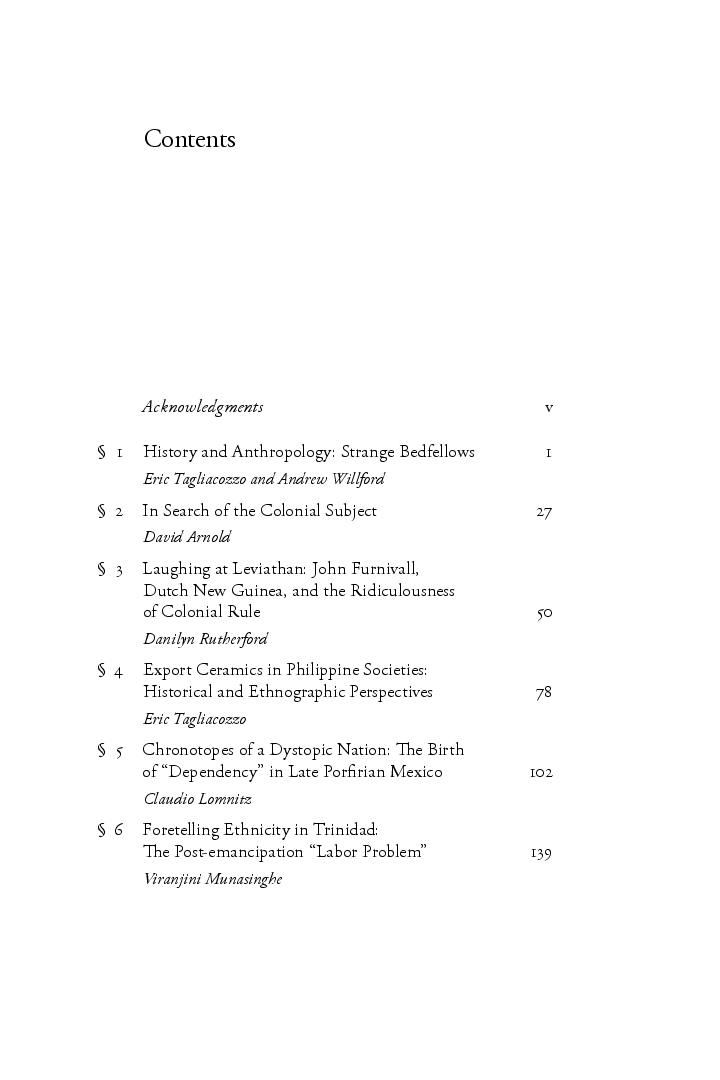 More in Anthropology—Theory and History