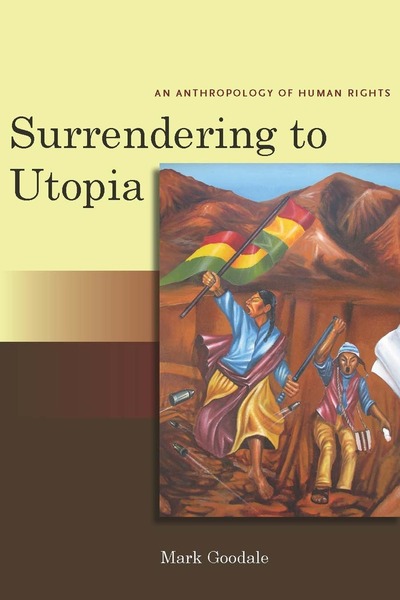 Surrendering to Utopia is a critical and wide-ranging study of anthropology's contributions to human rights. Providing a unique window into the underlying political and intellectual currents that have shaped human rights in the postwar period, this ambitious work opens up new opportunities for research, analysis, and political action. At the book's core, the author describes a "well-tempered human rights"—an orientation to human rights in the twenty-first century that is shaped by a sense of humility, an appreciation for the disorienting fact of multiplicity, and a willingness to make the mundaneness of social practice a source of ethical inspiration.

In examining the curious history of anthropology's engagement with human rights, this book moves from more traditional anthropological topics within the broader human rights community—for example, relativism and the problem of culture—to consider a wider range of theoretical and empirical topics. Among others, it examines the link between anthropology and the emergence of "neoliberal" human rights, explores the claim that anthropology has played an important role in legitimizing these rights, and gauges whether or not this is evidence of anthropology's potential to transform human rights theory and practice more generally.

Mark Goodale is Professor of Cultural and Social Anthropology at the University of Lausanne. He is the author of Dilemmas of Modernity: Bolivian Encounters with Law and Liberalism (Stanford, 2008), editor of Human Rights: An Anthropological Reader (2009), and coeditor of The Practice of Human Rights: Tracking Law Between the Global and the Local (2007).

"Surrendering to Utopia offers a direct reflection on how anthropology only recently came to terms with human rights and their universalistic claims while the book simultaneously outlines the field's numerous theoretical and methodological challenges. Its message is that anthropology can and should have important roles in how human rights are developed and struggles over culture framed."

"Beginning with an excellent opening chapter in which the author clarifies the misunderstood history of the relationship between anthropologists and human rights, the collection goes on to explore topics such as relativism, culture, and the anthropology 'from inside out' of what Goodale call 'transnational human rights networks . . . Highly recommended."

Surrendering to Utopia makes an unprecedented contribution in both human rights and anthropological studies. Goodale's overview, which synthesizes a large body of literature and identifies the big issues in the field, will help others to re-envision a human rights system that is sensitive to difference. This is a provocative book, and Goodale writes clearly and directly even when dealing with complex issues in this interdisciplinary area."

"This fluid and compelling book draws on a broad intellectual tradition to highlight how the relationship between anthropology and human rights developed and what it could and should become in the future. An engaging and thought-provoking read!"

"At a time of contrasting narratives about human rights, from irresponsible triumphalism to cynical pessimism, here is a book that masterfully guides us into the complexities of contextualized practices of human rights across cultures and national boundaries. It does this by powerfully engaging anthropology, a discipline that has been marginalized by human rights' conventional scholarship to the latter's greater loss. Thanks to Goodale's very persuasive argument the record is finally being set right."

"This is a sophisticated, brave, and ultimately successful attempt to bridge the gap between anthropology and normative theory. By taking on the intricate relationship between anthropology and human rights, Goodale shows clearly why anthropology should matter, not only academically, but also in the wider world of policy and politics. It is a timely book which moves beyond the relativism–universalism dichotomy and thereby demonstrates what anthropological theory in the 21st century ought to look like." 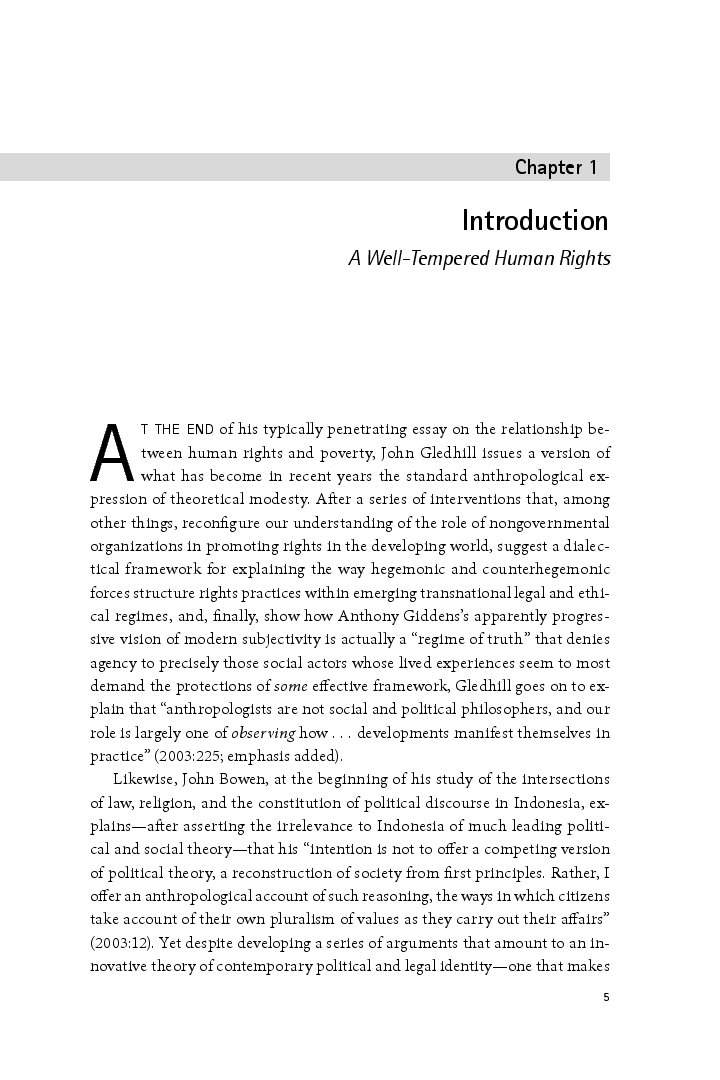 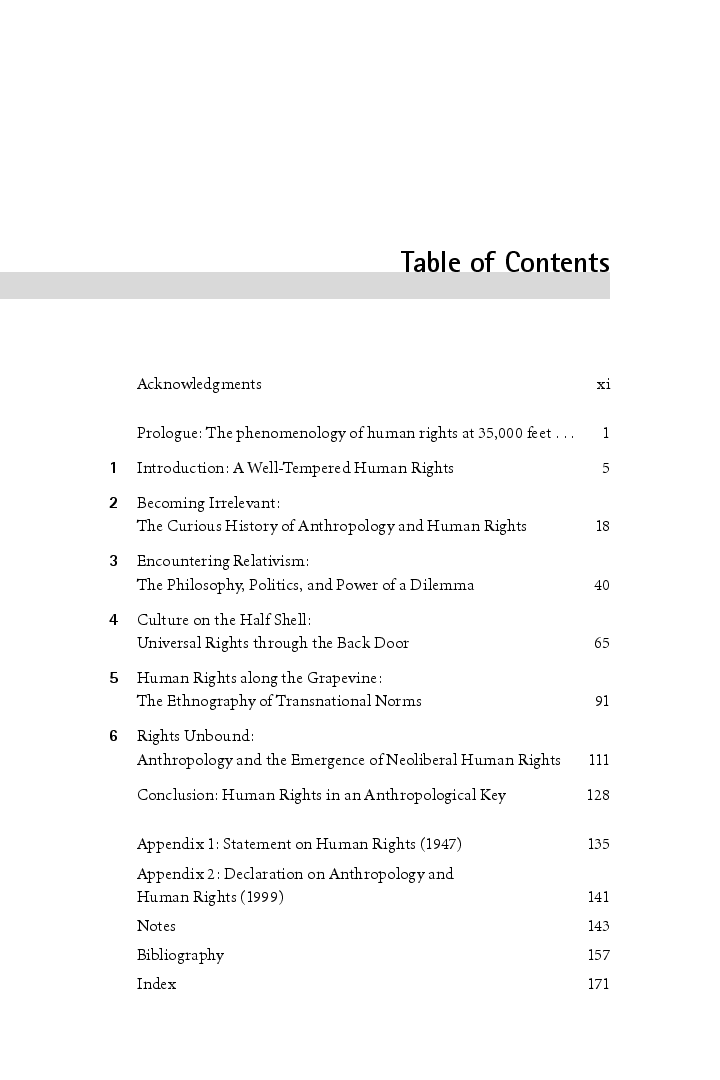