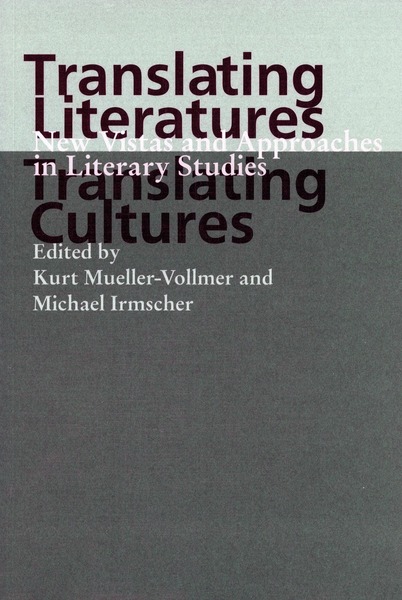 The rapid, recent, and international growth of interest in problems of translation has scarcely registered in literature departments in the United States. Here translation is still largely seen as a didactic exercise, and translation studies is regarded as groping toward rules about how to carry an utterance from one language into another. In Europe and Israel, however, university centers have been established to further the “science of translation” and the training of professional translators, resulting in an outpouring of practical and theoretical literature on the domain of translation. This volume has a dual purpose: to acquaint American readers and academic communities with some of the most important trends in European and Israeli translation studies, and to bring together this work with that of American scholars who have begun to participate in this field.

Four of the eleven essays in this volume are by participants in the Center for Literary Translation Studies at the University of Göttingen, which has conducted research into Anglo-German cultural and literary transfer over the last three centuries. These essays summarize the Göttingen approach, propose a typology of translated literature, discuss translations for the theater, and examine the relation between translation and literary history. Three other essays deal with aspects of the interaction between German and American culture: the role of translations from German literature in the formation of New England Transcendentalism, the entrance of German Idealism into the American philosophical tradition, and the problems of creating a newly translated American edition of Nietzsche’s complete works.

Other essays discuss the effects of metaphor and poetic language on our understanding of language and the process of translation; the translations by the German poet Paul Celan of Russian, English, American, and French poets; the effects of translation studies on interpretation in the arts and the humanities; and the complex procedures that trace a translation of a poem to its multimedia stage adaptation.

Kurt Mueller-Vollmer is Professor Emeritus of German at Stanford University. Michael Irmscher is a doctoral candidate in the Stanford German Studies Department.