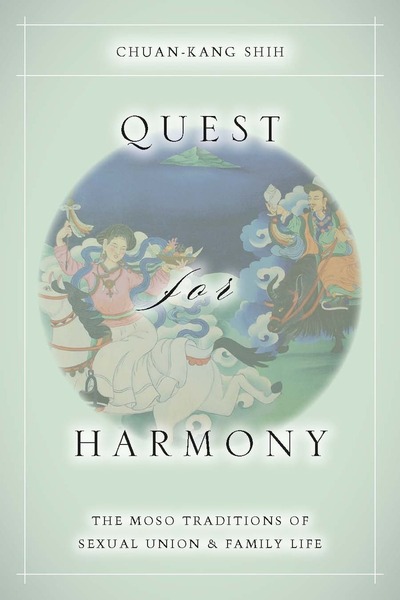 In this long-awaited ethnography, Chuan-kang Shih details the traditional social and cultural conditions of the Moso, a matrilineal group living on the border of Yunnan and Sichuan Provinces in southwest China. Among the Moso, a majority of the adult population practice a visiting system called tisese instead of marriage as the normal sexual and reproductive institution. Until recently, tisese was noncontractual, nonobligatory, and nonexclusive. Partners lived and worked in separate households. The only prerequisite for a tisese relationship was a mutual agreement between the man and the woman to allow sexual access to each other. In a comprehensive account, Quest for Harmony explores this unique practice specifically, and offers thorough documentation, fine-grained analysis, and an engaging discussion of the people, history, and structure of Moso society. Drawing on the author's extensive fieldwork, conducted from 1987 to 2006, this is the first ethnography of the Moso written in English.

Chuan-kang Shih teaches Anthropology and Asian Studies at the University of Florida.

"This is a remarkably ethnography of a remarkable people . . . Shih's aim was to write a 'comprehensive, thoroughly researched, meticulously recorded, and carefully analyzed ethnography', and he has certainly achieved this . . . The picture that Shih draws of Moso matrilineality stands out for its clarity . . . Shih's chapter on kinship terminology is more detailed, clear, and comprehensive that anything published so far on this theme."

"In Quest for Harmony Shih painstakingly uses historical records, earlier untranslated work of Chinese ethnographers, and his own fieldwork, ongoing since 1987, to argue that the highest Moso goal was household harmony . . . Quest for Harmony, the definitive Moso ethnography, is essential for scholars seriously interested in comparative family systems and women's rights."

"The scholarship in this work is superb. Shih has an excellent command of the relevant Chinese and foreign language sources on the Moso which, combined with his exhaustive fieldwork over two decades, makes this the most stimulating and complete treatment of Moso social organization in any language. From the mountains of southwest China, it raises questions about the nature and universality of marriage, sex and gender that will challenge anthropologists, sociologists, geographers, and students of gender studies for years to come."

"Quest for Harmony is a painstaking investigation of a system of sexual union that Clifford Geertz called "a hippie dream or Falwell's nightmare." Shih's careful account of pre-1956 Moso society and his detailed comparison of variations on the Moso visiting system set his book apart from all other ethnographies of Moso kinship. This book should help us finally decide if Moso have invented a unique arrangement that will upend our ideas about kinship." 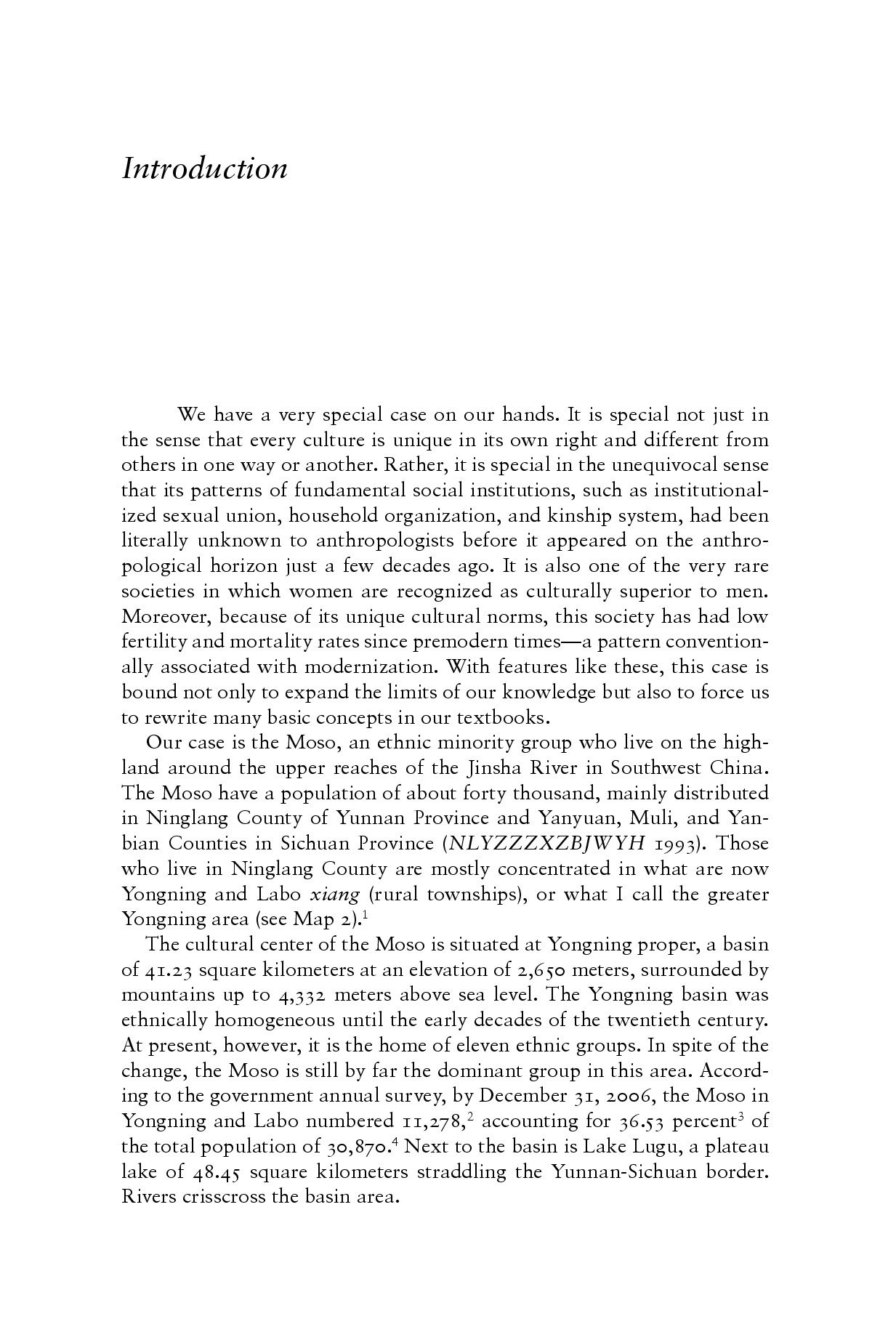 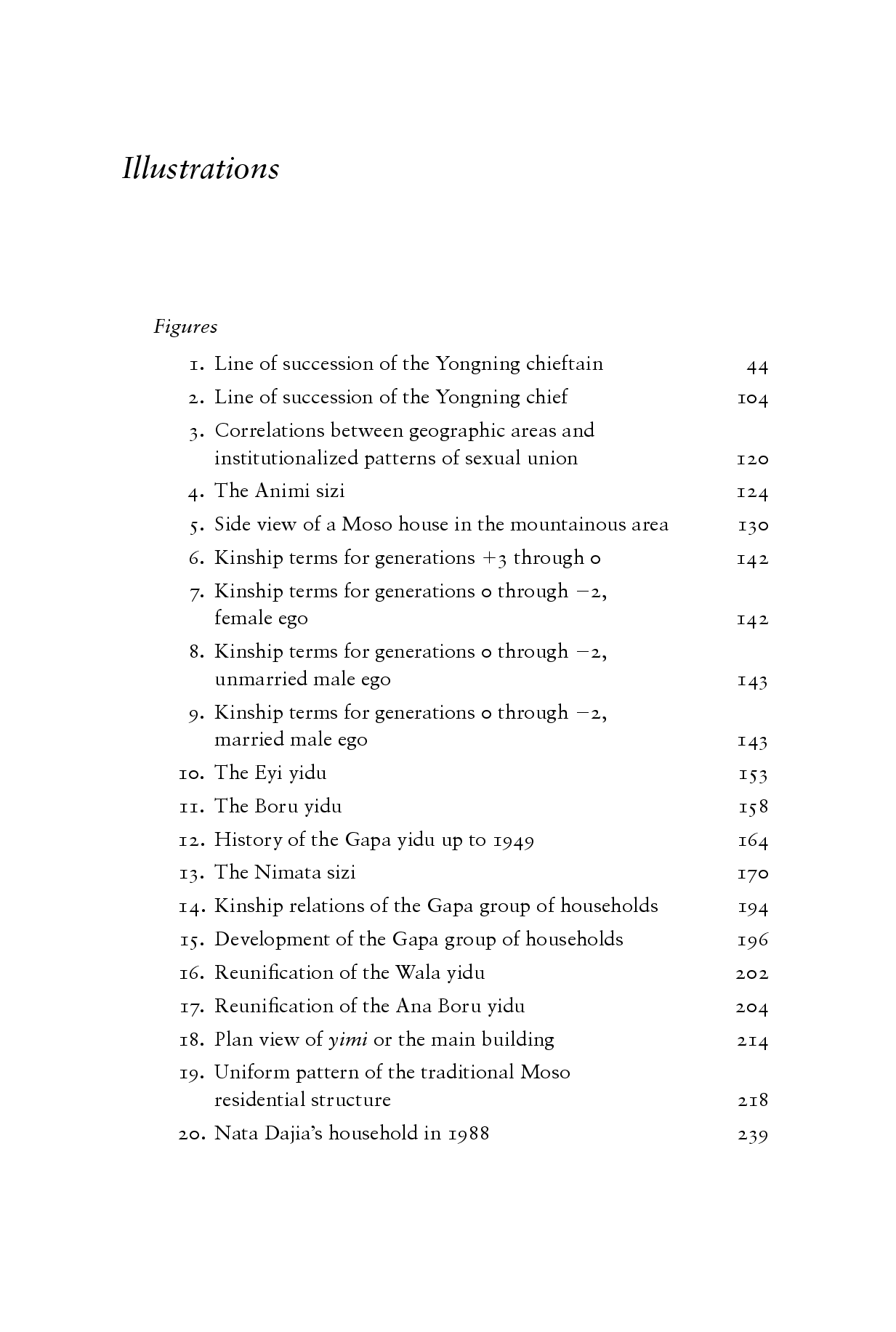 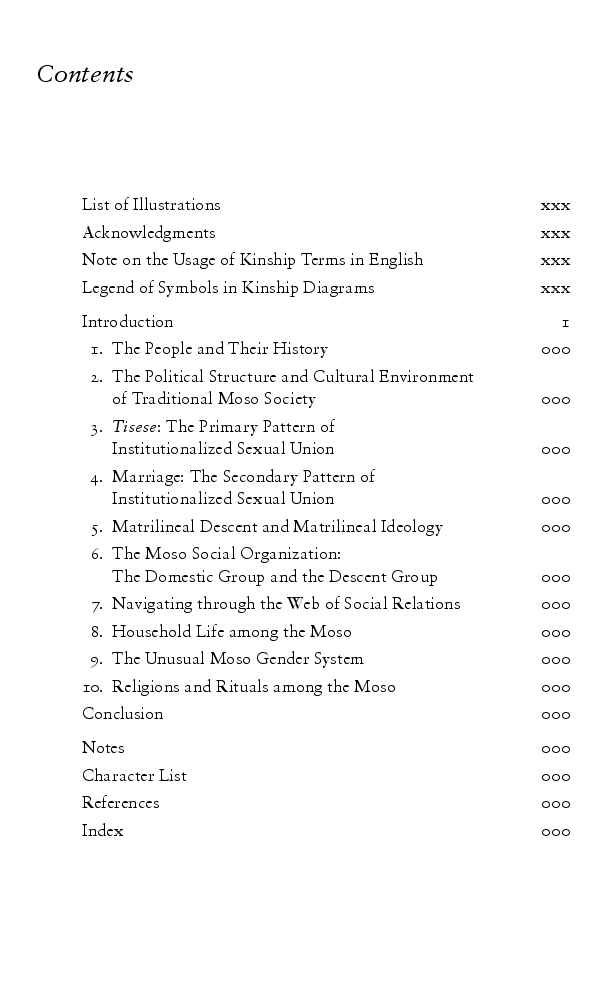