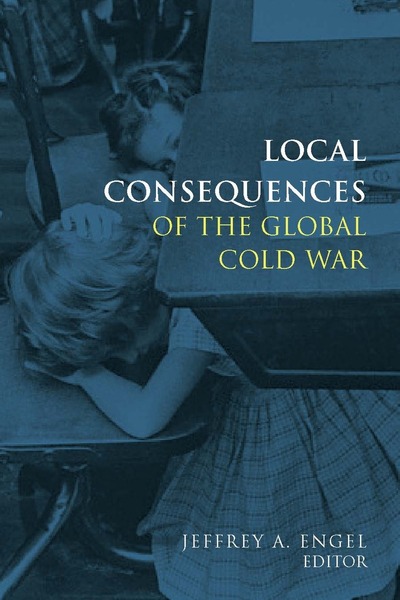 Up to now the study of cold war history has been fully engaged in stressing the international character and broad themes of the story. This volume turns such diplomatic history upside down by studying how actions of international relations affected local popular life.

Each chapter has its origins in a major international issue, and then unfolds the consequences of that issue for some region or city. Thus the starting points for the various contributions are great unifying questions regarding postwar occupation, militarization, industrialization, and decolonization. But the ending points are small and dispersed, such as movies in Japan, race relations in the American South, forests in East Germany, and industry in Novosibirsk. Collectively, these stories show how the cold war affected every facet of life—East and West, urban and rural, in developed and developing nations, in the superpowers and on the periphery of the international system.

Jeffrey A. Engel is Assistant Professor at Texas A&M University's Bush School of Government and Public Service and Associate Director of the Scowcroft Institute for International Affairs.

"All in all, this collection of essays represents an important contribution to a fuller understanding of the Cold War. To make the connection between the decisions of those in power and the ordinary people the decisions affect is a worthy and valuable direction for the future of diplomatic history."

"This will be a welcome addition to the new cold war history, both as a contribution to internationalizing that conflict and also because of the bottom-up, social history approach that provides the basic framework for the chapters."

"Presents both new and little-known material and presents a fresh, compelling way to look at the Cold War. This collection of essays will contribute significantly to our understanding of the Cold War, and of diplomatic and international history in general."

"[I]lluminating in its description of the mechanisms and contradictions of Cold War alliances between international powers and local actors."