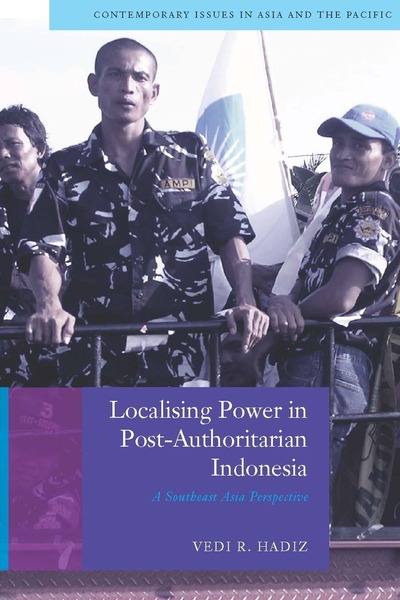 This book is about how the design of institutional change results in unintended consequences. Many post-authoritarian societies have adopted decentralization—effectively localizing power—as part and parcel of democratization, but also in their efforts to entrench "good governance." Vedi Hadiz shifts the attention to the accompanying tensions and contradictions that define the terms under which the localization of power actually takes place. In the process, he develops a compelling analysis that ties social and institutional change to the outcomes of social conflict in local arenas of power.

Using the case of Indonesia, and comparing it with Thailand and the Philippines, Hadiz seeks to understand the seeming puzzle of how local predatory systems of power remain resilient in the face of international and domestic pressures. Forcefully persuasive and characteristically passionate, Hadiz challenges readers while arguing convincingly that local power and politics still matter greatly in our globalized world.

Vedi R. Hadiz is Associate Professor of Sociology at the National University of Singapore. Most recently, he is the editor of Empire and Neoliberalism in Asia (2006).

"Vedi Hadiz's uncompromising expose of decentralization and democracy in post-authoritarian Indonesia has already become something of a classic. With its grim litany of 'predatory interests', 'money politics', 'political thuggery', and 'illiberal democracy', Localising Power has inspired many other accounts of the Reformasi period and provided an important part of their analytical vocabulary"

"In a field dominated by deductivism, Vedi Hadiz writes from the ground up, drawing upon cases that involve struggles over institutional reform, decentralization, and local politics in North Sumatra and East Java. Few observers exhibit so intimate a knowledge of these."

Hadiz's work "has a theoretically generality that strengthens its appeal to wider audiences. Through the lens of a political economy framework, Hadiz links national and local political change in the wider global context. The work is both original in its ideas and rigorous in its empirical research and offers a trenchant view of the sources of Indonesia's political woes."

"This book is, to my knowledge, the best work in English on the exceedingly complex and multi-layered internal dynamics between decentralization, democratization, globalization, and the rivalries among national and local political players in Indonesia. It is thoroughly researched, highly topical, and judicious in its analysis . . . Localizing Power is a first-rate work and compulsory reading for anyone who wishes to comprehend the intricacies and complexities of Indonesia's continuing pursuit to build a mature democracy."

"In its exposure of corrupt patterns and patronage-driven politics, Hadiz's work is brilliant and so far unrivaled. His evaluation of Indonesian local politics constitutes a crucial counterbalance and corrective to congratulatory descriptions of the country as a role model for newly democratizing states such as Tunisia or Egypt."

"Critical scholarship at its best, this book is a powerful corrective to those who see decentralization as a one-size-fits-all solution to bad governance. Hadiz convincingly argues that Indonesia's decentralization prompted not the positive outcomes its advocates predicted, but a scramble for local power by corrupt politicians, gangsters and other predators."

"This is an important synthetic statement on the underlying dynamics of local politics following the end of the New Order in 1998. Arguing against managerialists who expected decentralization and democratization to lead to greater market openness, Hadiz portrays a messy contestation among social forces at different levels of the polity."

"This is a path-breaking book—theoretically-informed, carefully researched, and strongly comparative. It shows Hadiz's remarkable efforts to draw on literatures that span Southeast Asia and beyond. Sure to be widely read, it will stimulate debate and become a standard source for years to come." 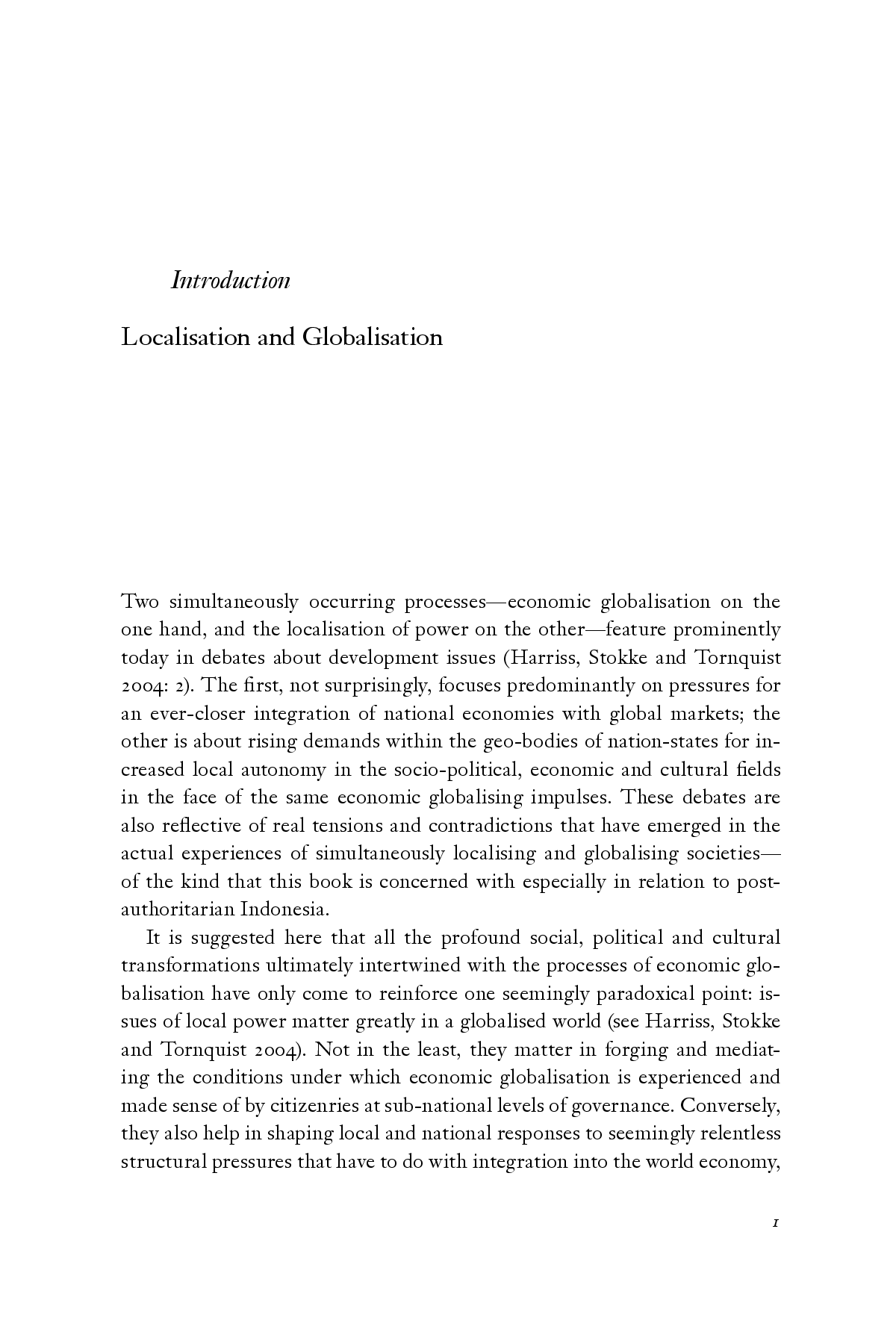 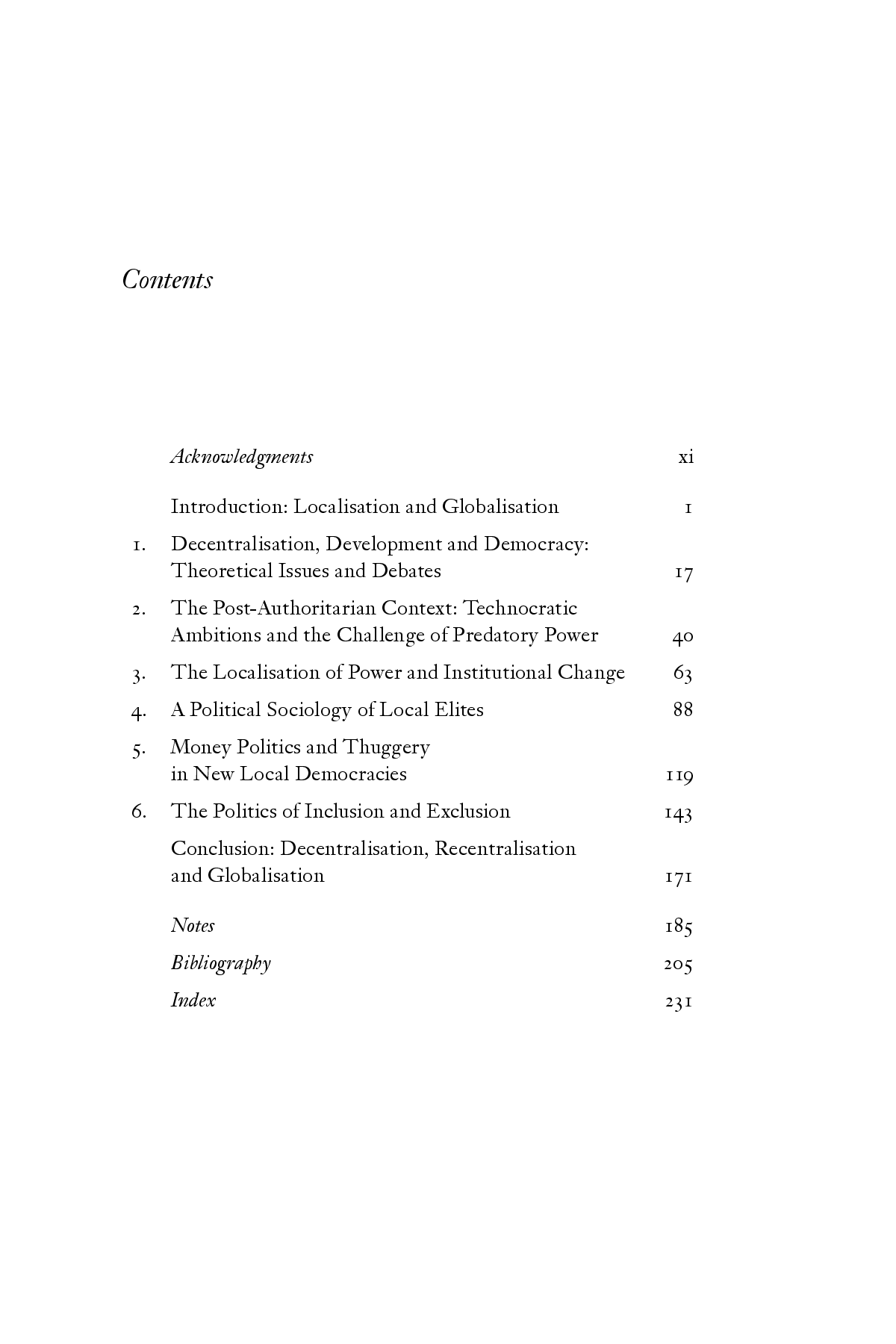