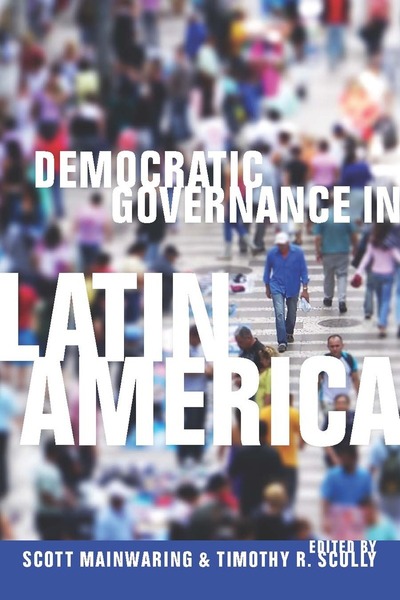 Producing more effective governance is the greatest challenge that faces most Latin American democracies today—a challenge that involves not only strengthening democratic institutions but also increasing governmental effectiveness. Focusing on the post-1990 period, this volume addresses why some policies and some countries have been more successful than others in meeting this dual challenge.

Two features of the volume stand out. First, whereas some analysts tend to generalize for Latin America as a whole, this group of authors underscores the striking differences of achievement among countries in the region and illustrates the importance of understanding these differences. The second feature is the range of expertise within the volume.

"Mainwaring and Scully have assembled an exceptionally distinguished set of scholars, and their contributions do not disappoint. The essays in this volume are original, learned, and lively studies of economic, political, and social achievements in Latin America. They both advance the understanding of human development in the region and provide analyses and conclusions of considerable practical importance and policy relevance."

"Democratic Governance in Latin America is a great book on an important topic. It helps fill a substantial gap in the scholarly literature: it examines what democracies actually do, rather than what—according to some observers—they should do, and it seeks to advance toward measurement based on actual, observable policy outcomes." 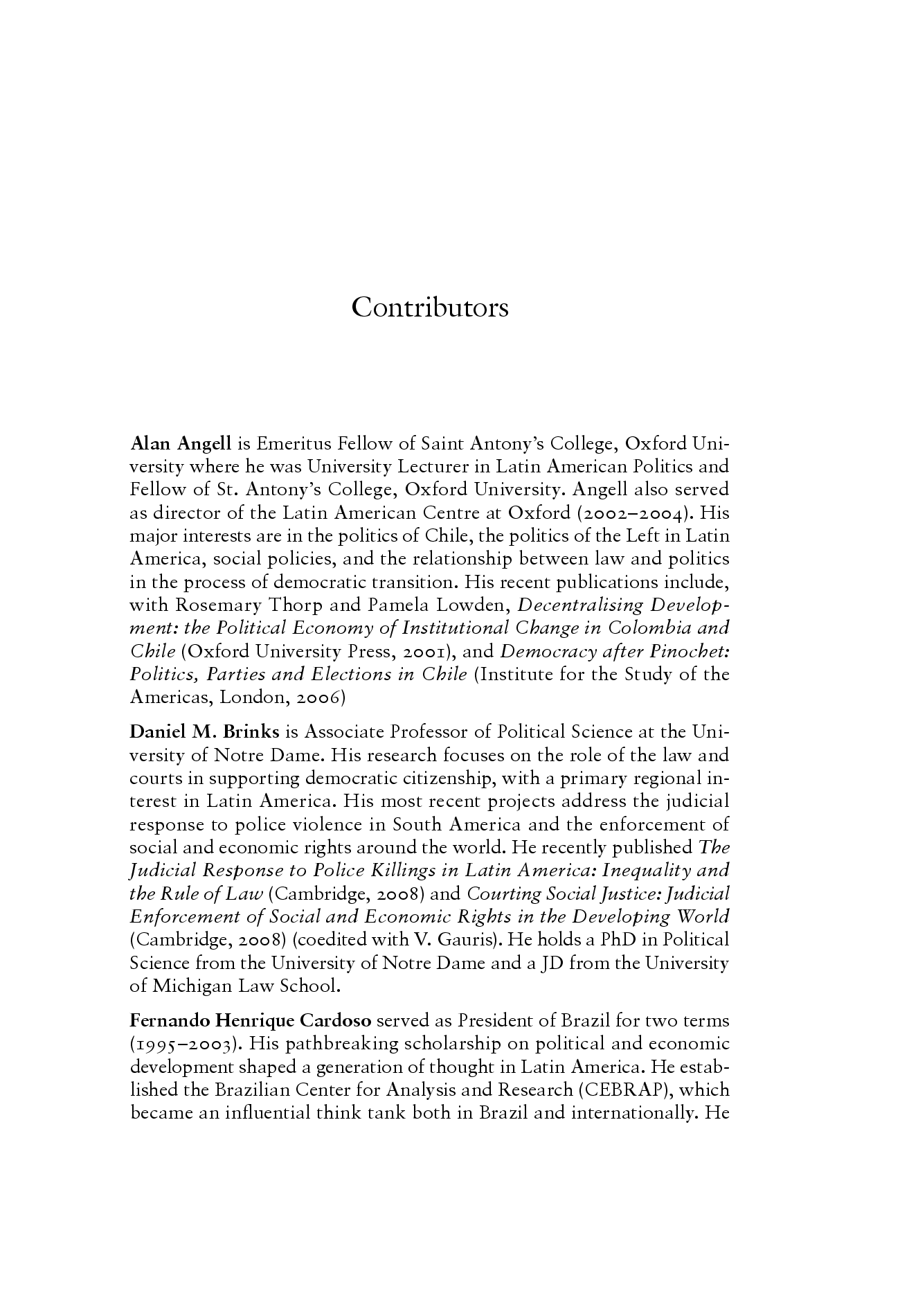 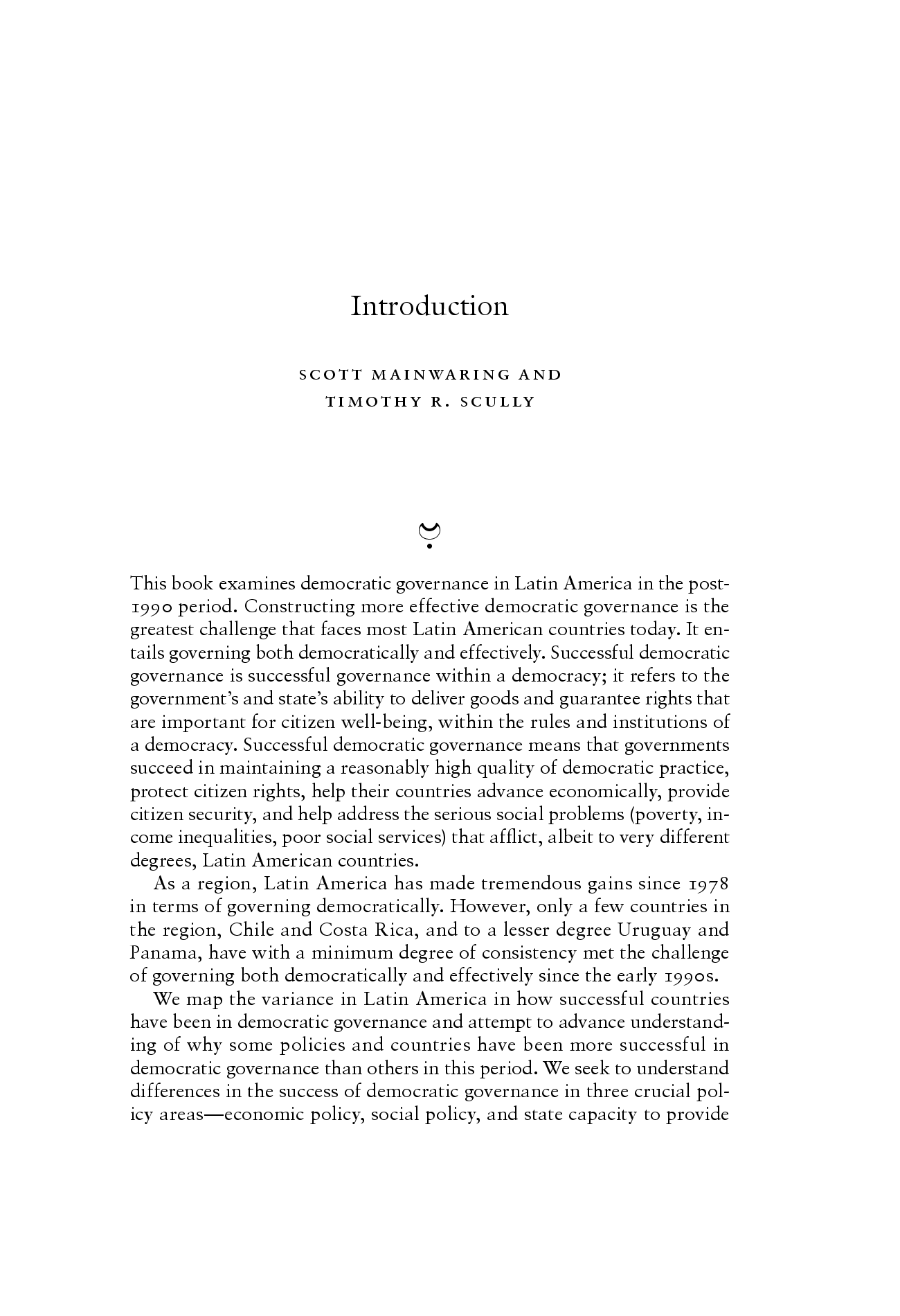 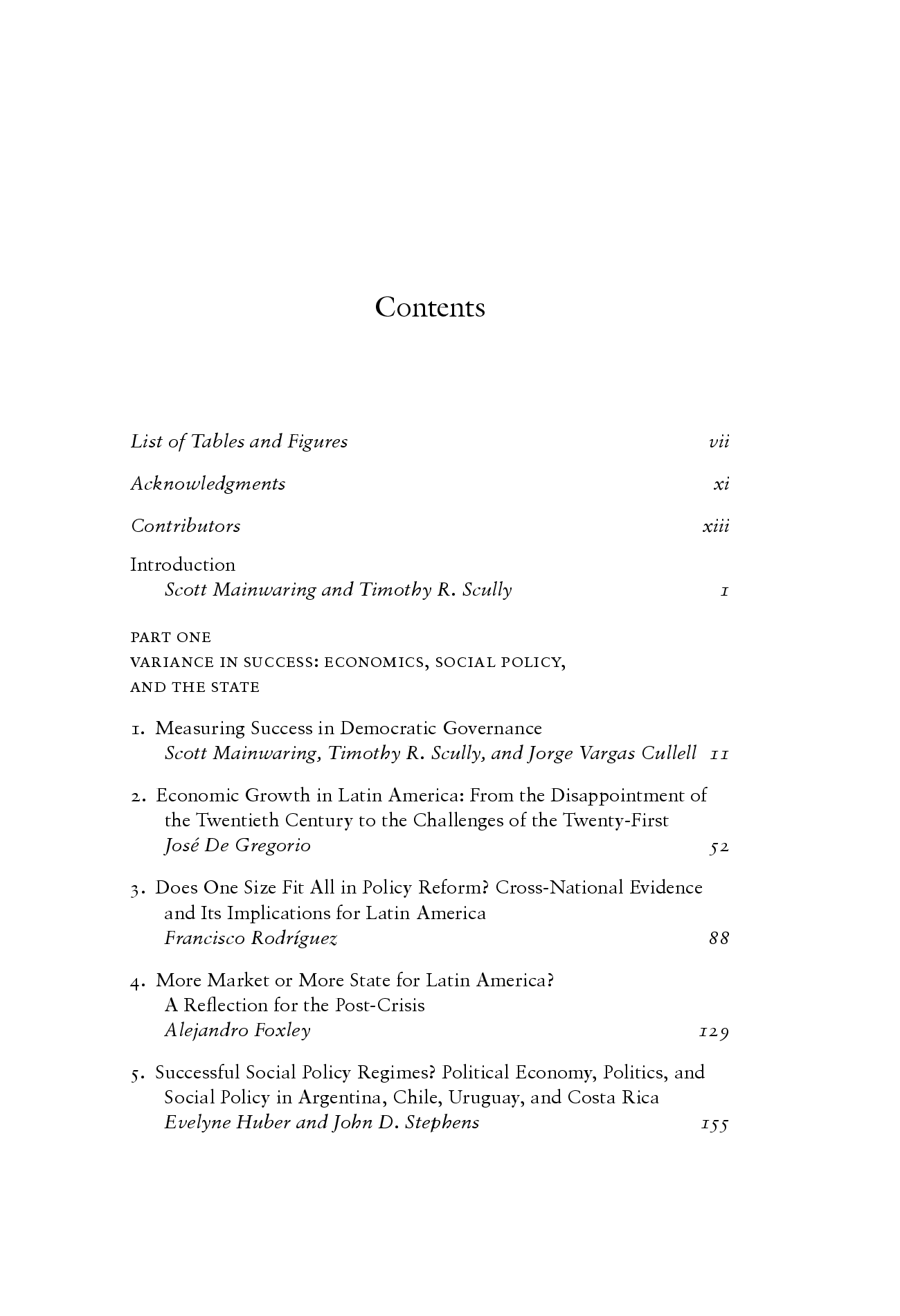 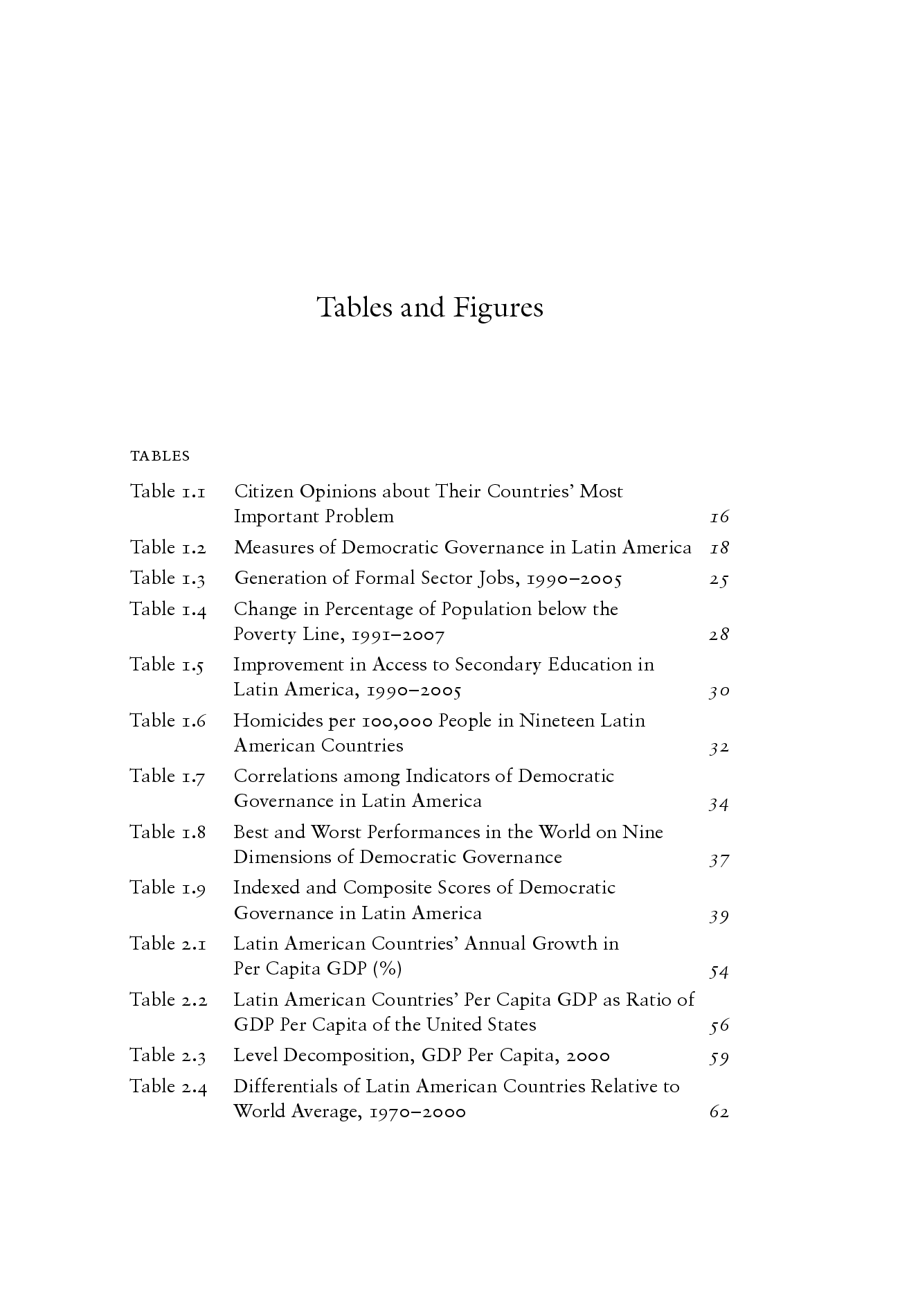