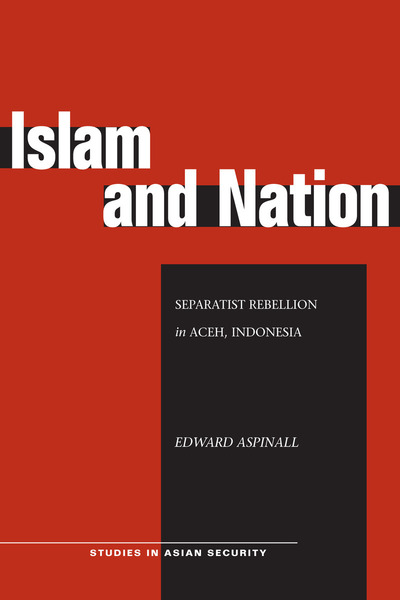 Co-winner of the the 2010 ASAA Mid-career Researcher Prize for Excellence in Asian Studies 2010, sponsored by the Asian Studies Association of Australia.

Rooted in the latest theoretical debates about nationalism and ethnicity, yet written in an accessible and engaging style, Islam and Nation presents a fascinating study of the genesis, growth and decline of a nationalist movement.

Drawing on hundreds of interviews with nationalist leaders, activists and guerillas, Aspinall reveals how the Free Aceh Movement went from being a quixotic fantasy to a guerilla army in the space of a generation, leading to a bitter conflict in which thousands perished. And by exploring the complex relationship between Islam and nationalism, Aspinall also explains how a society famed for its Islamic piety gave rise to a guerilla movement that ended up rejecting the Islamic goals of its forebears.

Islam and Nation is a tour de force in the study of nationalist politics. It will be of great interest to readers concerned about Southeast Asia, Islamic politics, ethnic conflict and nationalism everywhere.

Edward Aspinall is a researcher in the Department of Political and Social Change, Research School of Pacific and Asian Studies, Australian National University. He is the author of Oppasing Suharta Compromise, Resistance and Regime Charge in Indonesia (Stanford, 2005).

"Islam and Nation provides a detailed account of the struggle and conflict in Aceh that draws from the views and perspectives of a wide spectrum of actors who have been involved, including political leaders, rebels and non-governmental organizations. Together with a masterly command of the existing literature, this wide array of sources allows Aspinall successfully to piece together narratives behind the conflict in Aceh 'from the perspective of the participants' . . . Written with elegant style, Islam and Nation makes a significant contribution to our understanding of why the separatist struggle in Aceh lasted as long as it did, and how it eventually managed to find the resolution that it did. Aspinall's book is scholarship of the highest order, and is likely to remain the reference point for subsequent reflections on the conflict in Aceh for years to come."

"An outstanding pioneer work, Islam and Nation will surely stand as an invitation to scholars both in Aceh and beyond to examine the conflict from other perspectives."

"This book tells the story of Aceh's armed nationalist movement with unprecedented authority, thoroughness and clarity. It will be the standard account of the Aceh rebellion for a long time to come."

—Anthony Reid, National University of Singapore, author of Southeast Asia in the Age of Commerce, 1450–1680 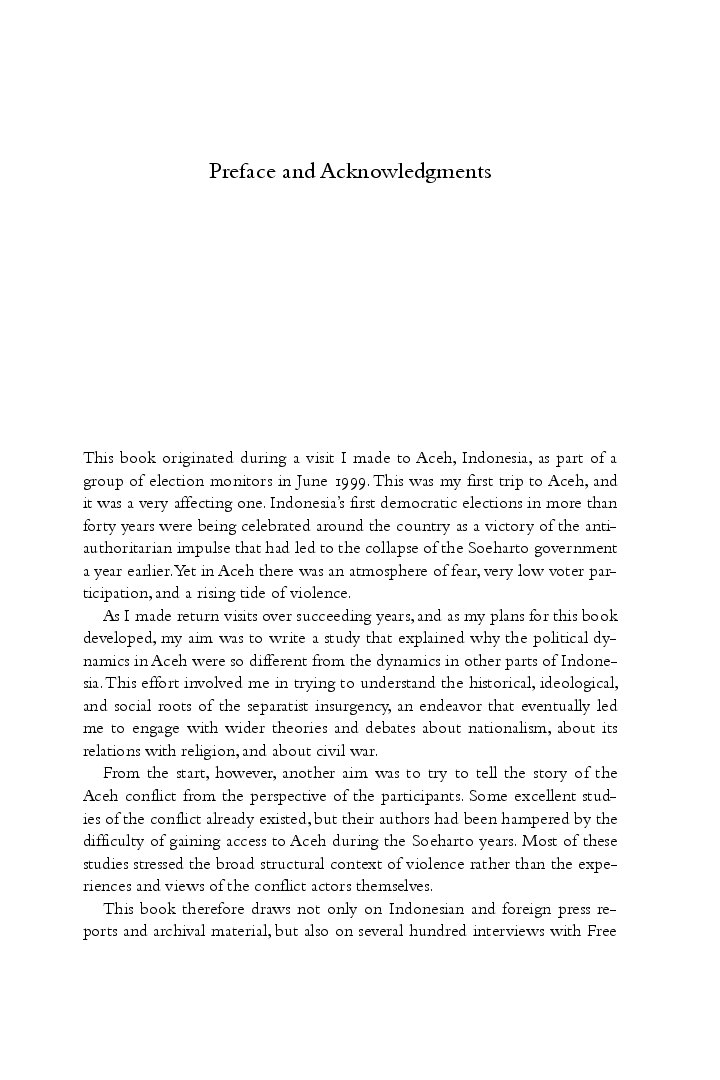 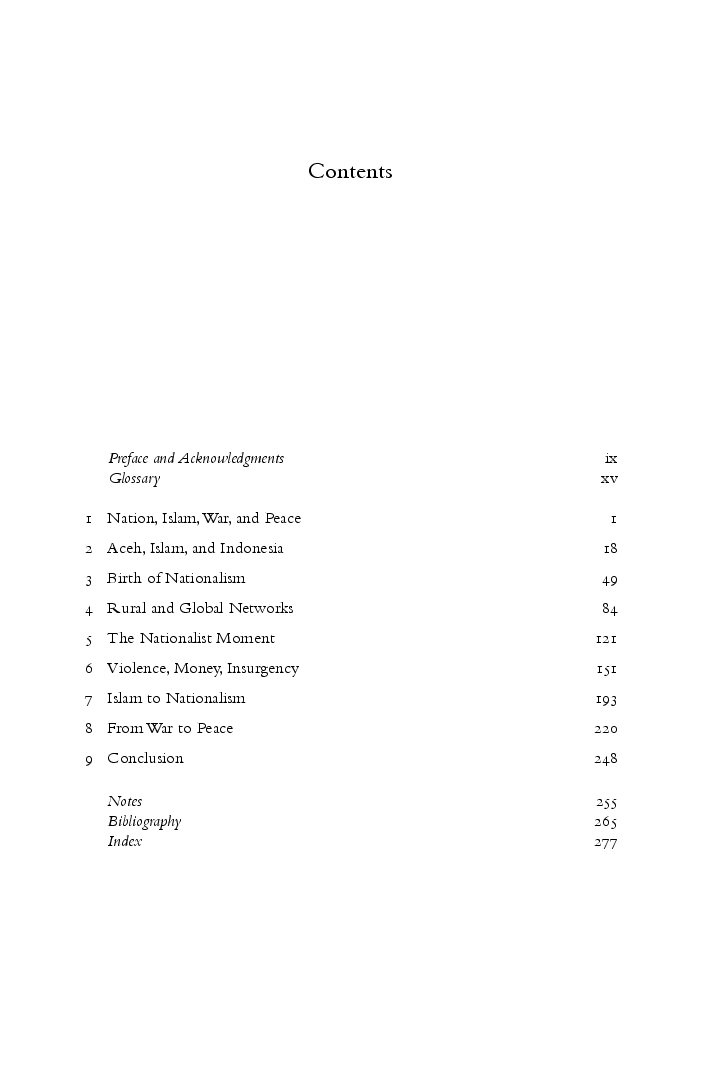