In the first two volumes of Technics and Time, Bernard Stiegler worked carefully through Heidegger's and Husserl's relationship to technics and technology. Here, in volume three, he turns his attention to the prolematic relationship to technics he finds in Kant's Critique of Pure Reason, particularly in the two versions of the Transcendental Deduction. Stiegler relates this problematic to the "cinematic nature" of time, which precedes cinema itself but reaches an apotheosis in it as the exteriorization process of schema, through tertiary retentions and their mechanisms. The book focuses on the relationship between these themes and the "culture industry"— as defined by Adorno and Horkheimer—that has supplanted the educational institutions on which genuine cultural participation depends. This displacement, Stiegler says, has produced a malaise from which current global culture suffers. The result is potentially catastrophic.

Bernard Stiegler heads the Department of Cultural Development at the Pompidou Center in Paris and is co-founder of the political group Ars Industrialis. Stanford University Press has published the first two volumes of Technics and Time, The Fault of Epimetheus (1998) and Disorientation (2008), as well as his Acting Out (2008) and Taking Care of Youth and the Generations (2010). 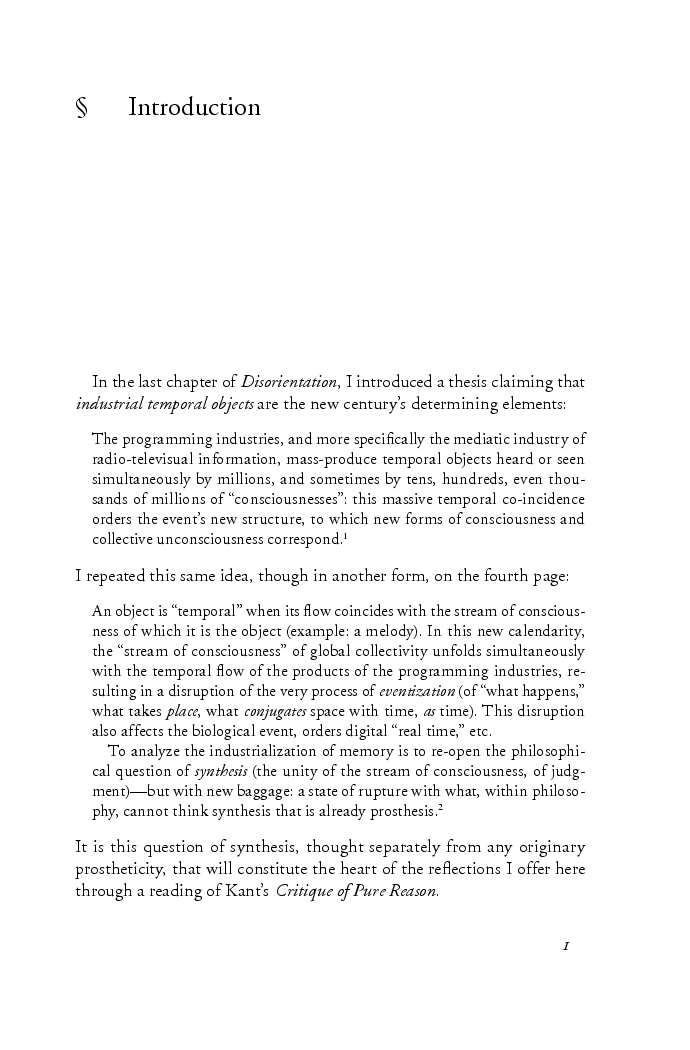 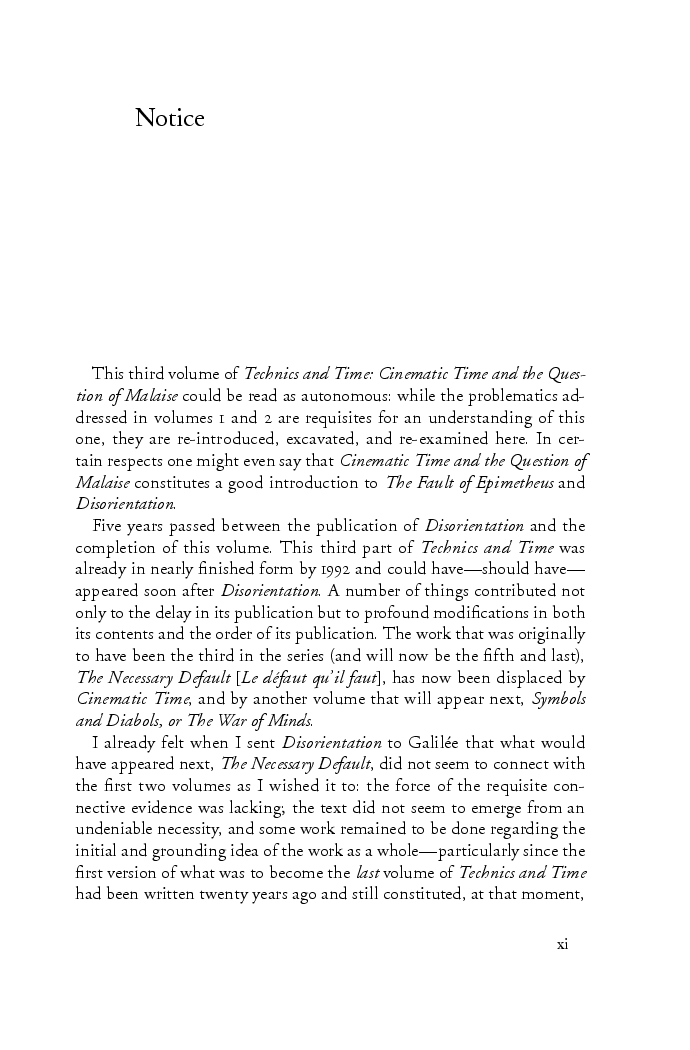 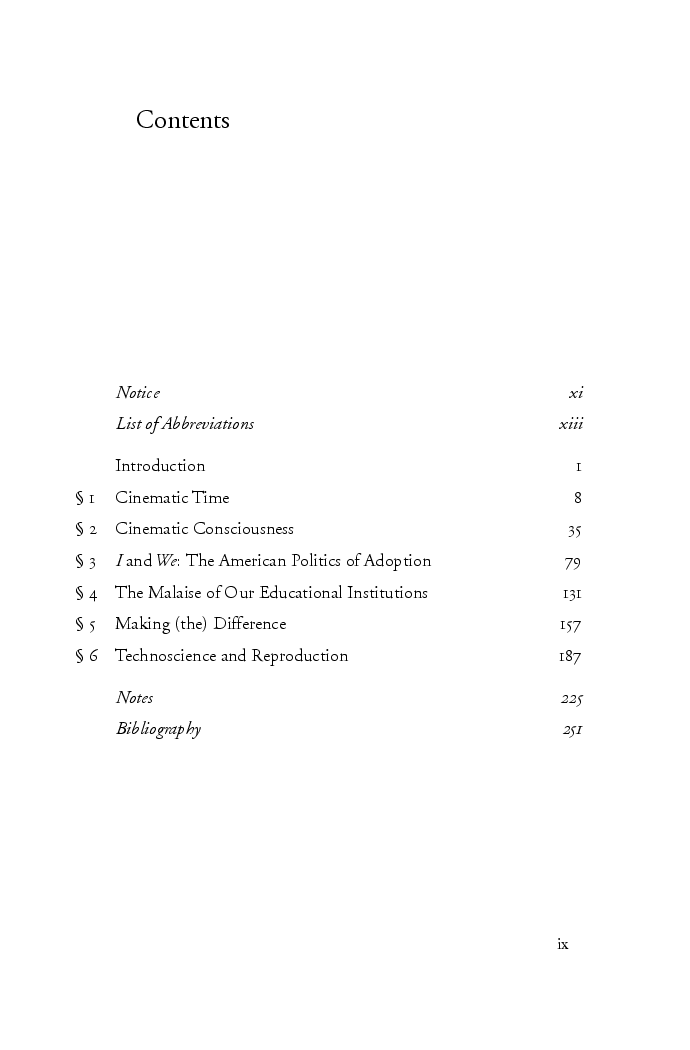