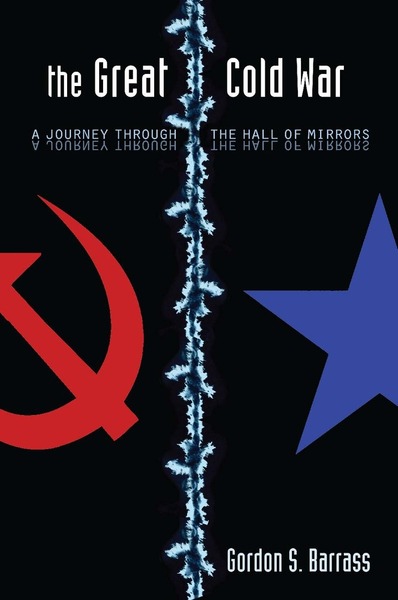 The Great Cold War
A Journey Through the Hall of Mirrors
Gordon S. Barrass

The Great Cold War is arguably the most fascinating account yet written about the Cold War—and a timely enunciation of the lessons we need to learn from the Cold War years if we are to be successful in tackling the potential confrontations of the 21st century. This is a riveting expose of modern history for the general reader, a "must read" for policy-makers, and an eye-opening overview for scholars and students.

No other book conveys so vividly how each side interpreted the other's intentions, and what shaped their actions. In a richly informed and perceptive "insider's account", former British diplomat Gordon Barrass shows that while there were times when each side did understand the other's intentions, there were also times when they were wildly wrong—leading to the chilling revelation that the situation was far more serious than most people knew at the time—or imagine now.

In looking back over that half-century of confrontation, Barrass poses three big questions: Why did the Cold War start? Why did it last so long? And why did it end the way it did? To answer them, he traveled to Washington, Paris, Brussels, Berlin, Warsaw, and Moscow to interview nearly 100 people, including top policymakers, strategists, military commanders, and key figures in the world of intelligence. Their narratives reveal what was going on behind the scenes, providing valuable insights into the mixture of insecurity, ignorance, and ambition that drove the rivalry between the two sides.

Barrass concludes that bringing the Cold War to a peaceful end was a far greater challenge than just "being tough with the Soviets." In the end it depended on the Americans' "getting inside the mind" of the Soviets to gain the leverage needed to achieve their goal—and intelligence played a key role in that process.

"Aremarkable book that deserves to remain for many years one of the best and most readable historical interpretations of the Cold War."

"Immensely timely. The lessons Barrass draws from the Cold War years can help us greatly in tackling the confrontations of the 21st century. It is a 'must read' for policy makers."

"Gordon Barras has managed to guide the reader through an intricate and dimly lit web of historical events that shaped the course of the 20th century. His route map is much more precise and illuminating than offered by those who tried before him to explain how the Cold War was ticking and how it was finally disarmed without an explosion."

"Gordon Barrass has written a fascinating retrospective of the period we call the 'Cold War'. Through a great number of interviews with players and planners of both sides he shed light upon the complicated interaction, the visions and misunderstandings of that great confrontation between east and west and on the moral burden of the nuclear dimension of the conflict. But his book is not only fine history, it is full of lessons for today."

"This book is a major contribution to the history of the Cold War—and Gordon Barrass is uniquely qualified to write it. He has a deep understanding of both sides and the issues involved. His access to important figures, in the East and the West, has allowed him to test his perceptions of the Cold War, guaranteeing that this book will remain a key reference until the end of the century."

—Oleg Gordievsky, Former Head of the KGB in London

"This book is a comprehensive, balanced account of the Cold War, deeply researched and containing much new information. It is a solid contribution to scholarship and will be much admired."

"A lucid, stimulating, and insightful account of an extraordinary phase of history—a tour de force in the unusual breadth and balance of its perspective."

"Barrass covers the Cold War from beginning to end in one wise and spirited account. A former British diplomat, he includes inside stories little known to historians. Drawing on first-hand interviews, rich in colorful detail, and written with clarity, passion and verve, this book will entrance scholars, students and general readers alike."

—William Taubman, Professor of Political Science, Amherst College, and winner of the 2004 Pulitzer Prize for biography

"This excellent and engaging survey of the Cold War by Gordon Barrass, a well-connected insider, pulls together the latest research and is enriched by his own important interviews with key decision makers. Barrass offers valuable new insights into the factors that shaped the conflict and brought it to an end. The book will be of great value to anyone teaching or studying the Cold War era."

"Barrass gives us a unique insight into some of the most hazardous and fascinating aspects of the Cold War about which there will never be a formal record. Through the questions he has put to many of the key players still alive and his keen understanding of intelligence, Barrass has provided a priceless perspective on that era. Historians will be thankful for what he has done."

"I highly recommend this fascinating and well-written history of the Cold War—it is a book that really sparkles and one that I shall quote often. Barrass served on the frontlines as a senior diplomat and as the chief of the British equivalent of the US National Security Council. He knows, and has interviewed, the key actors, East and West and makes a major contribution by putting the superpowers' strategic relationship and intelligence at the center of the story."

—Benjamin B. Fischer, Former Chief Historian at CIA's Center for the Study of Intelligence

"As a participant in the monstrously dangerous and deeply bizarre era called the Cold War, I've often asked myself how to explain it to my grandchildren. Gordon's book does it as does no other work I know about."

"Personal perspectives skillfully interwoven with historical narrative make this book an essential interpretation of the cold war and one that most libraries should acquire."

"A remarkably comprehensive portrait of the entire Cold War—combining impressive detail with a continuing high-level overview. Buttressed by an extended examination of de-classified diplomatic and intelligence reports—and by interviews with such legendary figures as Markus Wolf—the study provides new penetrating insights into that long struggle. The detachment of a British observer who could avoid identifying with either of the superpowers is refreshing. A splendid achievement. Mr. Barrass is to be congratulated." 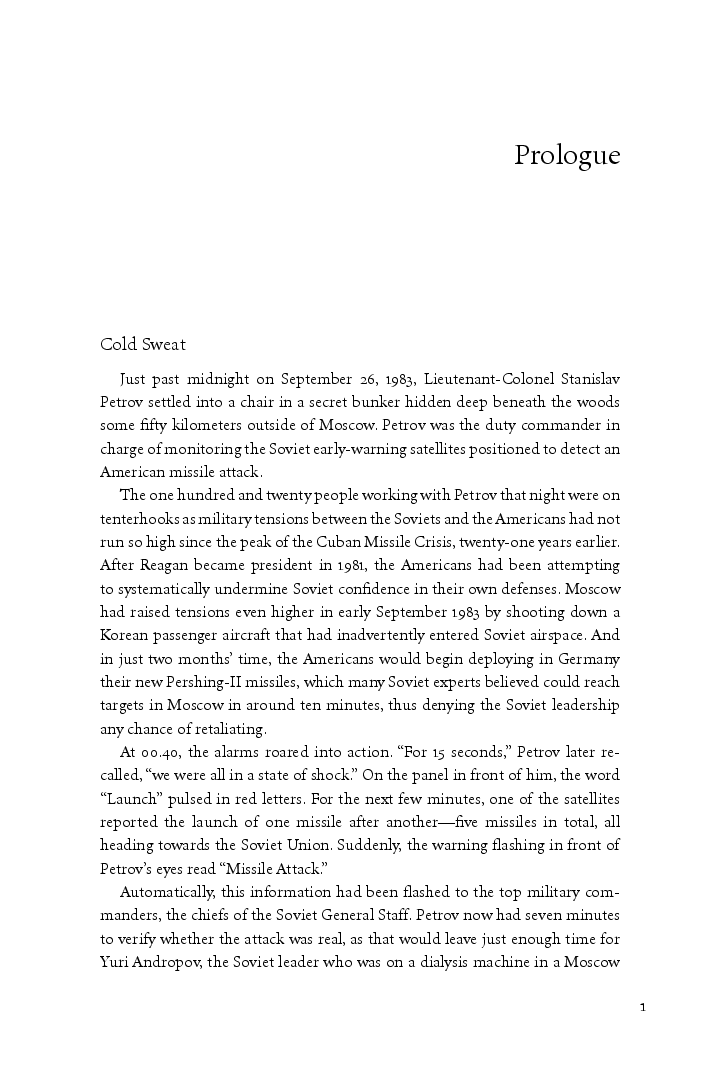 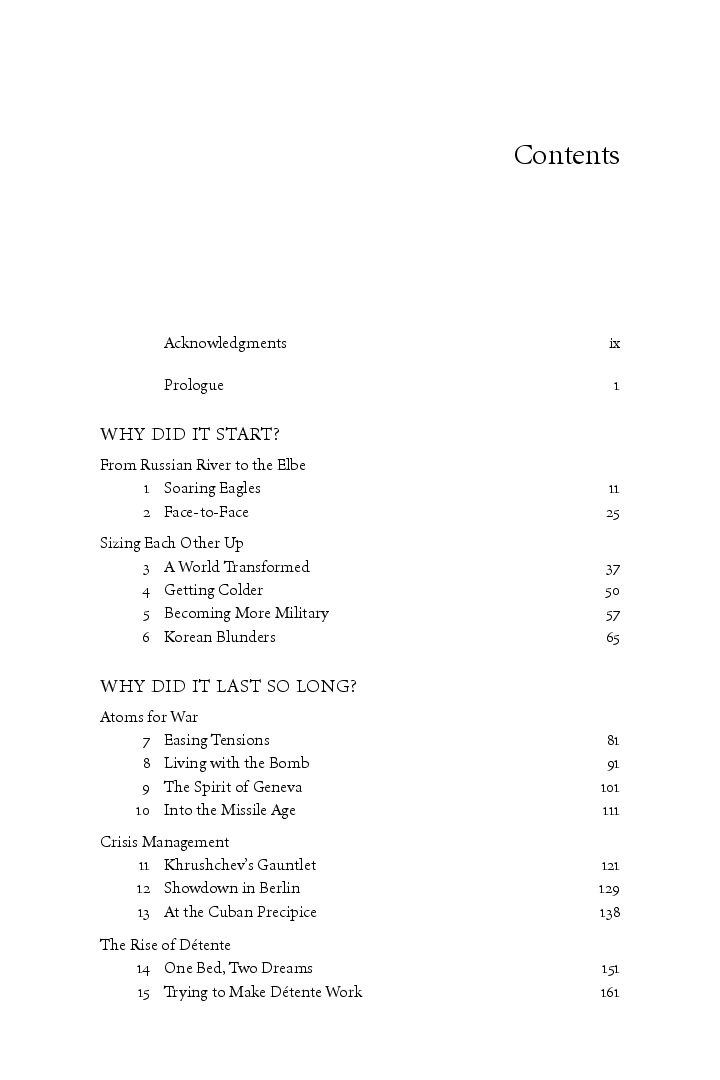