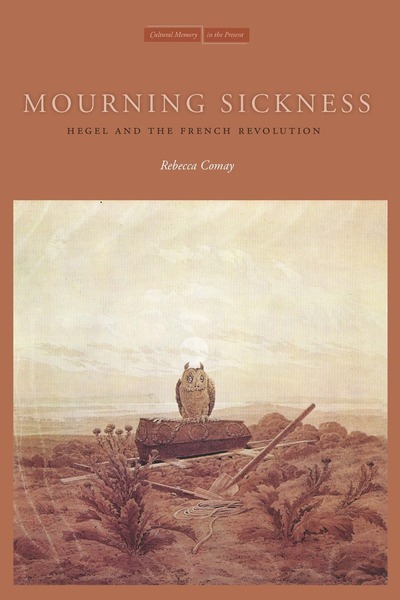 This book explores Hegel's response to the French Revolutionary Terror and its impact on Germany. Like many of his contemporaries, Hegel was struck by the seeming parallel between the political upheaval in France and the upheaval in German philosophy inaugurated by the Protestant Reformation and brought to a climax by German Idealism. Many thinkers reasoned that a political revolution would be unnecessary in Germany, because this intellectual "revolution" had preempted it. Having already been through its own cataclysm, Germany would be able to extract the energy of the Revolution and channel its radicalism into thought. Hegel comes close to making such an argument too. But he also offers a powerful analysis of how this kind of secondhand history gets generated in the first place, and shows what is stake. This is what makes him uniquely interesting among his contemporaries: he demonstrates how a fantasy can be simultaneously deconstructed and enjoyed.

Mourning Sickness provides a new reading of Hegel in the light of contemporary theories of historical trauma. It explores the ways in which major historical events are experienced vicariously, and the fantasies we use to make sense of them. Comay brings Hegel into relation with the most burning contemporary discussions around catastrophe, witness, memory, and the role of culture in shaping political experience.

Rebecca Comay is Professor of Philosophy and Comparative Literature at the University of Toronto, where she is also codirector of the Program in Literary Studies. She is the editor of Lost in the Archives (2001) and coeditor of Endings: Memory in Hegel and Heidegger (1999).

"Comay's grasp of a broad range of the literature of the time is impressive. . . Her index is thorough and well organized. Recommended."

"Rebecca Comay has written a stunning and powerful book. By making Hegel's account of the 'Terror' of the French Revolution the pivot of her reading, Comay offers a Hegel who is more radically modern and intransigently difficult than anything either his supporters or critics have imagined. Comay's work makes philosophy a more capacious, riven, and historically reflective place than before—or maybe just catching up to what Hegel demanded it must be. Mourning Sickness will become as important to reading the second half of Phenomenology of Spirit as Robert Pippin's work is to reading the first half."

"Masterful in its analysis of Hegel's arguments and unparalleled in its sensitivity to the subtleties of Hegel's texts,Mourning Sicknessoffers a new and compelling reading of Hegel, in which the French Revolution emerges as the "burning center" of his work. But this is also a penetrating study of the intractably historical dimensions of philosophical invention. From its treatment of the opposition between Reformation and Revolution to its reading of Kant's theory of regicide, from its account of Hegel's analysis of the Terror to its interpretation of Absolute Knowing, this book brilliantly demonstrates how ambiguous—and yet how crucial—the relations between thought and historical experience can be." 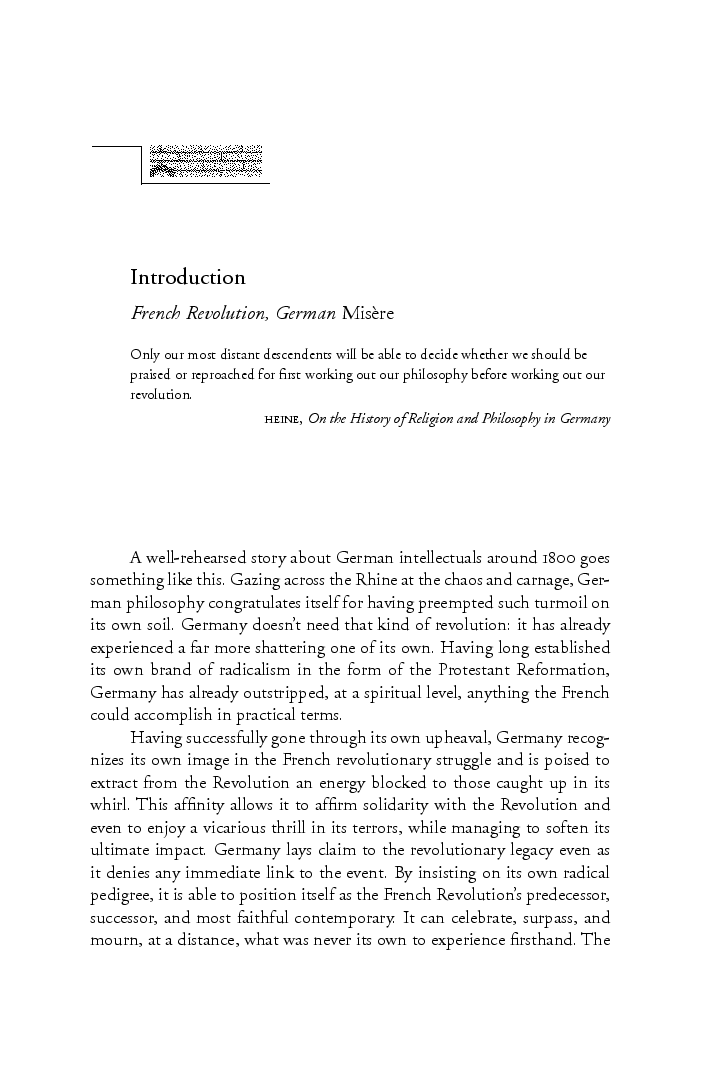 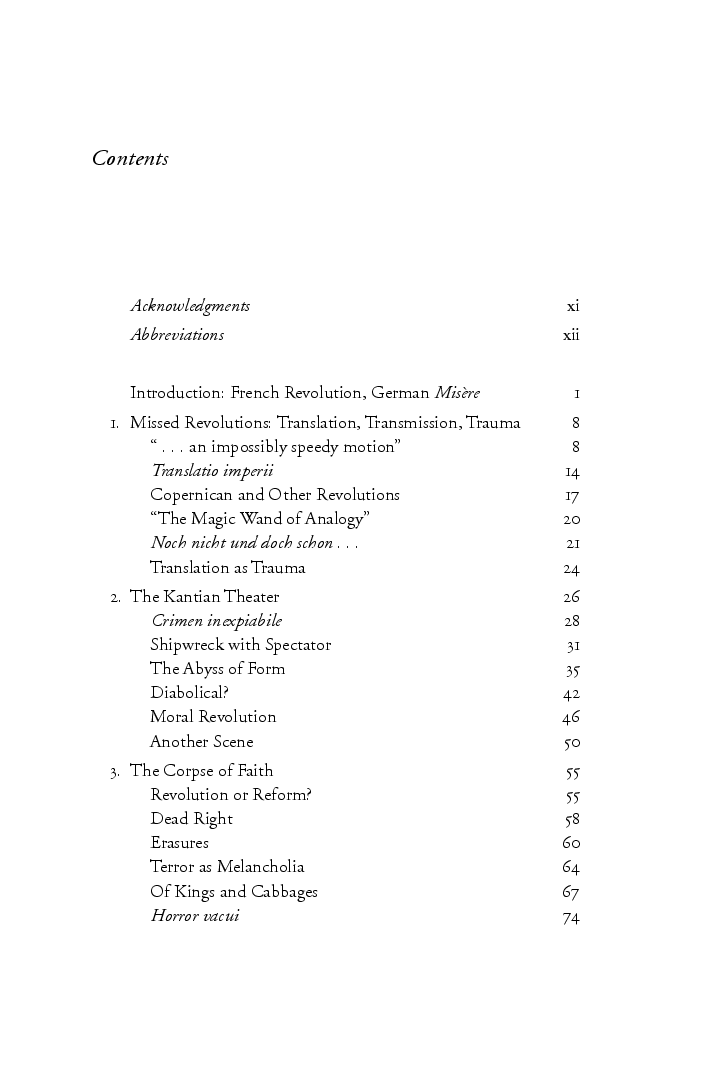