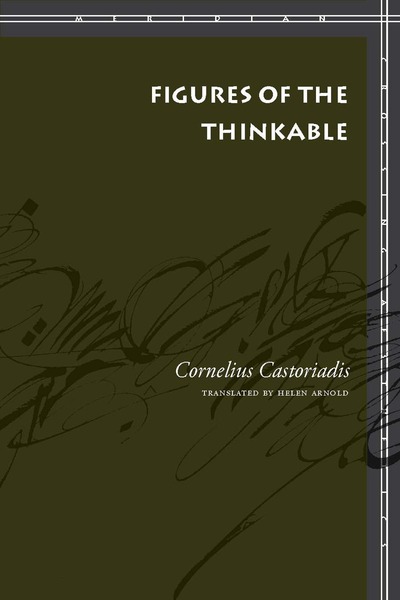 In this posthumous collection of writings, Cornelius Castoriadis (1922-1997) pursues his incisive analysis of modern society, the philosophical basis of our ability to change it, and the points of intersection between his many approaches to this theme. His main philosophical postulate, that the human subject and society are not predetermined, asserts the primacy of creation and the possibility of creative, autonomous activity in every domain. This argument is combined with penetrating political and social criticism, opening numerous avenues of critical thought and action.

The book’s wide-ranging topics include the core worldview of ancient Athens, where the idea of self-creation and self-limitation made democracy possible; the wealth of poetic resources; a deconstruction of the so-called rationality of capitalism and of the current conception of democracy, along with a discussion of what a radical, revolutionary project means today; the role of what he calls the radical imagination in the creation of both societal institutions and history; the roots of hate; a psychoanalytic view of human development torn between heteronomy and autonomy; the role of education in forming autonomous individuals; and notions of chaos, space, and number.