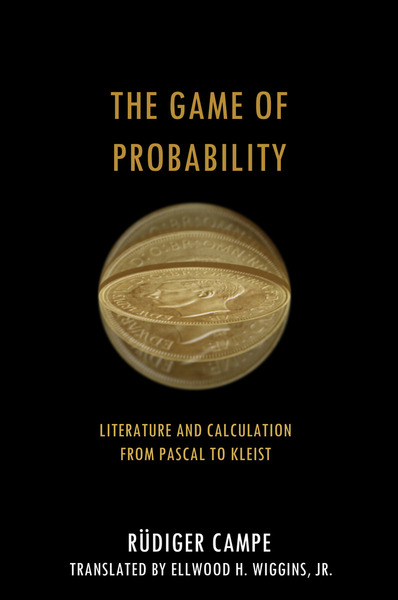 The Game of Probability
Literature and Calculation from Pascal to Kleist
Rüdiger Campe Translated by Ellwood H. Wiggins, Jr.
SERIES: Cultural Memory in the Present

The Game of Probability revisits the seventeenth and eighteenth-century "probabilistic revolution," providing a history of the relations between mathematical and rhetorical techniques, between the scientific and the aesthetic. This was a revolution that overthrew the "order of things," notably the way that science and art positioned themselves with respect to reality, and its participants included a wide variety of people from as many walks of life. Campe devotes chapters to them in turn. Focusing on the interpretation of games of chance as the model for probability and on the reinterpretation of aesthetic form as verisimilitude (a critical question for theoreticians of that new literary genre, the novel), the scope alone of Campe's book argues for probability's crucial role in the constitution of modernity.

Rüdiger Campe is Professor and Chair of German Language and Literature at Yale University.

"Wiggin's translation of this demanding critical text is clear and accessible."

"Campe's book is a recommendable and laudable cross-disciplinary enquiry into the aesthetic, theological, philosophical, literary and mathematical developments that circumscribe the notion of modern probability as a highly complex phenomenon."

"Readers who have studied other histories containing views of the probability of this period will find considerable, and refreshing, additional material here. For instance, Campe considers, as contributors to the probabilistic revolution, mathematicians, moral theologians, jurists, natural scientists, rhetoricians and logicians, the insurance industry, economists, and civil servants . . . [The Game of Probability] is a work that repays serious study with many illuminating moments, adding as it does not only to readers' probabilistic knowledge but also to their appreciation of the early novel. Campe sheds light on the emergence of probability as we now see it: not only its development from gaming, but also its necessary development through literature and jurisprudence. The book, exhibiting great scholarship, is not a history of probability and statistics, but nevertheless forms an important addition to works on that topic."

—A. I. Dale, Mathematical Reviews

"Rüdiger Campe's The Game of Probability lays out—for the first time and in all its complexity—a semantic field crucial to our modernity: to our social and juridical modernity, to our scientific and mathematical modernity, to our literary modernity. The breadth and depth of learning upon which this book rests will make it an invaluable resource for scholars across the historical-humanistic disciplines and the bright light generated by its readings will illuminate countless research projects. This marvelous book belongs among the most distinguished publications to have emerged out of cultural studies in Germany during the past thirty years." 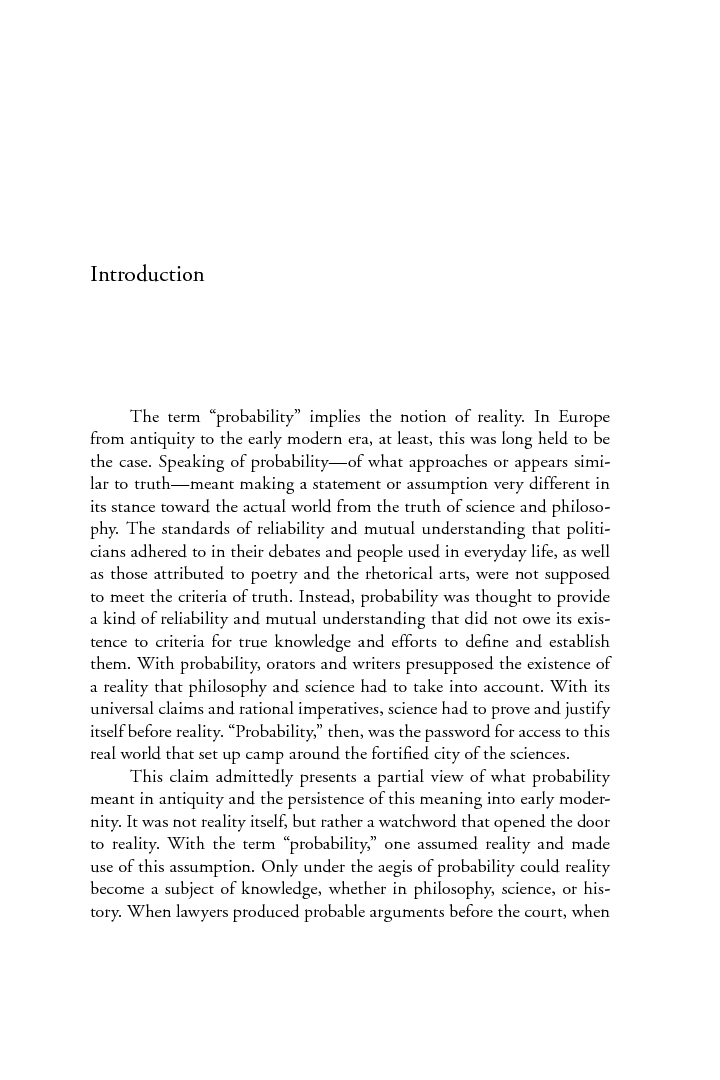 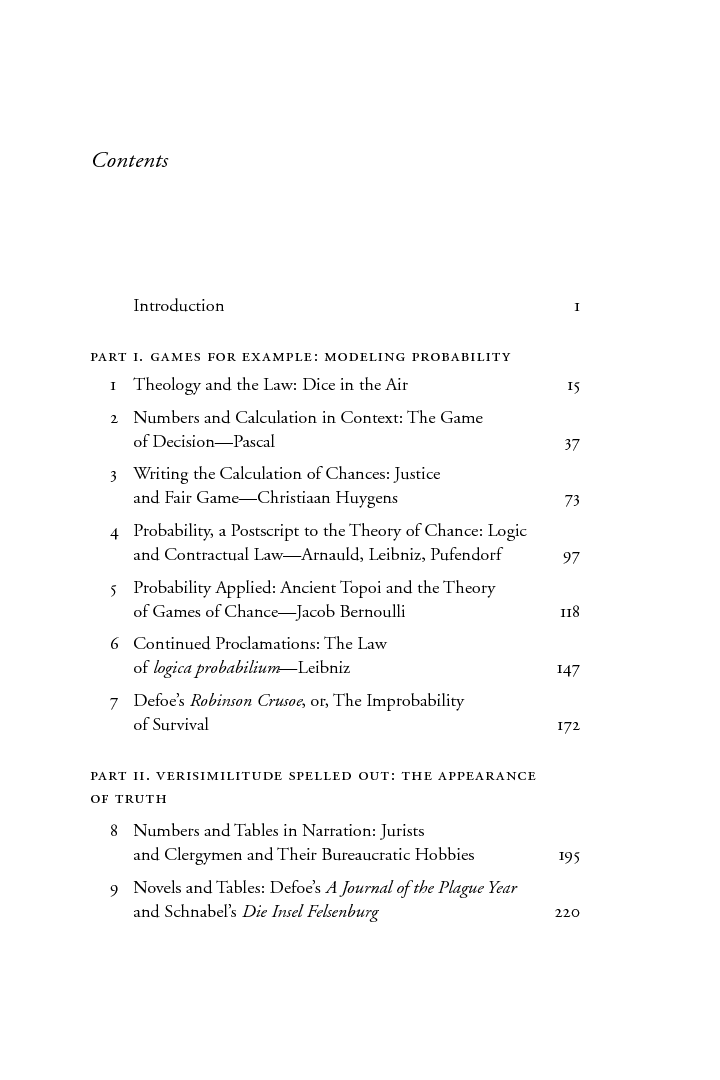