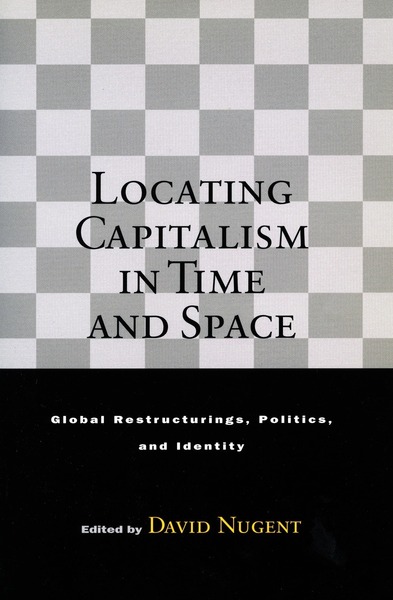 The last several decades have witnessed major restructurings—economic, political, and cultural—in the international arena. The depth and scope of these changes have prompted anthropologists to rethink many of their most basic assumptions, to problematize issues that have long gone unexamined, and to grapple with new and unique problems. Doing so has left the discipline profoundly unsettled. Existing standards of scholarship and research methodologies have come under attack, key conceptual categories have been called into question, and truths once considered secure have been subjected to severe scrutiny and even ridicule.

Seizing upon the opportunity afforded by the contemporary conjuncture of disciplinary crisis and redefinition, this book raises questions about two interrelated aspects of historical process and academic production. The volume contributes to ongoing debates about the degree to which the developments of recent decades represent the advent of a new historical era, a rupture with the past that requires new conceptualizations and logics in order to be understood. In confronting this question, the contributors to this volume have assembled a range of materials that place the present period of reconstruction in the context of a broader history and geography of other, related restructurings.

Locating Capitalism in Time and Space also raises questions about the degree to which the scholarship of recent decades represents a qualitative break with that of the past. At issue here is whether one understands the history of academic production as a linear process of intellectual growth punctuated by major breakthroughs in understanding, or as a political process structured by the same kinds of inequalities and struggles that characterize the social worlds that are the object of anthropological analysis.

David Nugent is Associate Professor of Anthropology at Colby College. He is the author of Modernity at the Edge of Empire: State, Individual, and Nation in the Northern Peruvian Sierra, 1885-1935 (Stanford, 1997)

“In assembling this book, which is a substantial contribution to anthropology, the editor has brought together a very impressive group of major scholars. His Introduction develops a new and important way of conceptualizing the history of anthropological theory.”—Gerald Sider, Graduate Center, CUNY

“This book is important reading to anyone concerned with topics of state, nationality and capitalism, and for those interested in the development of anthropological discourse on these subjects and in a processual sense.” —Canadian Review of Sociology and Anthropology