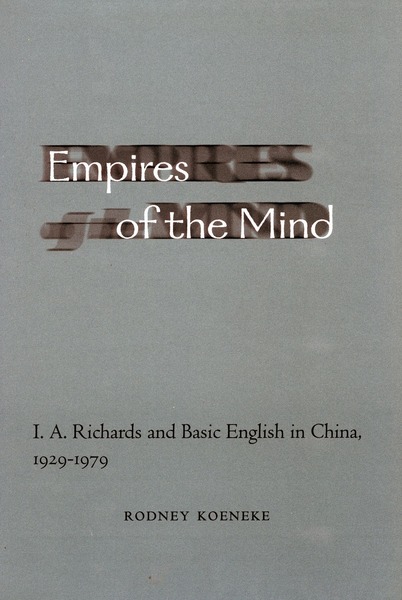 Empires of the Mind
I. A. Richards and Basic English in China, 1929-1979
Rodney Koeneke

Empires of the Mind tells the story of I. A. Richards, Britain's foremost literary critic in the 1920s, and his effort to promote an 850-word version of "global" English in China. Examining the cultural milieu of Cambridge between the World Wars, where Richards's internationalist vision first arose, this book traces the heretofore-unexplored connections between Richards's literary theories and his political ideals. Richards's time in China covers a volatile period in Chinese history: the Japanese occupation, the Communist revolution, and the beginnings of the Cold War all feature prominently in the history of Basic English over a fifty-year period.

Koeneke considers Richards's project in the light of current theories about imperialism: Did Basic English anticipate today's multicultural aspirations for global exchange? Or did it advance new "empires of the mind" whose spoils are language and information? Ultimately, the history of Richards's time in China offers a crucial window onto the postcolonial complexities of our own.

Rodney Koeneke has a Ph.D. in History and the Humanities from Stanford University.