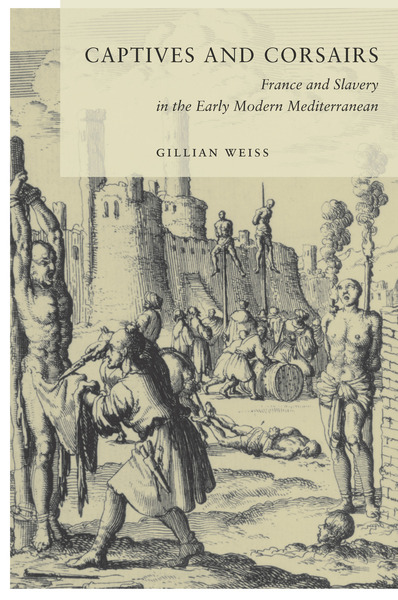 Captives and Corsairs uncovers a forgotten story in the history of relations between the West and Islam: three centuries of Muslim corsair raids on French ships and shores and the resulting captivity of tens of thousands of French subjects and citizens in North Africa. Through an analysis of archival materials, writings, and images produced by contemporaries, the book fundamentally revises our picture of France's emergence as a nation and a colonial power, presenting the Mediterranean as an essential vantage point for studying the rise of France. It reveals how efforts to liberate slaves from North Africa shaped France's perceptions of the Muslim world and of their own "Frenchness". From around 1550 to 1830, freeing these captives evolved from an expression of Christian charity to a method of state building and, eventually, to a rationale for imperial expansion. Captives and Corsairs thus advances new arguments about the fluid nature of slavery and firmly links captive redemption to state formation—and in turn to the still vital ideology of liberatory conquest.

"Captives and Corsairs is undoubtedly a major contribution to both the growing literature on early modern slavery, and the existing literature on sociopolitical dynamics in the Western Mediterranean . . . Extremely well-written and well thought-out, this book shold be read by anyone with an interest in the fascinating and complex Mediterranean History. Clearly, we are in the midst of a renaissance of the study of Mediterranean captivity, and this book deserves close reading."

"Captives and Corsairs is a well-researched and engagingly written book. Weiss's work complicates and enriches our understanding of the modern history of slavery and brings a valuable longue durée perspective to our understanding of early modern relations between France and North Arica."

"Throughout the text, Weiss challenges binary constructs and goes beyond a comparative perspective to one of "connected" history by showing not only how captivity of Christians was related to and often interdependent upon captivity of Muslims but how Mediterranean captivity and Atlantic slavery were linked together. In this regard, she is especially convincing in demonstrating how tensions within France and between France and other European polities shaped France's involvement in the Mediterranean. Precisely because Weiss is so good in making unexpected links stand out, one is left pondering, what role did similar tensions and disagreements within the Maghribi regencies and among them play. . . Captives and Corsairs is one of the best studies of the early modern Mediterranean to have been written in the last two decades."

"On this stage of scholarly hostility steps Gillian Weiss in a book of masterful erudition, herculean archival research, and deep understanding of French history. . . Gillian Weiss has written a rigorously documented and insightful book. It is a study that all scholars who write about captivity in the Mediterranean should try to emulate, though it will not prove easy."

"Captives and Corsairs makes major contributions to the literature on early modern religion, slavery, diplomacy, and culture. Its municipal, provincial, and overseas perspectives enrich traditional narratives of absolutism and state-building, create a much-needed dialogue between early modern and modern histories of France, and demonstrate that new, global methodologies can enliven traditional historical questions."

"Weiss has carried out detailed research in a wide range of French archives, both central and local, covering the period from the early sixteenth century to 1830. There has until now been a serious lack of an adequate English language study of French attitudes and policies towards Mediterranean corsairing and slavery in the Early Modern period. This excellent study fills that gap admirably."

"In a remarkably erudite and lucid narrative, Gillian Weiss tells the unjustly neglected story of Mediterranean slavery, highlighting the interchange between French captives in North Africa and Islamic captives in France. Captives and Corsairs is a fascinating chronicle of changing cultural perceptions that will be warmly welcomed by all historians of modern Europe, all scholars of slavery, and all thinking individuals concerned with West/East and Christian/Islamic relations."

"Captives and Corsairs not only enriches our understanding of early modern slavery, it also demonstrates that interactions with North Africa were central to the construction of French identity, state-building, and visions of hierarchy long before France actually colonized the region in the nineteenth century. Weiss's book offers a powerful example of transnational history in dialogue with more traditional historical questions about state, religion, and geopolitics."

"Gillian Weiss has given us a broad and definitive book on the presence of French slaves in North Africa and efforts at their redemption in the 17th and 18th century. With fresh vision, she shows us how the struggle against Mediterranean piracy strengthened the French monarchical state, reshaped the legitimization for slavery in a 'racialized' direction, and even provided the arguments for the later French colonization of Algeria. Full of verve and rich detail, Captives and Corsairs is history-writing at its best." 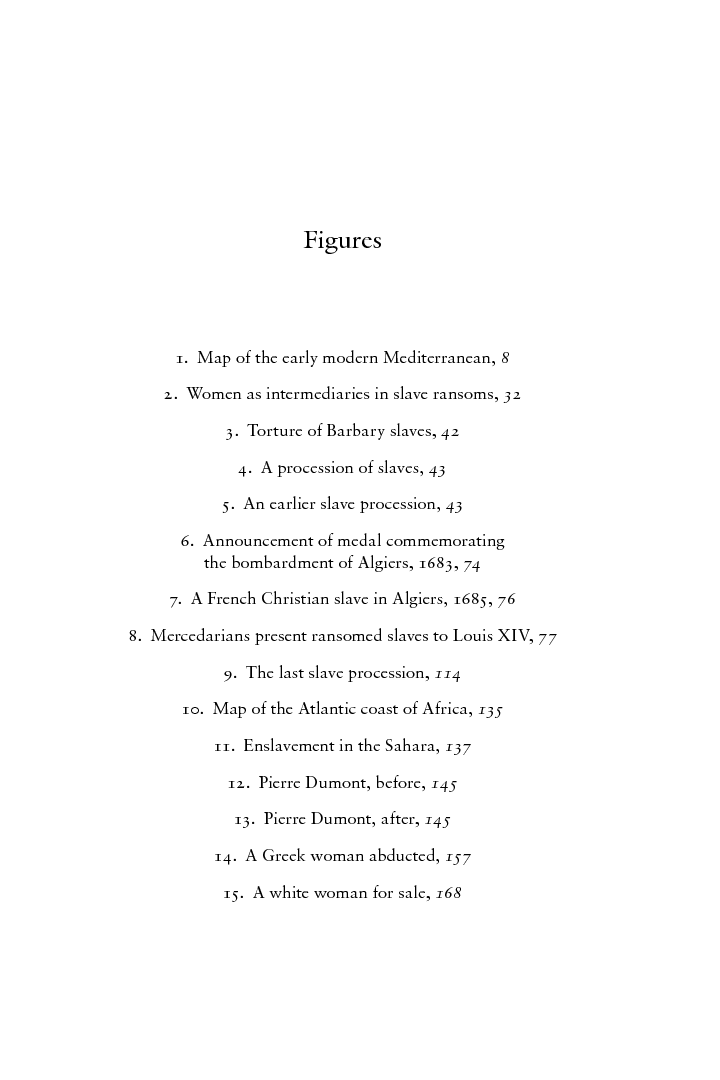 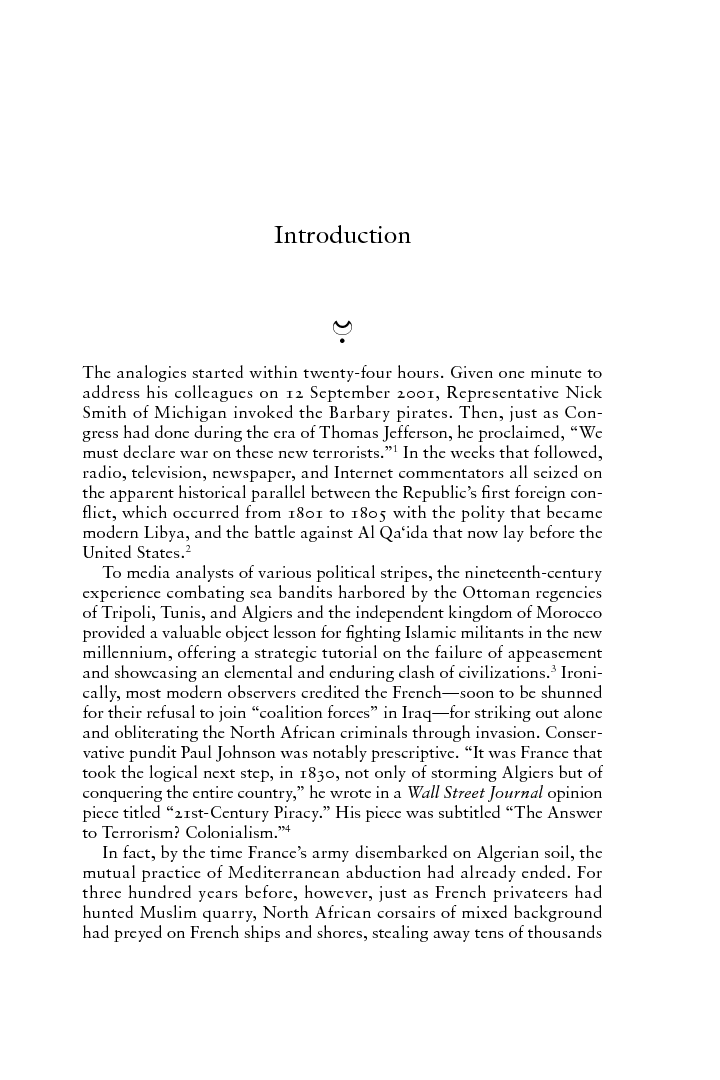 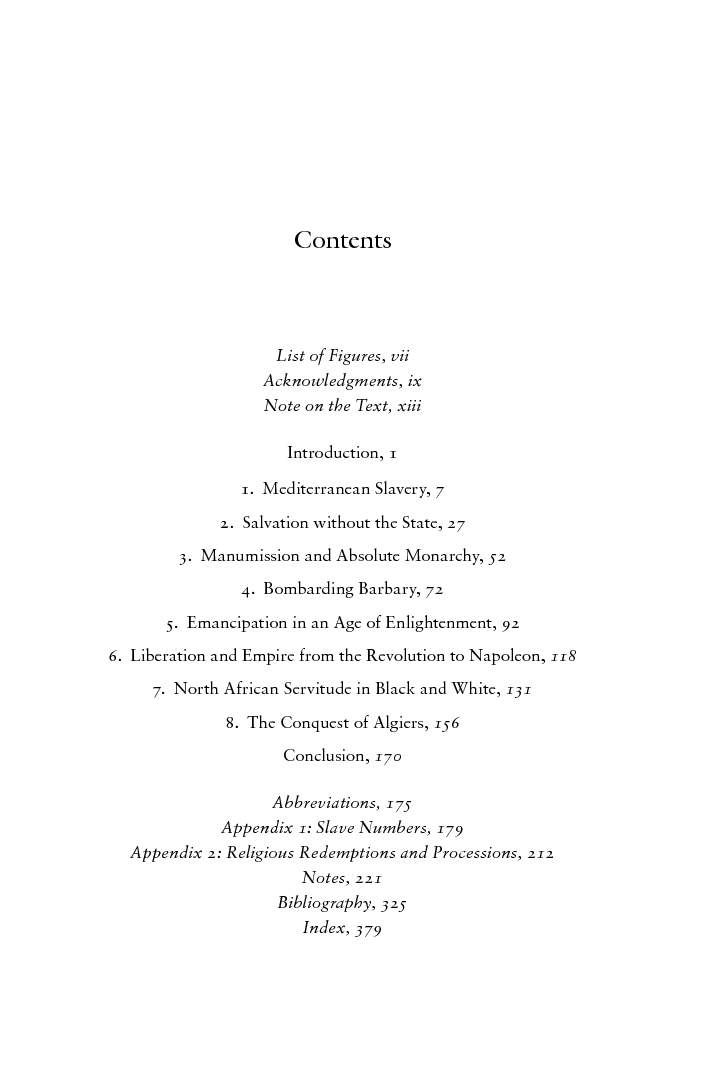