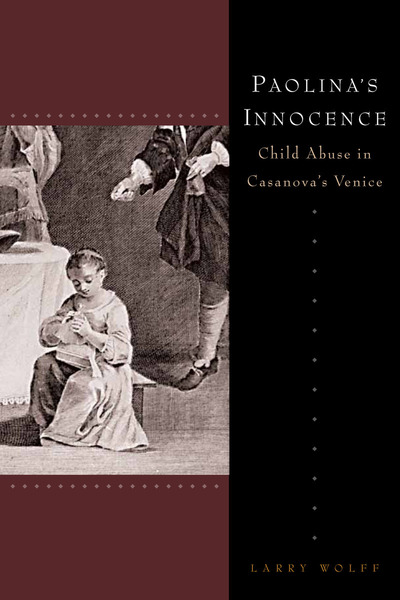 In the summer of 1785, in the city of Venice, a wealthy 60-year-old man was arrested and accused of a scandalous offense: having sexual relations with the 8-year-old daughter of an impoverished laundress. Although the sexual abuse of children was probably not uncommon in early modern Europe, it is largely undocumented, and the concept of "child abuse" did not yet exist. The case of Paolina Lozaro and Gaetano Franceschini came before Venice's unusual blasphemy tribunal, the Bestemmia, which heard testimony from an entire neighborhood—from the parish priest to the madam of the local brothel.

Paolina's Innocence considers Franceschini's conduct in the context of the libertinism of Casanova and also employs other prominent contemporaries—Jean-Jacques Rousseau, Carlo Goldoni, Lorenzo Da Ponte, Cesare Beccaria, and the Marquis de Sade—as points of reference for understanding the case and broader issues of libertinism, sexual crime, childhood, and child abuse in the 18th century.

Larry Wolff is Professor of History at New York University and Director of the NYU Center for European and Mediterranean Studies. His most recent book is The Idea of Galicia: History and Fantasy in Habsburg Political Culture (Stanford, 2010).

"With the lively eye and deft pen of the successful microhistorian, Larry Wolff takes an exceptional document about a rare transgression and craft a nuanced commentary on a larger cultural transition . . . Using the child's own mouth, this book contributes to the relatively sparse field of early modern girlhood studies . . . This very readable book recovers a small, eighteenth-century story and helps us to track its broad resonances across a century and more of cultural change."

"With engaging prose, Wolff meticulously dissects every aspect of the judicial investigation . . . The author tells a riveting story rich in social context and human interaction . . . Historians of childhood will want to read Wolff's spell-binding narrative, masterfully set within the Enlightenment's principal cultural themes. Paolina's Innocence is a valuable contribution to the literature on childhood history."

—Joanne M. Ferraro, Journal of the History of Childhood and Youth

"This study is a fascinating piece of social and cultural history that examines the development of modern concepts of childhood and innocence within the context of jurisprudence and with attention to evolving social and cultural sensibilities . . . Wolff deftly weaves together the various facets of Paolina and Franceschini's story to show the intersection of culture, religion, jurisprudence, and changing sensibilities around questions of innocence and childhood. This book makes a valuable contribution to the history of childhood but also offers critical insight into changing social, cultural, and legal attitudes as Europe transitioned into its modern phase."

"Paolina's Innocence is written in a lovely, accessible style and its subject is one of both historical and popular interest. Its value derives in part from the richness of the court records of the case, and extensive excerpts are reproduced from the testimony of all the principals, including both Paolina and Franceschini . . . [I]n linking this obscure but dramatic case to broader cultural currents at the time, and in articulating his provocative thesis, Wolff offers a valuable stimulus to the further archival explorations needed to resolve the questions he poses."

"This compelling and troubling story shakes our assumptions about a period and place that we associate with humane values and love of liberty. Wolff dissects the petty jealousies and profound concerns that drove a gripping case of suspected child abuse, and he offers a vivid portrait of Venetian life that shows how poverty and dislocation could lead poor parents to offer their children for sexual exploitation by the wealthy."

"Larry Wolff's account of an eighteenth-century trial of a wealthy Venetian for the sexual abuse of a servant girl is unique for its vivid evocation of social context, its exploration of the phenomenon of libertinage, its identification of a turning point after which the exploitation of the innocent would not be officially tolerated, and, not least, its fluid, jargon-free narrative style." 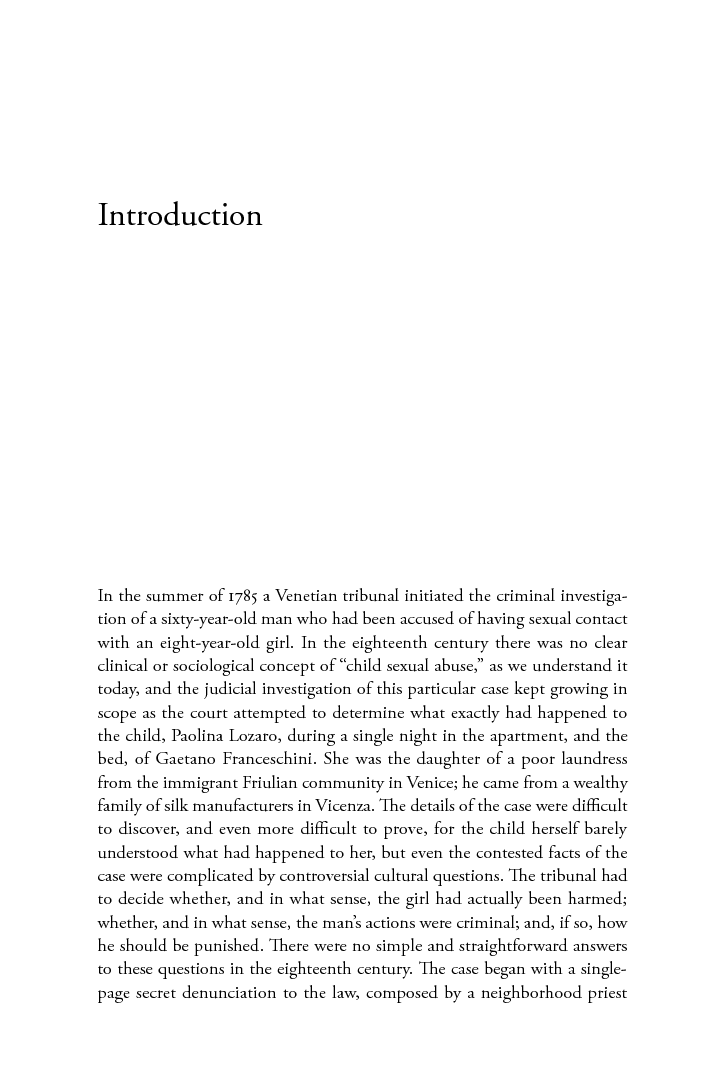 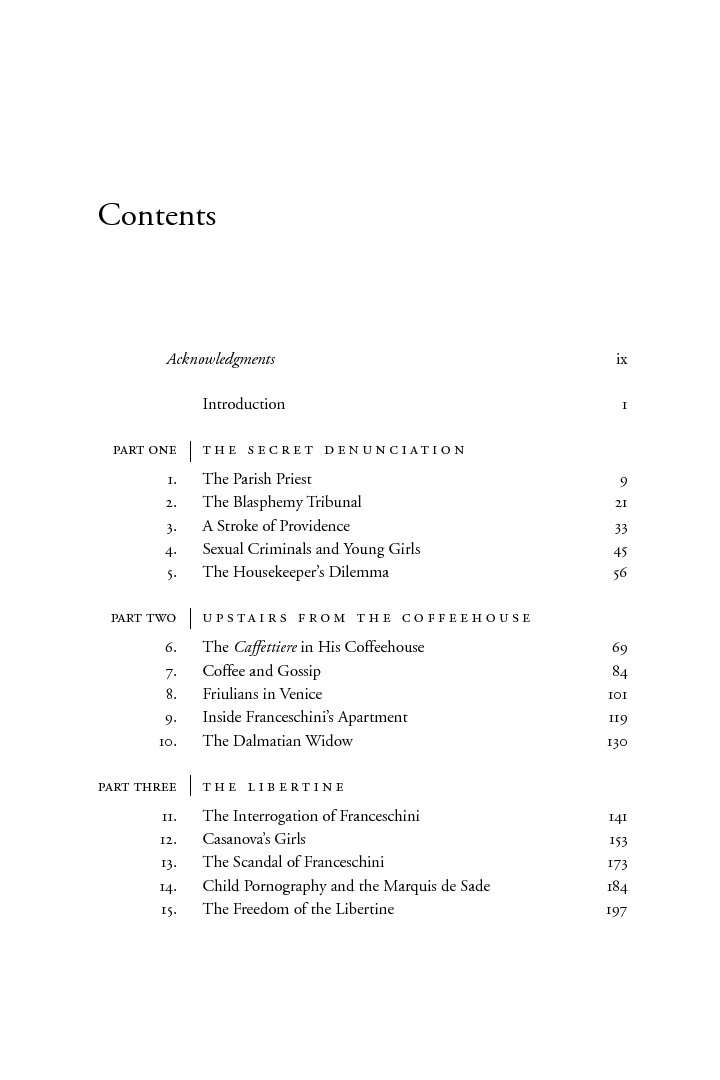