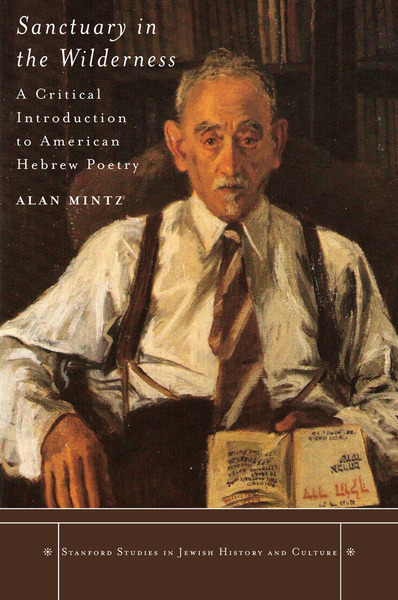 The effort to create a serious Hebrew literature in the United States in the years around World War I is one of the best kept secrets of American Jewish history. Hebrew had been revived as a modern literary language in nineteenth-century Russia and then taken to Palestine as part of the Zionist revolution. But the overwhelming majority of Jewish emigrants from Eastern Europe settled in America, and a passionate kernel among them believed that Hebrew provided the vehicle for modernizing the Jewish people while maintaining their connection to Zion. These American Hebraists created schools, journals, newspapers, and, most of all, a high literary culture focused on producing poetry. Sanctuary in the Wilderness is a critical introduction to American Hebrew poetry, focusing on a dozen key poets. This secular poetry began with a preoccupation with the situation of the individual in a disenchanted world and then moved outward to engage American vistas and Jewish fate and hope in midcentury. American Hebrew poets hoped to be read in both Palestine and America, but were disappointed on both scores. Several moved to Israel and connected with the vital literary scene there, but most stayed and persisted in the cause of American Hebraism.

Alan Mintz is Chana Kekst Professor of Hebrew Literature at the Jewish Theological Seminary. He was a founder and co-editor of Prooftexts: A Journal of Jewish Literary History.

"Alan Mintz's Sanctuary in the Wilderness represents a grand undertaking of the emergence and development of Hebrew poetry in America."

"[Mintz's] work is crucial for those interested in the formation and future of modern American Jewish cultural values. . . . Highly recommended."

"Alan Mintz has written a wonderful work of scholarship on a little-known subject: the large amount of serious and no-forgotten Hebrew poetry written in 20th-century America . . . Mintz has performed an enormous service by introducing us to an unusual body of [poetry] that now, because of his fine book, stands a better chance of being remembered."

"Mintz illuminates the poets' biographies, brief as they are, with the skill of a pointillist. But it is in his analysis of the poems themselves that he is most masterly . . . Mintz means the poem to be understood both for its inwardness and for the air it breathes; his critical vocabulary has the discerning force of insight."

"Mintz's Sanctuary in the Wilderness (2011)—which deals almost exclusively with Hebrew poetry—is unique in identifying the source of the American Hebrew literary tradition in the writers' pure and uncompromising love affair with the Hebrew language. Mintz includes himself in this love affair, and it is that passion that enables him to recover the extraordinary passion of the texts . . . [Mintz is] to be thanked for recovering this world of one of the Jewish mother tongues."

"This fascinating literary study of twelve Hebrew poets who flourished as a 'virtual community' in America about the middle of the 20th century revises and expands our understanding of poetry, modernism, Hebrew, and, not least, America. It invites us to wonder when and under what conditions such an island of Hebrew creativity might surface here again."

"Through the scrupulous investigation of a neglected body of poems, Alan Mintz has succeeded in writing a new chapter in the history of modern Hebrew poetry. Literary criticism in Israel, for both cultural and ideological reasons, has paid scant attention to the Hebrew poetry produced in America in the twentieth century. Mintz's minutely attentive discussions of the poets and their poems broadens our sense of Hebrew poetry and of the variety of American cultural experience." 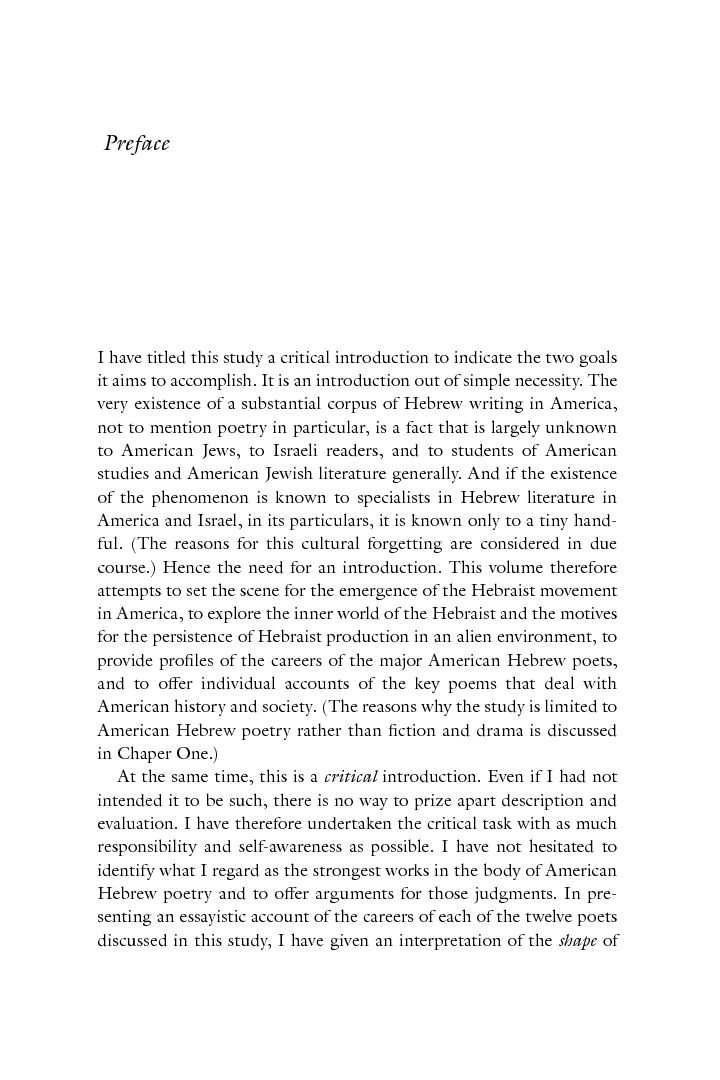 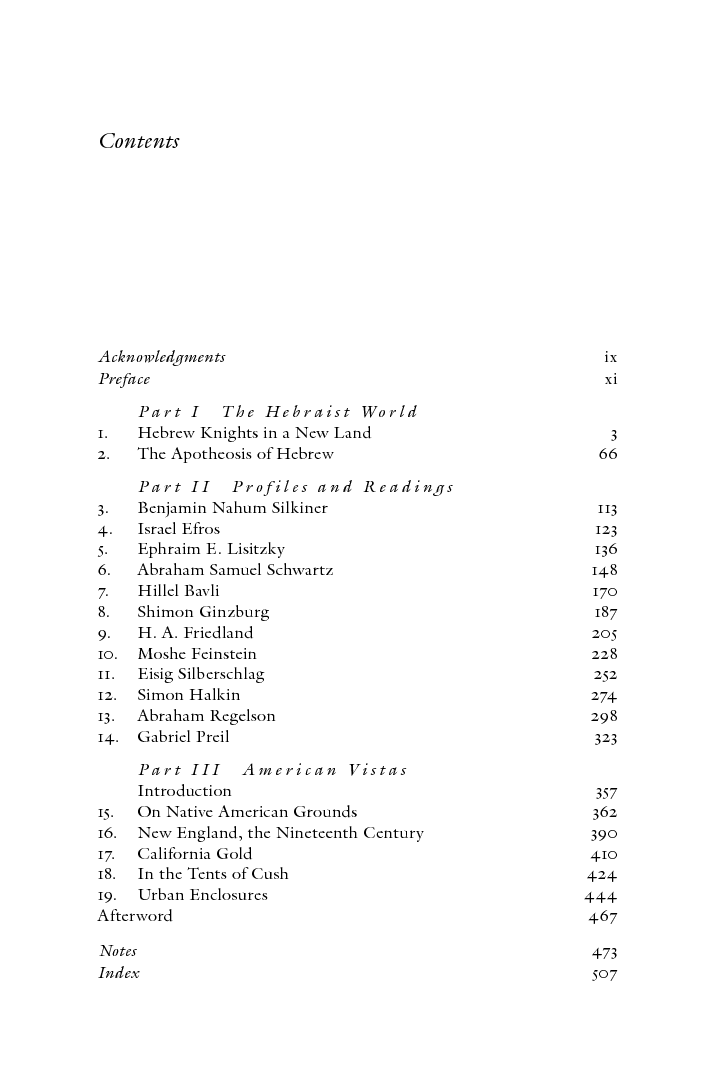