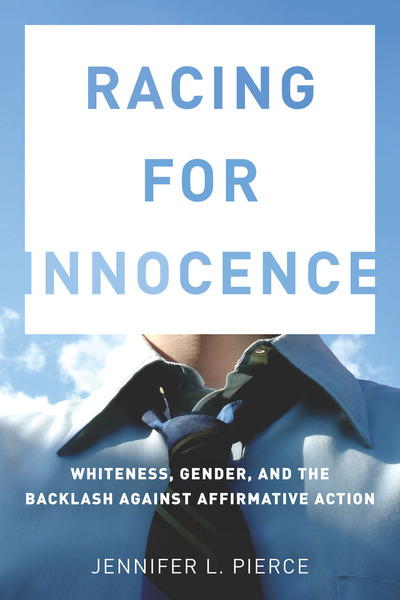 How is it that recipients of white privilege deny the role they play in reproducing racial inequality? Racing for Innocence addresses this question by examining the backlash against affirmative action in the late 1980s and early 1990s—just as courts, universities, and other institutions began to end affirmative action programs.

This book recounts the stories of elite legal professionals at a large corporation with a federally mandated affirmative action program, as well as the cultural narratives about race, gender, and power in the news media and Hollywood films. Though most white men denied accountability for any racism in the workplace, they recounted ways in which they resisted—whether wittingly or not— incorporating people of color or white women into their workplace lives. Drawing on three different approaches—ethnography, narrative analysis, and fiction—to conceptualize the complexities and ambiguities of race and gender in contemporary America, this book makes an innovative pedagogical tool.

Jennifer L. Pierce is Professor of American Studies at the University of Minnesota. She is coauthor of Telling Stories: The Use of Personal Narratives in the Social Sciences and in History (2008) and author of Gender Trials: Emotional Lives in Contemporary Law Firms (1995).

"In sum, Racing for Innocence is an important addition to the literature on race, gender, and equal opportunity and expands our knowledge as we contemplate the roots of the backlash against affirmative action."

"Considered together, the chapters in Racing for Innocence demonstrate how collective and personal narratives of white male supremacy have buttressed each other—remaking racism and sexism as interpersonal rather than collective and institutional problems (and, conveniently, always someone else's problem) . . . Pierce pulls back the curtain to reveal just how tightly, and in how many ways, elite white men have gripped and consolidated power when faced with pressures to make room for others—and the mental and rhetorical gymnastics they have undertaken to convince themselves and others that they came by their status fairly."

"Pierce's book is a welcome look at how the concept of 'whiteness' operates among elites. . . Pierce makes a compelling case that the timing of these [1980s and 90s Hollywood] movies was not coincidental, as affirmative action policies were being attacked nationally and, at the same time, there were many stories circulating about white male innocence and injury. . . Recommended."

"It is the continued controversy surrounding affirmative action that makes Jennifer Pierce's Racing for Innocence an important book for scholars in this field . . . The greatest strength of Pierce's work is its ability to elucidate the opinions and beliefs of an elite group in American society . . . Overall, this is a very good book that raises questions that are not going away no matter how much white America wants to believe that racism is dead."

"A major contribution to our sociological understanding of the backlash against affirmative action. I know of no other book that examines the issue from so many perspectives. Pierce provides a unique look at the cultural cues that led some white male lawyers to resist affirmative action in the workplace. She also shows how the media's exclusion of gender and white women from the discussion obscured the reality that white women were a major beneficiary of affirmative action even while they continued to experience workplace discrimination."

"Interviewing the actual players—those who hire or fire employees—Jennifer Pierce takes a novel approach to understanding how the popular narrative of affirmative action became internalized. This thoughtful book demonstrates how a rather neoconservative template of opinions, metaphors, theories, and beliefs was disseminated into the main stream."

"A signal contribution to the sociological imagination and to critical whiteness studies at the levels of method, content, and even style. Pierce gives human faces and gendered bodies their places in the attack on affirmative action without losing sight of structural forces that have connected colorblindness and conservatism."

—David Roediger, University of Illinois, and author of How Race Survived U.S. History 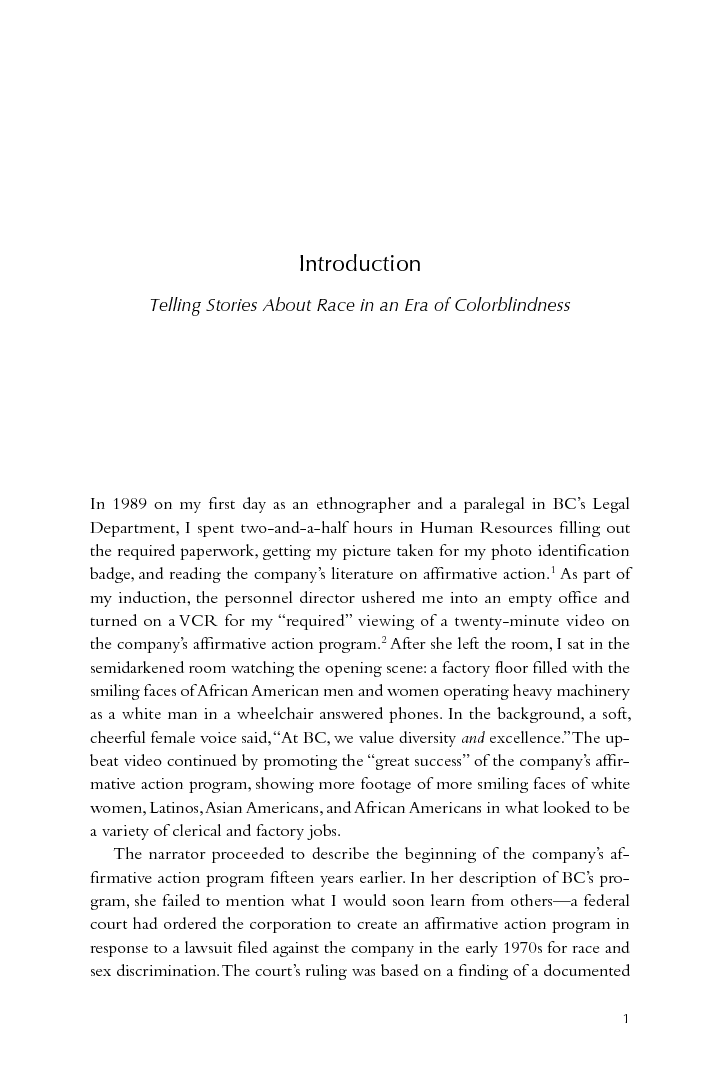 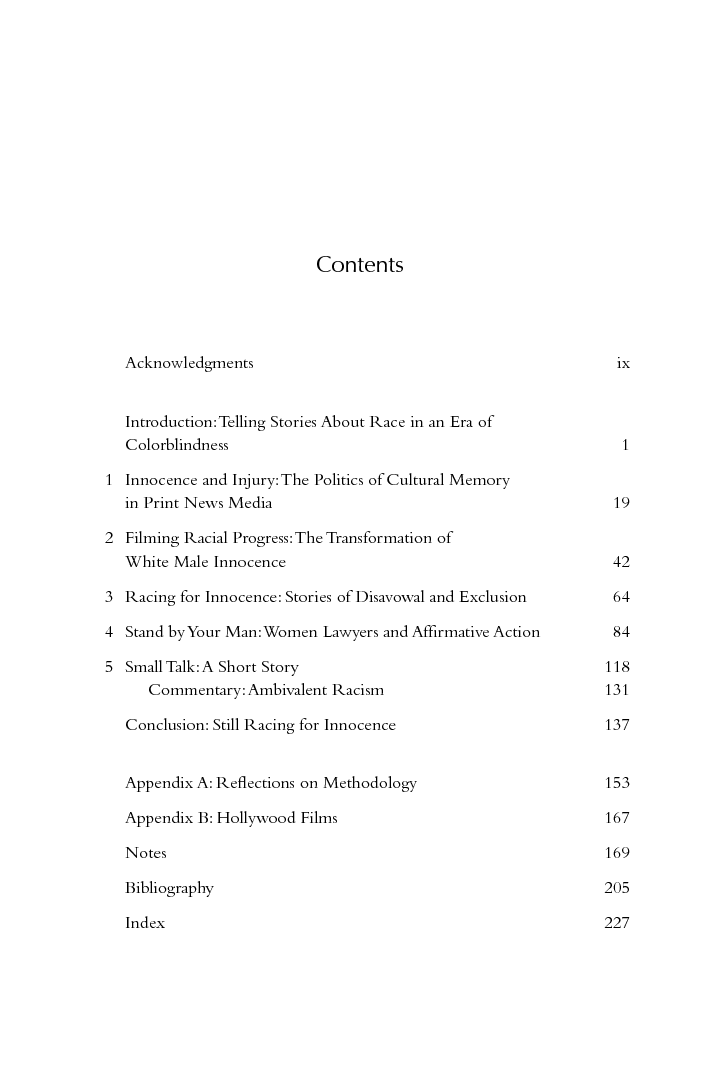