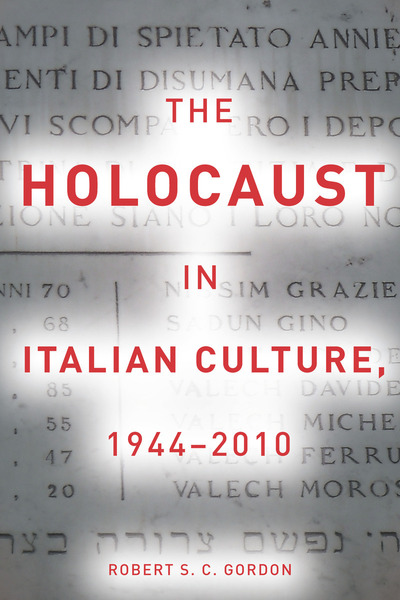 The Holocaust in Italian Culture, 1944–2010 is the first major study of how postwar Italy confronted, or failed to confront, the Holocaust. Fascist Italy was the model for Nazi Germany, and Mussolini was Hitler's prime ally in the Second World War. But Italy also became a theater of war and a victim of Nazi persecution after 1943, as resistance, collaboration, and civil war raged. Many thousands of Italians—Jews and others—were deported to concentration camps throughout Europe. After the war, Italian culture produced a vast array of stories, images, and debate through which it came to terms with the Holocaust's difficult legacy. Gordon probes a rich range of cultural material as he paints a picture of this shared encounter with the darkest moment of twentieth-century history. His book explores aspects of Italian national identity and memory, offering a new model for analyzing the interactions between national and international images of the Holocaust.

Robert S. C. Gordon is Professor of Modern Italian Culture at the University of Cambridge and a Fellow of Gonville and Caius College. He is the author of Primo Levi's Ordinary Virtues (2001) and 'Outrageous Fortune': Luck and the Holocaust (2010).

"Gordon's novel contribution to the field of Italian Holocaust studies is a needed overview of the dynamics underscoring the national struggle between the historical position of the witnesses (epitomized in Gordon's work by Levi) and the pull of those ahistorical perceptions that slowly but surely end up constituting, one decade after another, the edifice of what Maurice Halbwachs famously named 'collective memory' (La mémoire collective, Paris: Presses universitaires de France, 1950)."

"There can be no doubt about Gordon's erudition or scholarship, and we must be grateful for his having written the first comprehensive account of Italian responses to the Holocaust . . . Ultimately the great value of Gordon's book lies in the fact that he brings some structure to the extremely diverse mosaic of Italian memories of the Holocaust."

"A major strength of Gordon's book lies in moving smoothly between the different foci of his subject, providing chronology and historical detail where necessary, highlighting debates and, above all, making historical complexity and its cultural manifestations accessible to the general reader through short systematic introductions, summaries and recapitulations of the main points of each of the ten chapters of the book . . . We are all indebted to Professor Robert Gordon for his remarkable elucidation of the interconnected, multifaceted links joining contemporary Italian culture with the Shoa. His book is an indispensable, standard reference and guide to future developments in this area of Italian public life."

"This outstanding book fills a critical gap in the literature and has profound significance for the study of Italy and for the memory of the Holocaust."

"Gordon has written an important book on memorialization of the Shoah for Italians and non-Italians alike."

"This book will change the way the relationship between the Holocaust and Italy is understood. Through the use of a wide range of materials, Robert Gordon analyses the tortuous and complicated ways in which the Shoah was narrated, remembered, misunderstood, forgotten, and then rediscovered. This is a fascinating story, told here with great elegance, verve, and passion, but also with scrupulous attention to detail. Essential reading for all students, researchers and historians working on post-war Italy." 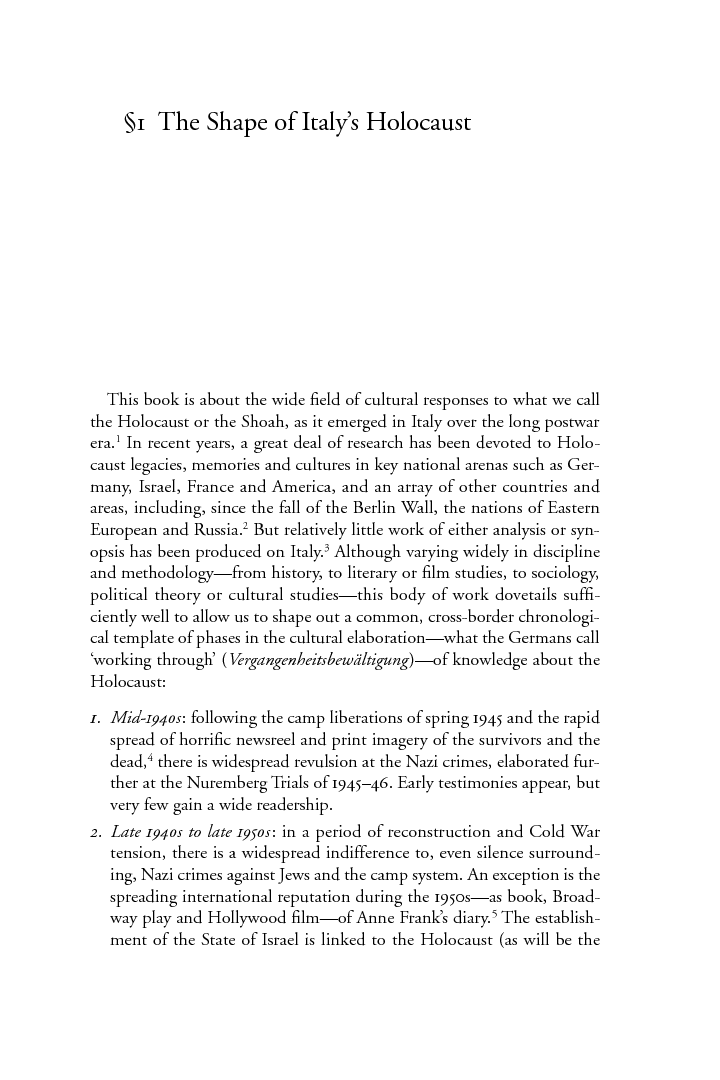 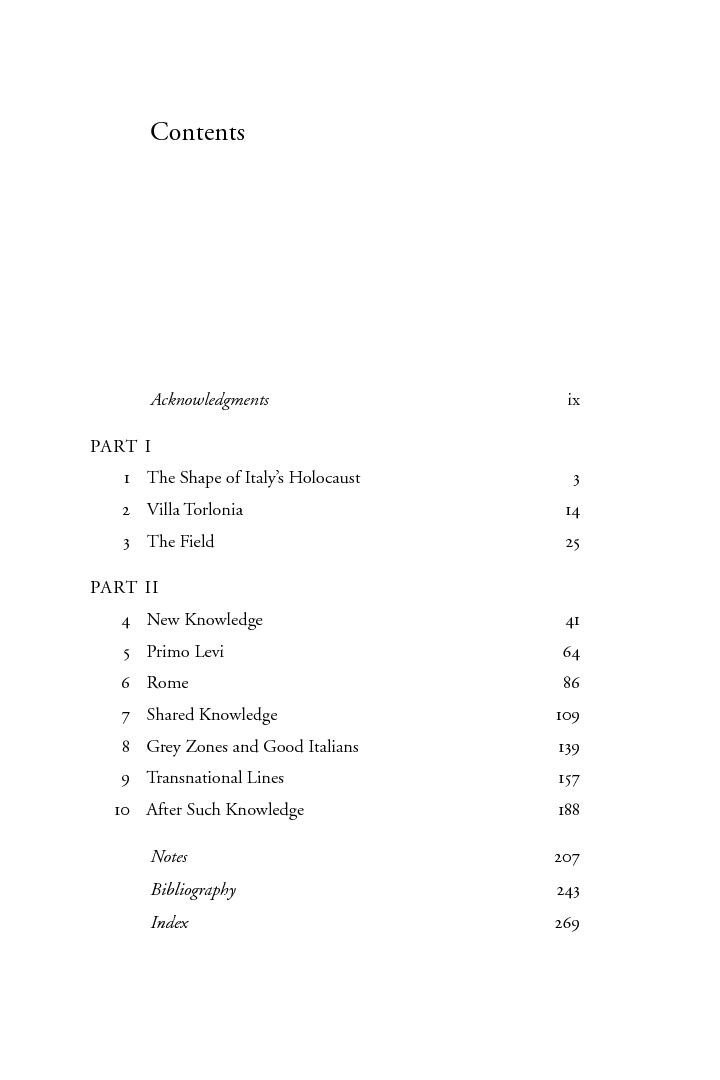